Guy Refuses to Give a Pregnant Woman His Seat, Gets Exactly What He Deserves.

Twitter user Brydie Lee-Kennedy, a woman 8 months pregnant, had the misfortune of running into a guy who thinks it is, and she did not hesitate to share her tale of woe on the public forum.

One seat left… exhausted and carrying extra weight… and some guy thought his bag (and hand) needed the space more than she did?! Oh come on man!

So she sat on his hand and his bag, which apparently he still refused to move…so they spent the rest of the ride in some sort of silent standoff.

Plenty of other women chimed in to share their stories of similar occurrences. 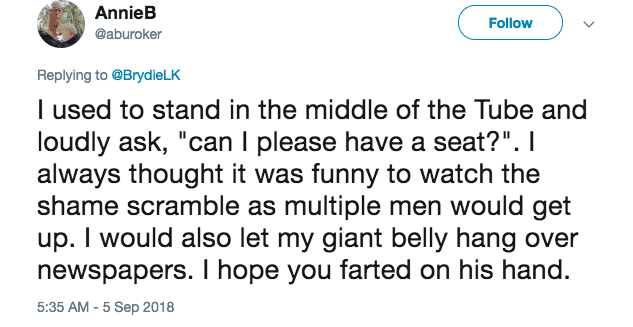 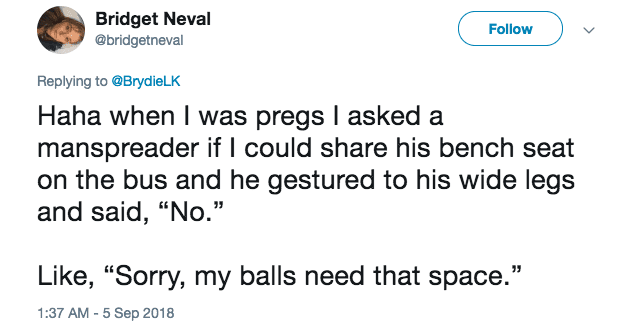 All of them are my heroes, and braver than I would have been in a similar situation, though the discomfort caused by late pregnancy often causes one to lose one’s filter.

This one, though, is my favorite. It honestly needs to be a scene in a movie. 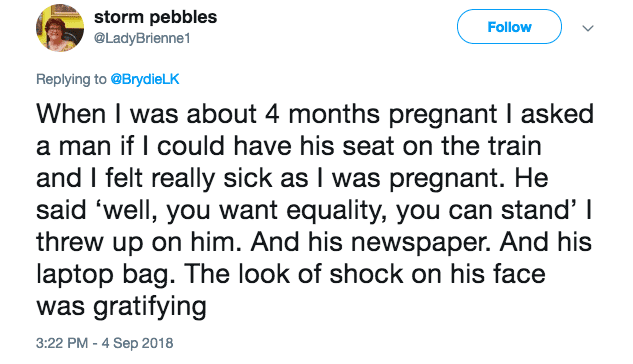 Long story short? Don’t be stupid, rude and obtuse. Pay attention to the people around you who aren’t having the best of days.

And get off your ass if a giant pregnant woman is standing near you.