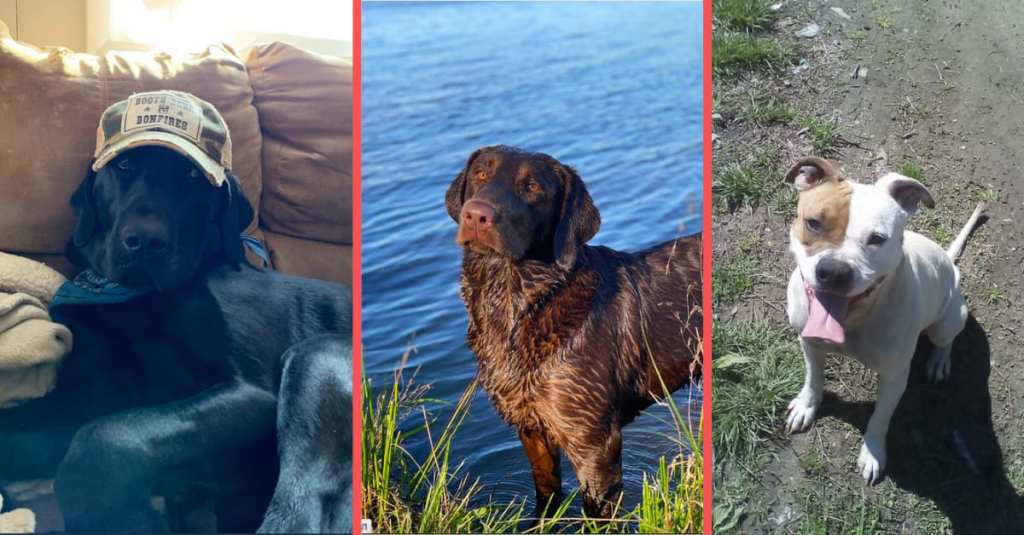 We all love our pets and are willing to pamper them way more than they probably need. And companies know it.

Last month Anheuser-Busch announced a new product, Dog Brew, and they’re looking for a dog to be the “Chief Tasting Officer” for the new canine beverage.

What exactly is Dog Brew, you ask? According to the company’s website:

Busch Dog Brew is an all-natural product and contains only fresh ingredients. Made with vegetables, herbs, spices, water, and pork broth to provide your best buddy with a nutritious and tasty snack that helps to promote a healthy digestive system. Bone broth is also a great way for dogs who struggle to eat solid food to get all of their extra nutrients. Your best friend is going to love it. We’re pawsitive.

As someone who used to make pork bone broth from scratch to help my elderly dog digest her kibble, let me be the first to tell you, you don’t need a taster-in-chief. Dogs everywhere will lap that right up.

But since Busch didn’t ask me, they tweeted about their search for the perfect spokes-dog:

And stage-mom pet parents everywhere came out in force with their best friends’ resumes.

With a name like that, how can you say no?

I’m Brew, a 3 year old Lab/German Shorthaired Pointer. My mom says I have the perfect name to be the CTO for Busch Dog Brew. I have a huge personality and I’d be the best pup for the job! pic.twitter.com/BqoN31193i

He just can’t get enough.

Hi, I'm Dave the Corgi. As a ten month old puppy I've got lots of energy and a health appetite. I just tried Dog Brew and love it. I even made a video I love it so much. #BuschCTOcontest pic.twitter.com/ULAd77ATir

Just look at those eyes. He’s ready for his closeup.

Brutus is my 6 month old Saint Bernard Puppy! He will move mountains “and owner” to obtain any piece of food possible! Who better to present to the public Busch Dog Brew than big, bad Brutus! He’ll down that broth faster than anyone can shotgun a Busch’s Beer! #BuschCTOcontest pic.twitter.com/mvLZgafr65

Meet Walker! He is a 3 year old Minature Australian Shepherd. The day we got him we discovered he is deaf! But that doesn't keep him from using his other senses! Look at his sniffer going, even in his sleep! He must have been dreaming about this opportunity! #BuschCTOcontest pic.twitter.com/4ovVWItSoT

A more noble-looking creature you will not find.

Baylee is a 90lb full blooded chocolate lab! She absolutely LOVES to swim and play fetch! She loves all treats and will always be on her best behavior when treats are around!! Who could be anymore perfect than this beautiful big girl?!! #BuschCTOcontest pic.twitter.com/TInpGITdHV

What better snack pairs with a brew, honestly?

S'mores:
Her qualifications are being a good girl! pic.twitter.com/o5D2BYrRRJ

He’s got the energy and he’s ready to party.

Hi folks!! I'm the fabulous WOODSTOCK!! I'm a Min Pin, ten years old going on two! Always ready for fun and I jump for joy to express my happiness. Attached are some pictures my human mom took. Thank you for considering me. All the best, Woody pic.twitter.com/DJvpPcxrfi

Don’t worry about her age. You can teach a baby puppy new tricks.

#BuschCTOcontest
This is my playful loving Luna. She’s a young (be 8mo on 5/4) miniature dachshund. She’s a very smart and clever little girl. Because she’s young she can be trained and taught to do new things. Unlike older dogs that are set in there ways. It only took about…. pic.twitter.com/eF7HoqAod3

They’ve got experience, and they’re bringing the receipts.

Layla & Wyatt | Qualifications – they clean up all of my spilt beer and carry empty cans to the recycle bin. Also have deposable dew claws capable of cracking open a cold one #buschCTOcontest pic.twitter.com/EFnMThGxLz

Look at that profile. Have you ever seen a more qualified candidate?

She's a border collie/cocker spaniel mix
Qualifications
1. she's listens very well
2. She loves pictures
3.she loves the outdoors
4. She loves beer
5. She will steal your bush lattes if left unattended, and drinks them out of the can pic.twitter.com/wVVwtZIyXg

We used to call them mutts, but who better to promote a good boy drink?

This is Blaze.
Turns 3 on mother's day. Loves to play with balls. Loves to track. Only drinks Busch. He is a bull mastiff, Gator pit, Colby pit mix. He would love to win this. #BuschCTOcontest pic.twitter.com/leQ4X3roPY

How many CTOs does Busch need? Because I wouldn’t want to be the one who has to choose between these good boys.

Which one is your favorite? Tell us in the comments.