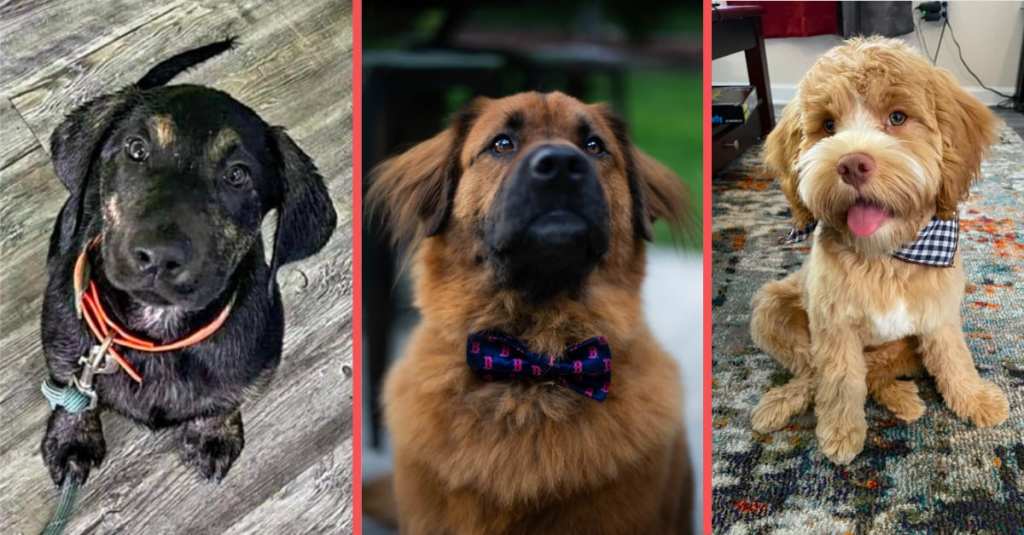 It’s an old adage that “dogs are a man’s best friend” for a reason.

Asking little more than food and belly rubs, devoted to their person, these furry companions give us as much in return as we give to them.

Personally, my aging floof continually teaches me so much about love, resilience, and keeping a schedule.

Companies the world over have long figured out that the way to a person’s heart flows directly through their pet.

That’s why Busch’s (of beer fame) have created a new broth-based “Dog Brew,” so that you and your BFF can kick back and enjoy a cold one together.

And when they put out a call on Twitter looking to hire a new Taster-in-Chief, pet parents across the country lined up to put their favorite pooch on the list.

YOUR DOG could be hired as our Dog Brew Chief Tasting Officer w/ a $20K SALARY.

As our pawfessional taste-taster, they'll be the face of Busch Dog Brew.

Reply w/ your pup's pic & their qualifications w/ #BuschCTOcontest for their chance to get the job. pic.twitter.com/a9PGykWZGj

I can’t say I blame them. These days it’s a lucky dog that finds a job with insurance.

Of course EVERY dog is the very best boy or girl, but here are 13 absolute stunners.

That extremely boop-able nose is ready to bury itself in a bowl of brew.

Chase: Just a fluffy pup who wants to have a beer with his owners ? pic.twitter.com/zrjcgOaoAl

He can provide feedback in three languages (Spanish, English, and Labrador).

This is Bernie he might be young but he’s a foodie he’s bilingual and also a “Florida dog” he’s little special since he’s a mis marked Labrador but besides being a good boy he’s a social butterfly! #BuschCTOContest pic.twitter.com/e82CGZHrJ9

You can see it in his eyes that he’s ready for this new challenge.

This is my sweet Edi. He’s super social, loves bigger dogs and all people. He loves to pose for the camera; as you can see! Everyone falls in love with his beautiful eyes. Most say he looks like a little teddy bear. #BuschCTOContest pic.twitter.com/5HV8jWIN4Q

Look how happy she is to meet you.

Qualifications:
? She’s got hops
? She never turns down a snack
? She dreams of being more like freelancing mom and beer loving dad
? She is photogenic as heck
? Born + raised in beer drinking town Buffalo#BuschCTOcontest pic.twitter.com/HOirUlJSxF

He’s accustomed to the finer things, and knows how to shake.

My name is Hustler Jack and I'm a good boy!
As your pawfessional taste-taster, I'll be the perfect face of Busch Dog Brew.

My qualifications are I know how to sit and give you my paw. I'm very food and beverage motivated and can't wait to taste Busch Dog Brew!!#BuschCTOcontest pic.twitter.com/XXbHJws22c

He’s ready to get the party started.

Hi I’m Cassius ? i love cooling down on a hot summer day in any body of water, and a Busch Dog Brew would pair well this this. Pick me and I’ll show the rest of the dogs how to PAWty. #BuschCTOcontest pic.twitter.com/5B793mxtve

7. Owen Wilson, Not the Actor

He’s got lounging down to an art.

This is Owen Wilson. Accomplishments include stealing butter, mastering the Ear Kaboom, not fitting in a chair & being kind. #BuschCTOcontest pic.twitter.com/9bjQL8O84Y

Not quite as ferocious as she thinks.

Hi I’m Roxy and after a ruff day, I like to kick up all 4 paws and sniff out a few beers. I have a furr-ocious appetite. After a few Busch Lights I feel like I have a new leash on life.

Reporting for duty and ready for adventure.

These are my pups Bear & Koda. They would both be excellent candidates. Qualifications include: great smiles, love of adventure, bubbly personalities, experienced models, and a love of all things tasty. ? #BuschCTOcontest pic.twitter.com/t770d4aO9N

COMES WITH HIS OWN BARREL! I mean come on.

A natural Busch Dog Brew drinker from 11 weeks old to now! Weighs approximately the same amount as 154 dog brews, meaning he is ready & equipped to throw some back! #BuschCTOcontest ? pic.twitter.com/lBJ8c6rv6C

He has his own actual resume.

Meet Boomer Mac, a working class dog born and raised in Beer City, USA!
He is a pawfessional taste tester with a sophisticated palate and would make the perfect Chief Tasting Officer for Busch’s Dog Brew. He won’t drop the ball just check out his resume!#BuschCTOContest pic.twitter.com/c9bw4mWCIk

A player with a heart of gold. Sounds like a dragon from Harry Potter.

Meet Ryder. 8 year old Rhodesian Ridgeback. Goodest of boys. Pure ladies man. Everyone who meets him wants to have a dog like him. If he approves of the brew them everyone will want some #BuschCTOcontest pic.twitter.com/21sqSEnQ7v

He has overcome so much just to be here.

Charlie is a rescue pup who loves to play and loves @BuschBeer !
He’s a master of sit, fetch, and puppy kisses. Squirrels are his worst enemy and he loves most people. Oh and he’s headed to @HarvardHBS this fall! #BuschCTOcontest please pick Chuck! pic.twitter.com/Rw9ZdlHayu

These doggos definitely brought the credentials, and I hope they all get to enjoy the spotlight.

Which one would you pick? Drop their name in the comments.