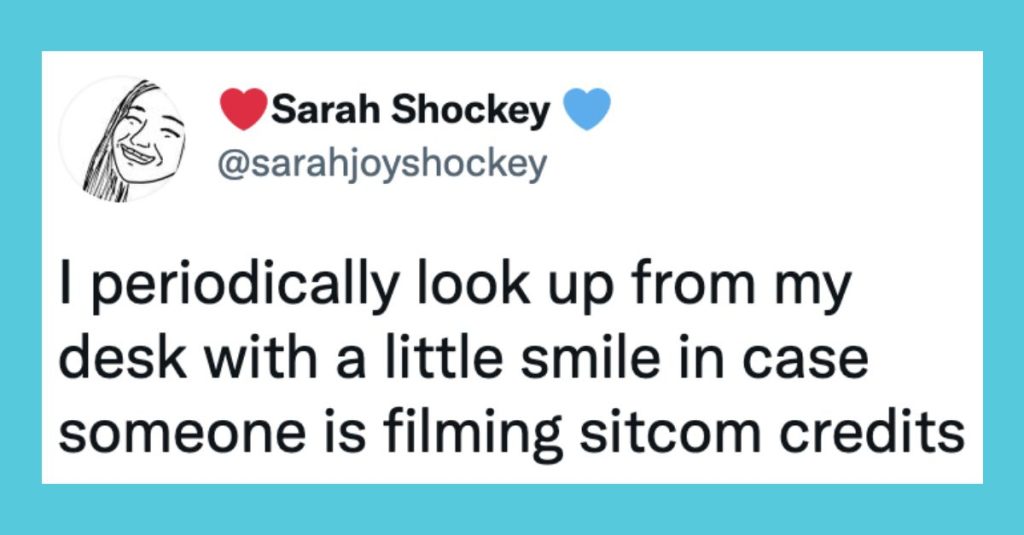 Instead of focusing on all the bad news about how the world seems to be ending, we prefer the funny stuff that gives all of us a little break from reality.

Because laughing is good for you!

If you don’t believe me, I think the hilarious tweets you’re about to see will change your mind in a hurry. A BIG HURRY.

Are you ready to dive into some funny business from people on Twitter?

1. Sounds a lot better that way.

The other way…not so much.

I hope when I inevitably choke to death on gummy bears people just say I was killed by bears and leave it at that.

2. You need to know the terminology.

3. That works every time.

Your dad’s domain. No doubt about it.

doc: "your dad's been in a coma for 9 days, we're running out of ideas"
me: "let me try" [goes to adjust thermostat]
dad: [opens one eye]

But I’m still waiting for it to happen IRL…

people are looking at the conveyor belt waiting for their luggage to come out. suddenly i emerge, sitting on a picnic blanket eating dinner

5. A lot of harsh truths in this meeting.

Let it all out.

Dads Anonymous
DAD: go on, it's safe here
ME: sometimes I don't cut the grass in a pattern
*one dad vomits, another stops grilling entirely*

You know, just in case.

And who have you been with?

8. Time to blend the night away.

I spent $200 on a blender so everything getting blent idgaf.

9. I think about this all the time.

Those moments need to be private.

Is it too much to ask to just stand on a mountain, holding my sword aloft as lightning strikes it without some asshole painting me?

[After losing a rap battle]
"How did he get a hold of my credit score?"

11. I can see how this would be annoying.

What are today’s specials?

hm can't decide what i want to order. what do you recommend on the menu? what are the chef's specials? what did the car in front of me get

Realized I never said "unquote" after reciting a famous poem in 10th grade. Sorry if you thought everything I've said since is Shakespeare

I told you those musings would be hilarious!

And, as usual, I came through with flying colors. Again.

Just trust me from now on, okay?

In the comments, please share something funny that caught your attention recently: a tweet, a meme, a joke, etc.