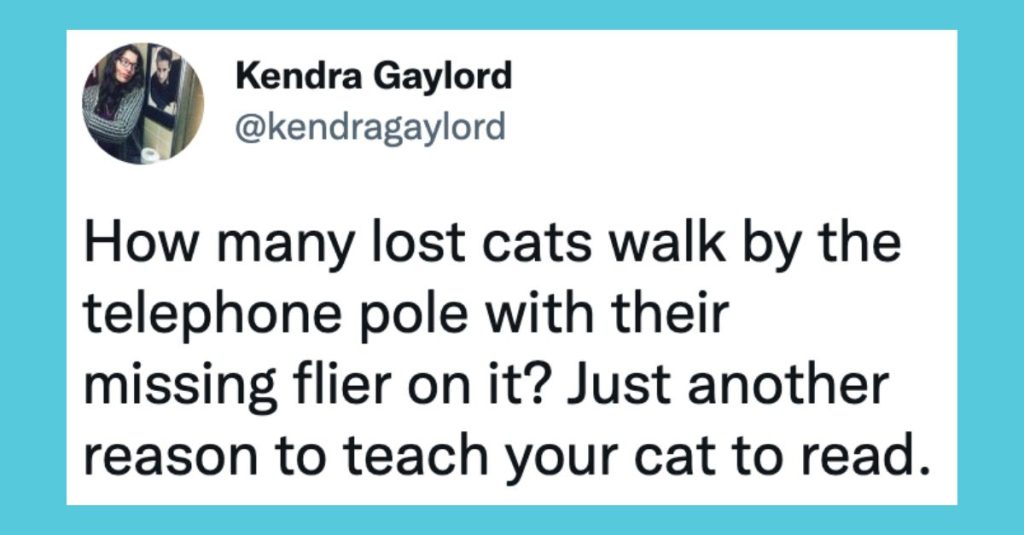 Enjoy This Collection of 13 Funny Tweets

Okay, my friends (and probably a few enemies…let’s be honest), we’re here today to bring you some hilarious tweets that were almost 100% certain will make you laugh and will bring a big smile to your face.

Twitter can be intimidating, so it’s important for YOU to rely on US to sort through everything and only deliver the good stuff.

Here are 13 more hilarious tweets for your enjoyment.

And he has the original pressing on vinyl.

HIPSTER COP: *into radio* "We've got a 13-88 in progress…it's a pretty rare crime, you probably wouldn't know it"

2. I’ve thought about this many times…

Something for everyone to ponder.

Have we considered that millennials might be so lazy because their generation doesn't have a hit song about taking care of business?

3. That’s against the rules.

So don’t ever do it again!

4. Not that kind of attack.

Now look what you did!

Karate instructor: Come at me with an attack and I will defend it.

Me: You are stupid.

5. Kinda morbid when you think about it.

But let’s play anyway! With children!

Hangman is a great game to teach kids that if they don't learn how to spell, they could be put to death.

They probably don’t even notice. This is a big problem.

How many lost cats walk by the telephone pole with their missing flier on it? Just another reason to teach your cat to read.

But was it the right choice…?

8. Kind of backfired on the bartender…

But you learned something new!

You need to come up with some new material.

She: But WHY are you breaking up with me? Please tell me honestly.
He (sigh): Ok It's…your "signature sex move"
She: Judgmental Corpse?

No need to actually go out into the woods.

I’ve never been camping, but once my phone died and I looked up and saw a tree.

Once and for all!

My wife asked why I carried a gun around the house. I told her:fear of CIA. She Laughed, I laughed, the Amazon Echo Laughed. I shot the Echo

Just being honest with you…

“Welcome to subway how can I-“

Me: (punches the counter) WHY DOES THE KOOL AID MAN CARRY A SMALLER PITCHER OF KOOL AID

Me: IS IT HIS PISS

The sharks better be careful out there this summer.

Two Ways Sharks Can Die:
1. if they stop swimming
2. if they start swimming (into my fists)

What else can you really say???

Have you seen anything on social media lately that really made you laugh?

If so, please share it with us in the comments.