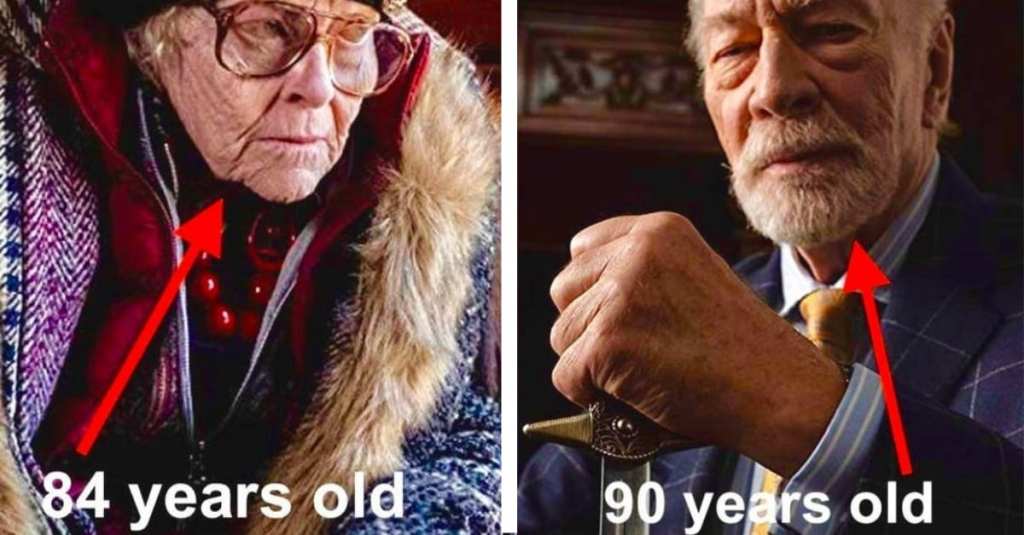 Ah – cinema. If there’s anything that I’m craving as soon as all this madness is over, it’s a night out at the movies. Or several. Several nights, several movies, I don’t care, just get me out there.

Streaming can only do so much to fill the theater-sized hole that’s left after several months of lost premieres and popcorn-fueled adventures. And I really miss the magical feeling of slow-boiling rage at the kid behind me who keeps kicking my seat.

So until we can get back to that magic, here are 13 fun Hollywood factoids to tickle your brain!

13. A particular set of skills

Apparently Liam Neeson agreed to play the antagonist in Seth MacFarlane’s A Million Ways to Die in the West partially to take on a challenge laid down by a Family Guy cutaway, in which they poked fun at out how out place his accent might sound. 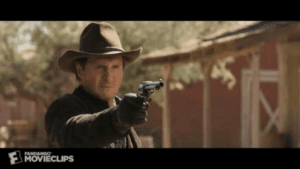 Did you ever notice how Morpheus and Neo form a sort of Yin Yang symbol while fighting in The Matrix? 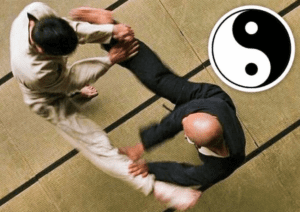 In Knives Out, Great Nana Wanetta is actually 6 years younger than her “son,” played by Christopher Plummer. 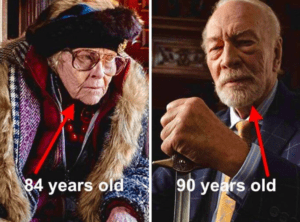 Rocky is an iconic movie now, but at the time of filming it was the passion project of a basically unknown Stallone.

The scenes in the Italian marketplace feature real amused reactions from people who had no idea why this guy and a bunch of cameras kept running up and down the street. 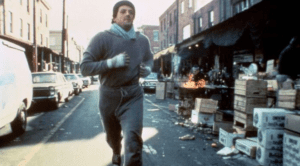 In Event Horizon, the union jack on the Australian flag patch has been replaced with an Aboriginal flag – something the filmmakers thought would be a nice nod to what might be happening in 2047. 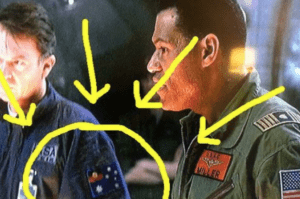 It’s not just editing – Bill Murray really bowled three strikes in a row in one take while shooting Kingpin. 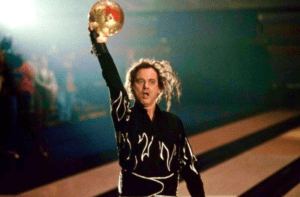 The language the coffee-obsessed aliens speak in Men in Black is “Huttese,” the same fictional language created for Jabba the Hutt. 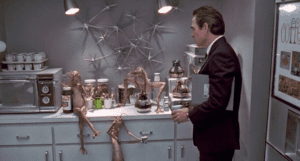 The idea to use coconuts in Monty Python and the Holy Grail came from the very real restriction that the production just couldn’t really afford horses. 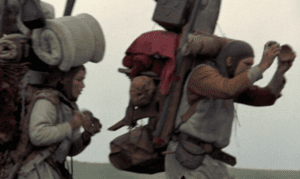 Here’s a behind the scenes tale of some unexpectedly genuine reactions on the set of Harry Potter and the Chamber of Secrets. 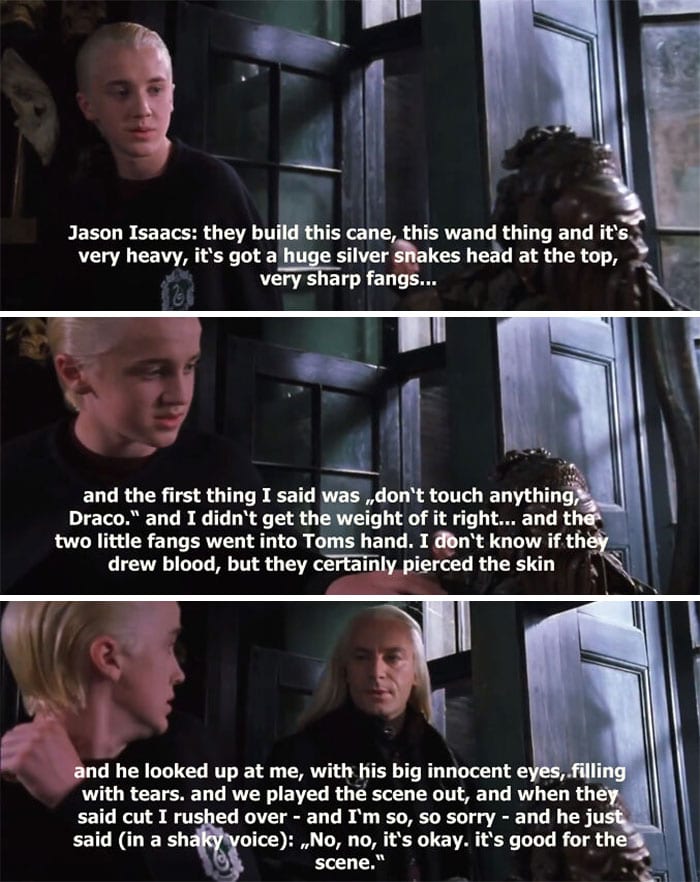 Here’s a subtle joke you might have missed in Asterix Conquers Rome – Asterix indicates the number four not by holding up four fingers, but by displaying a “IV” gesture. 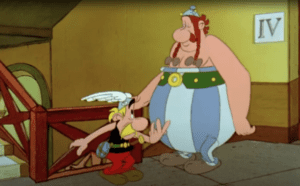 Apparently Sean Bean’s Council of Elrond speech in Fellowship of the Ring was rewritten last minute, prompting the actor to tape the new lines to his knee for quick reference.

Is he really frustrated in these meme-able grabs, or is he sneaking a peek? 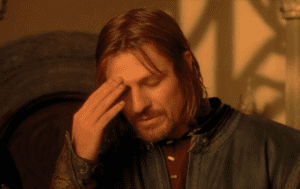 Director Terry Gilliam took Brad Pitt’s cigarettes away from him to hit the manic, agitated tone he was looking for in 12 Monkeys. 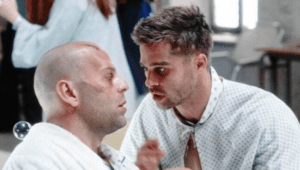 If you look closely, you can see a headshot of the notorious Ruth Bader Ginsburg during the squad interview scene in Deadpool 2.