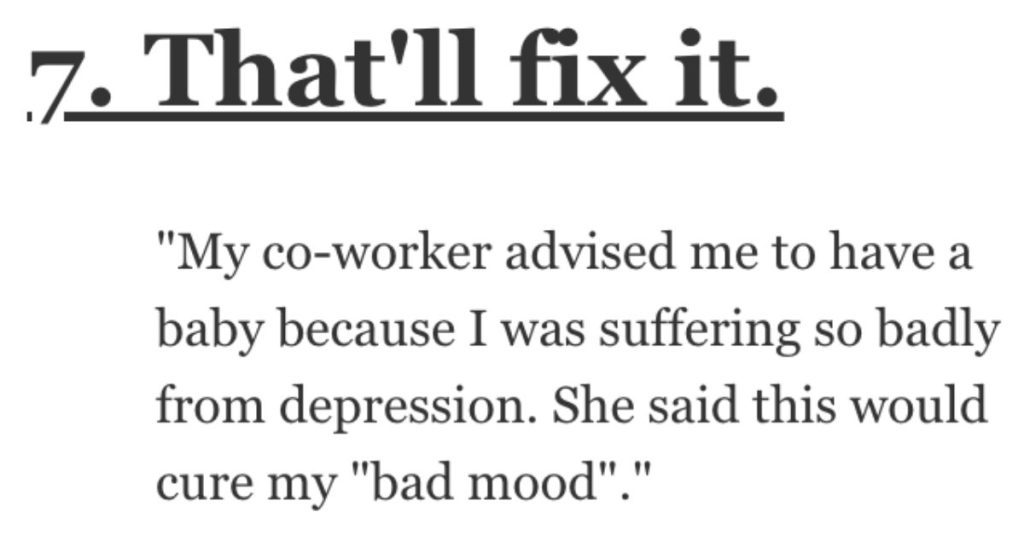 I should probably work on that…

Anyway, AskReddit users shared the worst advice they’ve ever received in their lives.

“Work through the pain, it will make your back feel better.

“When I was an aspiring educator, I received a lot of scary advice about how school teachers should run a classroom from people who were well intended, but were completely out of touch.

The most memorable was from a woman who had been a special education teacher for years and her nugget of wisdom was to “never say sorry to a student and never admit you’re wrong.” My philosophy as a teacher could never be more opposite.”

It was Lyme Disease and I nearly d**d.”

“My father once told me, when I was in my teens, “don’t ever try anything new because you might fail”.

That’s like the opposite of what good parents are supposed to say.

He had recently went out and tried a career change and failed.”

“”Kick it to see if there are anymore bees inside.”

There were plenty of bees still inside.”

“My co-worker advised me to have a baby because I was suffering so badly from depression.

She said this would cure my “bad mood”.”

“In 1984 I was told by a friend’s mom that computers were “a fad” and that I shouldn’t major in computer science in college.

I ignored that advice, it was obvious even then this was a crazy take.”

The writing was engraved on the wall by that time.”

“”If somebody’s mean to you it’s because they like you”.

Can people please stop telling kids this? I used to believe it, too.

Yeah, maybe sometimes it’s true, but most of the time it’s not! Especially above the age of 7.”

“When my mom was dy**g in hospice, a coworker of mine told me I should at least let her family know, even though my mom told me she didn’t care if they knew or not. Well, I let them know, and I definitely regretted it.

The sister and her kids made it an entire dramatic ordeal and had to be removed from the room. Her brother didn’t even call or text, just sent his dingbat wife who didn’t even notice my mom had already passed. Haven’t heard from either of them in the year since she’s passed.

My mom was right.”

“A guy who was stalking me sent flowers to my workplace (I hadn’t told him where I worked).

A coworker of mine said that was such a sweet gesture, and I should break up with my long-term boyfriend and date this guy instead.”

“”Live above your means. It motivates you to do better”

Had a sales manager basically say this. Honestly don’t remember how the conversation got there, but was told “we need to get you some debt so that you will stay motivated”.

I preferred to live below my means so I could tell him to f**k off whenever I pleased.”

In the comments, tell us what you think is the worst advice you’ve ever received in your life.