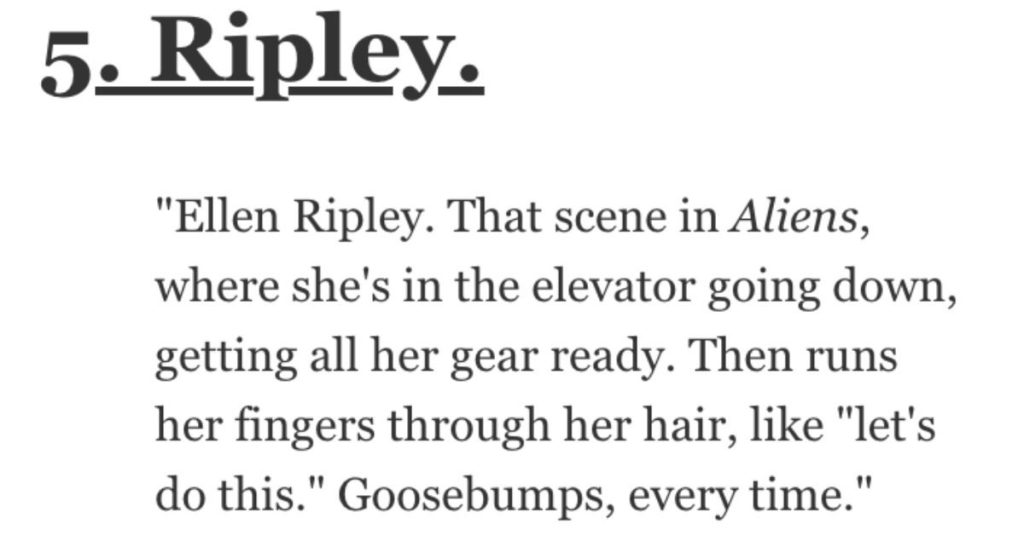 When we say the “coolest” fictional character, what we really mean is the most bada**, you dig?

And these responses are going to be a whole lot of fun because there are so many great ones to choose from!

Check out what AskReddit users had to say about this!

“”Everyone, this is Alfred. I work for him.”

Alfred is the true main character.”

She is the definition of bada**.

Overcame literal paralysis in order to go get revenge on the people who ruined her life.”

I always wished there were more Snake Plissken movies.

He’s such a great character.”

Dude was stealing hamburgers when they only costed like a quarter.”

That scene in Aliens, where she’s in the elevator going down, getting all her gear ready.

Then runs her fingers through her hair, like “let’s do this.”

Even his wallet said so.”

“Carmen Sandiego from the 1990 Animated Series.

Has the capability and resources to steal entire landmarks, historical buildings, etc.

Just to prove that she can do it. And always escapes from the Acme detectives.”

The b**ch got into Harvard and proved everyone wrong. She changed a whole generation of women.

He’s not exactly the boogeyman.

Who is the man who would risk his neck for his brother man?”

Dude took out half that building’s terrorists after running barefoot across a floor of broken glass.”

“When Jack Bauer was born, the first words out of his mouth were “THERE’S NO TIME!”

Los Angeles once named a street after Jack Bauer but had to change the name after so many people died while crossing it.

No one crosses Jack Bauer and lives.”

Who do you think is the coolest fictional character?