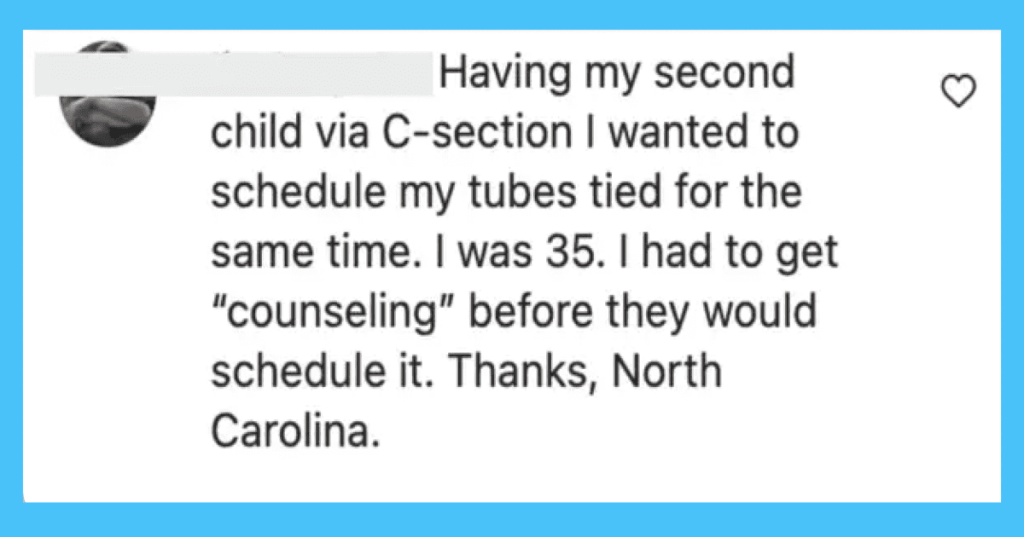 If you know, you know…and if you don’t, let me tell you all about how difficult it is for a woman to get a doctor to listen to her requests for sterilization.

The decision whether or not to carry a pregnancy and raise a child are intensely personal ones. People decide for or against for all kinds of reasons. Sometimes they decide early in life, sometimes later, and sometimes this discussion is just more about knowing when you’re done with that phase of your life than anything else.

Doctors, though, can seem to think the decision should involve them in some way. They often try to talk women out of sterilization procedures regardless of their age, but if you ask for one while you’re child-free and/or younger than 40?

You can pretty much expect an uphill battle.

This fact is supported by thousands of stories all over the internet – and here are 13 that should prove the point.

Sir, I have decided to have kids. I can decide not to, as well.

And why do they assume they haven’t already discussed it?

11. Relieving that stress every single month.

What a gift they finally decided to give her!

10. We’ve already made this choice.

9. They made her go through all of that… 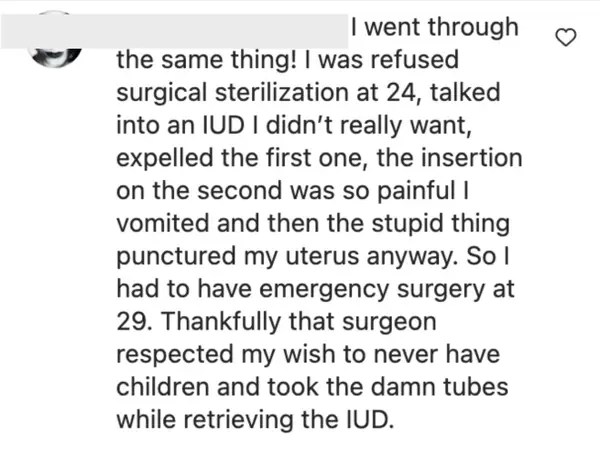 That’s the only thing that’s going to change this.

7. That’s way above the age of consent.

Just do what I’m asking and shut your mouth.

6. He literally doesn’t even exist.

And yet he has more say over my body than I do? 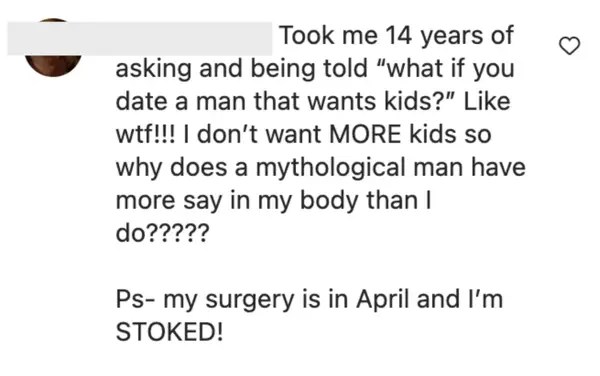 5. You are more important than your theoretical kids.

Say it louder for the people in the back. 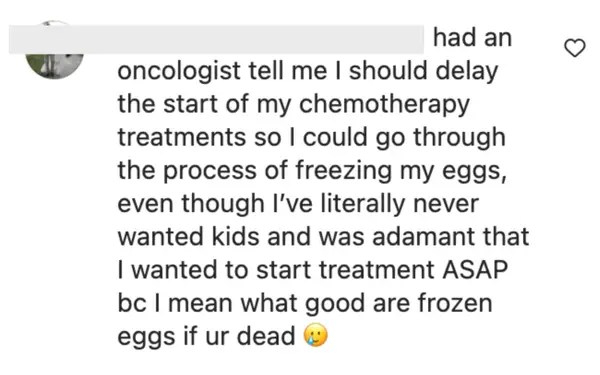 4. Even if he DOES come along, she’s not going to change her mind.

So go ahead, Sir. 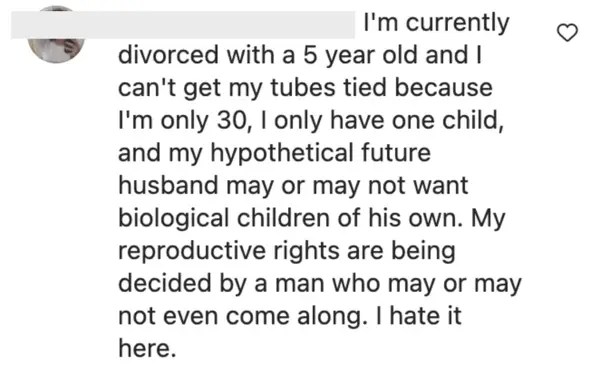 And congratulated myself for not slapping the man. 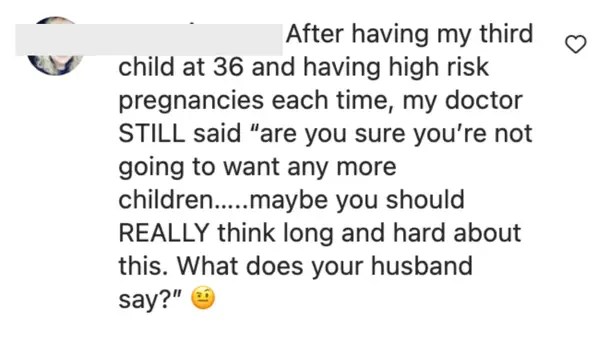 If he wants kids, he ain’t for me. 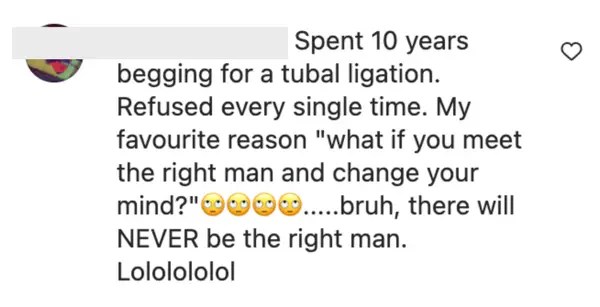 That way of thinking is pretty telling, don’t ya think?

I sincerely hope this changes in the near future, but I’m guessing like (as with most meaningful change) we’ll have to fight for it.

Have you had an experience like this? If so, add your voice down in the comments!