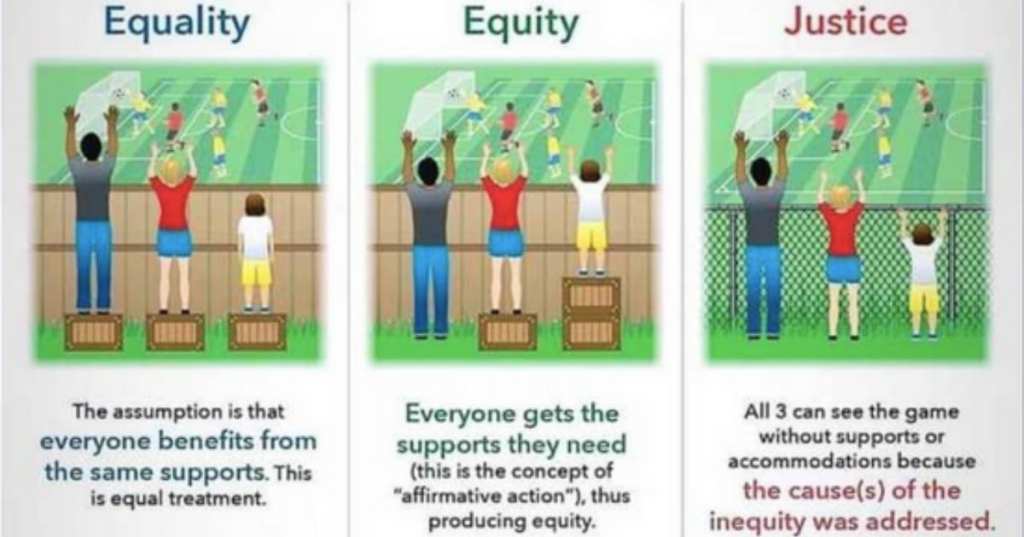 They say “a picture is worth a thousand words,” and it’s definitely true.

Some of us, 65% of the world’s population, in fact are visual learners.

That’s one of the reasons the r/coolguides sub reddit is so popular, providing dozens of cool info graphics and guides.

Here are 14 Cool Guides that really bring the point home and help to simplify complicated topics.

And also not the end of the conversation.

Because there’s more than one way to explain things.

Explanation of the subtle differences between equality and equity from coolguides

Sometimes fainting is just fainting.
But sometimes it’s something more.

In all it’s different forms.

5. How to handle a dementia patient

With empathy, and so as to get your desired results.

How to treat people with dementia from coolguides

6. The actual truth about depression

And what it looks like from the outside looking in.

A more comprehensive guide to symptoms of depression from coolguides

7. And then you add ADHD into that mix

How untreated ADHD causes and traps you in depression from coolguides

8. Can you recognize the signs of mental abuse?

Trauma can take so many forms. So can patience.

9. But there are ways to release “happiness chemicals”

Legal activities, in all 50 states.

Activities that make your brain release happy chemicals from coolguides

10. And how exactly does gerrymandering change things?

You might need some of those happiness chemicals once you see the chart.

How gerrymandering works from coolguides

What is it, anyway? Here’s a handy guide.

From the US holocaust museum from coolguides

12. Or how about the lesser known variations of the Confederate flag?

I saw them once in 8th grade, but that maybe have been the last time.

The history of confederate flags. from coolguides

13. What does “defund the police” actually mean?

Five Demands, Not One Less. End Police Brutality. from coolguides

14. And what even are marginal taxes?

There may not be anything more complicated than the tax code.

Y’all, I don’t know if I even consider myself a visual learner, but I sure do love infographics.

What’s your favorite Cool Guide? Tell us in the comments!