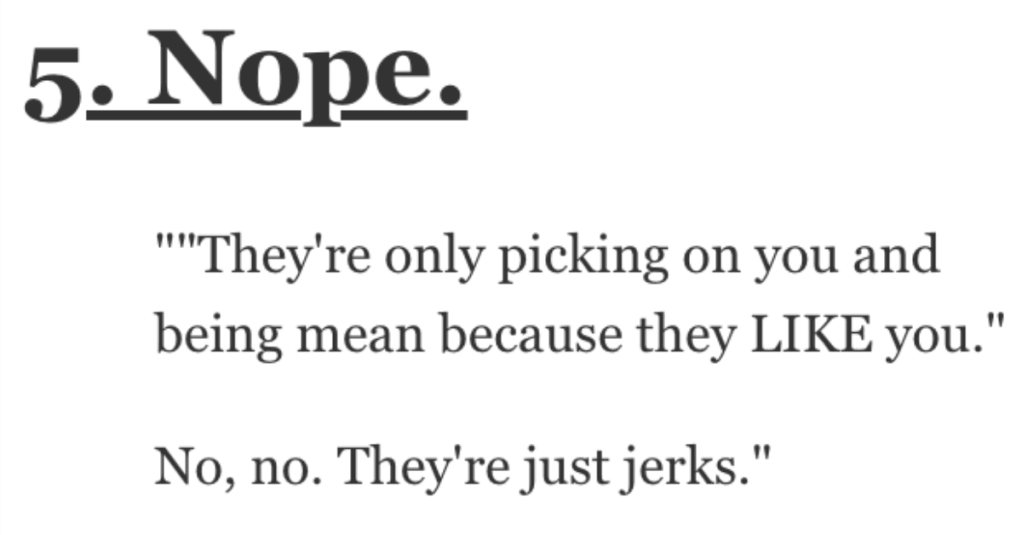 Did you grow up believing that pretty much everything your parents told you was true…until you got a little bit older and realized that maybe they didn’t know what the hell they were talking about?

Hey, don’t sweat it! It happens all the time!

And we’re about to hear some prime examples of that today.

Folks on AskReddit talked about things their parents taught them that they realized were wrong later in life.

I would had k**led to have someone reared me into STEM when I was younger.”

“Animals don’t get cold, they’re made for being outside.”

“If you stop reacting, they’ll stop bullying you.”

“Don’t worry about the college loans! You’re smart, you’ll get a good job and pay that off in a few years.”

“I was mostly raised by my grandparents.

We lived in an all white community and my grandparents believed every terrible thing they had ever been told about black people. I spent my youth being fed those lies but everyone I knew was white and I couldn’t imagine it being true.

When I got to college I met my first non white people and was able to verify that the things they believed just weren’t true.

And luckily both of them realized that before they passed away.”

“That men and women couldn’t be friends

I was raised in a weird religion in which almost any amount of communication with the opposite s** was seen as dating. Regularly texting a girl? That may as well be dating.

It’s a belief that I’ve had to unlearn after moving out so that I could have normal friendships with people.”

“”They’re only picking on you and being mean because they LIKE you.”

“That s** is something to be ashamed of until you’re married.

Then, the instant you say “I do”, that ultimate sinful, shameful act becomes a requirement and obligation.

I know too many people who bought into the first part, and then couldn’t turn it off later in life.”

“They said: don’t be friends with the “bad kids”.

For my parents my whole class were “bad” even they were quite normal. So I ended with no friends because my parents didn’t allow me to go outside with them.

Those “bad kids” are now normal, succesful and friends with each other, but not with me.”

“That crying and expressing your emotions in general is rude, over sensitive and embarrassing.

It’s not. And I h**e that I still feel like a piece of s**t when I can’t hold back my tears. Expressing your emotions is natural and healthy.

Crying is a mechanism to let go of emotional distress instead of overloading your brain.”

“”You are completely lost in your own fantasy world. Keep your feet on the ground. Those things you are talking about there is completely unrealistic. You are going to get a very unpleasant meeting with reality one day.”

“”Don’t trust anyone, ever” said my dad, who is retired with no friends and no social life after frequently burning bridges throughout his life. I was about 8.

It took me almost 20 years to actually learn how to socialize and have trusting, healthy relationships with people.”

“That you can be ANYTHING. There are some things in life that you just will never be cut out for.

My parents told me that I will be the next president if I work towards it.

My family told me I would become an astronaut one day and have millions of dollars and a mansion.”

“That marriage was easy. Ironic considering they never communicated, fought a lot and just never seemed to enjoy each other’s company.

I guess when you ignore your problems, marriage is easy.”

“If you get in trouble at school, it will go on your permanent record.

My Mom would know, she was a teacher. Why would she lie?

Turns out getting in trouble at school did not prevent me from going to college, or getting a job.

I could have been a legend!”

“Well mine are conspiracy theorists so basically everything was nuts and incorrect.

-That I’m autistic because they gave us vaccines at school

-5G and cellphones are k**ling everyone

-There are secret messages in license plate numbers

-My mother and her new guy(s) were going to r**e and/or m**der and/or m**der-s**cide us, though he stopped talking about this one around when I was seven

-That Woody Allen did nothing wrong

-What the age of consent should really be

Absolutely wonderful things to hear as a child. Though he believes in vaccines now that the covid-19 one is coming out soon so there’s minor improvements 30 years later. I think he takes his meds now and he’s dramatically less weird to be around.”

Did your parents teach you things that you later realized were wrong?

Tell us your stories in the comments! We’d love to hear from you!