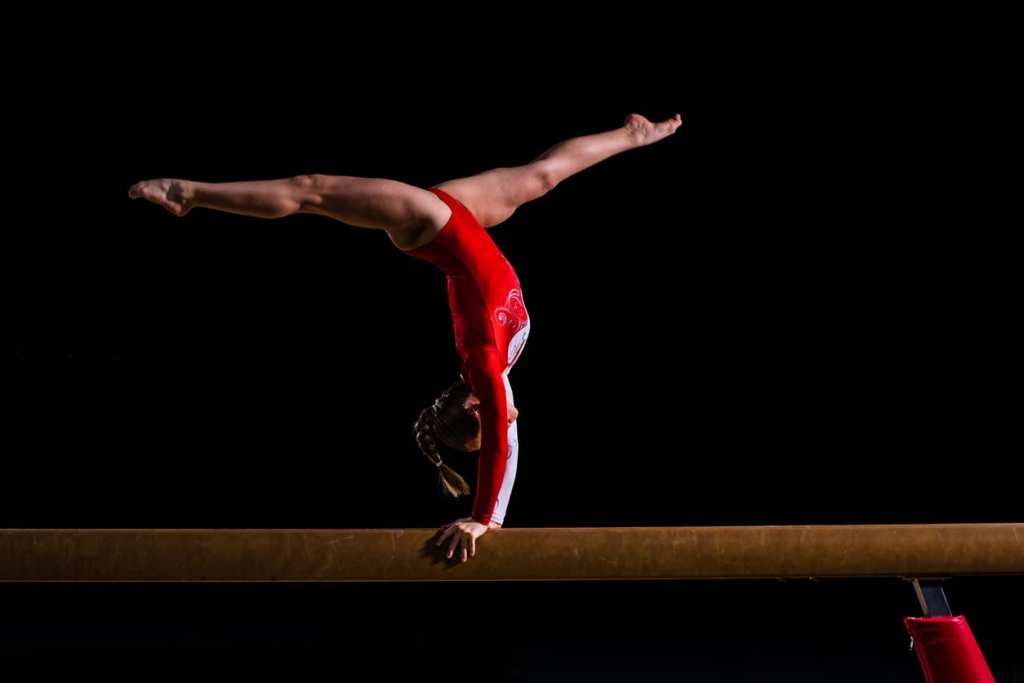 Nicole Clemens, a 37-year-old English teacher and mom of two, successfully completed a gymnastics move that she was too scared to complete at 14 years old, when she was a competitive gymnast. Now a part-time gymnastics coach, Nicole’s fear of doing a round off back layout kept her from moving to the next level as a teen. But she finally tackled it, 23 years later.

Nicole posted a video of the feat on Twitter, “in the spirit of being freaking proud of myself.”

In the spirit of being freaking proud of myself and also knowing I'm about to be fat shamed on the Internet, I present to you me, a 38 year old mom and teacher, doing a thing I was afraid to do when I was a 14 year old gymnast. Next week: add a full (and straighten my legs) pic.twitter.com/4YpFRArgtd

Nicole explained to BuzzFeed how she’s remained so involved in gymnastics over the years. “I put my daughter in a recreational gymnastics class to just keep her busy,” she said. “She took off in the sport and is now a level 9 out of 10. But that means my life has been consumed by gymnastics in new ways.”

She’s now “always in and out of the gym,” she says. Because the sport is so expensive, she started coaching at the gym to offset costs, and she now coaches a small competitive team. She’s also enrolled in adult classes for fun.

That’s where she was able to “learn how to fly.”

Please enjoy this compilation of what me learning a full twist for the first time ever looked like tonight. It was mostly midair chaos and occasional grunting. ?

Good thing the journey is about progress not perfection. Because it's gonna be a long one! ??‍♂️ pic.twitter.com/9TCNmEurCz

“I’ve stuck with it for over a year now because it’s just fun,” she said. “There’s no pressure, no anxiety, just reliving the glory days I never really had and learning to fly. That’s the best part. The simultaneous in-control and out-of-control moment where I get to show gravity who is the boss.”

She showed gravity, all right! Nicole’s bravery is truly an inspiration to us all. On Twitter, she was flooded with positive reactions to her video.

“Thank you for inspiring us – it’s never too late!!” one woman wrote.

This is amazing. I have been watching kids doing gymnastics and I'm super impressed. I wish I had learned to fly through the air and move like a super heroine when I was a kid. Thank you for inspiring us – it's not too late!!

Many fellow moms in their 30s were especially impressed by Nicole’s feat.

To be fair, this is also an accurate representation of me most days. ?

Basically, people are in awe.

We may not all be able to do a round off back layout — but Nicole is a reminder that it’s never too late to conquer your fears, whatever they are.