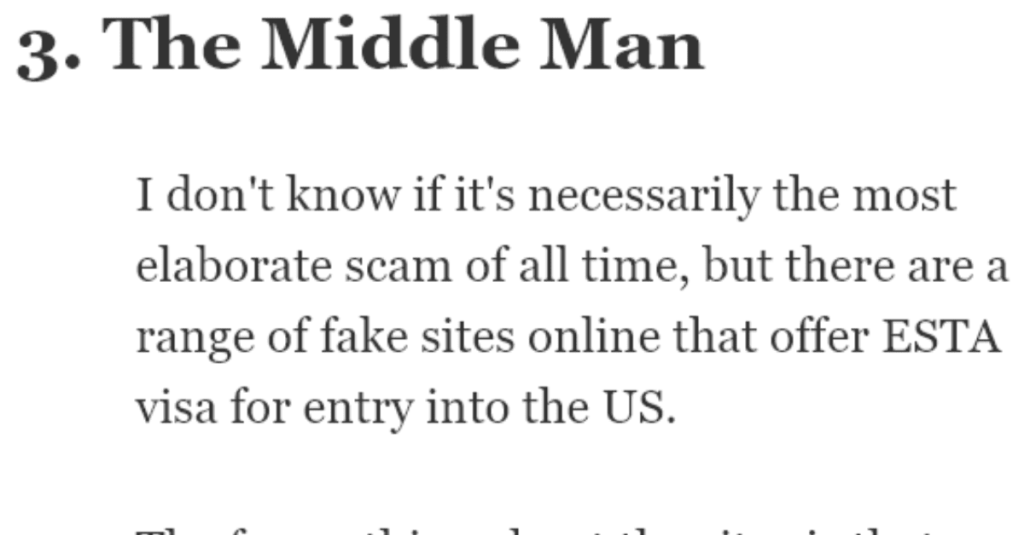 15 Common Scams You Should Really Watch Out For

Scams cost consumers millions upon millions of dollars per year. Sometimes the results are relatively minor; a few bucks unnecessarily wasted. But sometimes the scams hit huge – costing people their homes or health or everything they have.

It’s definitely something you need to keep your eyes open for.

What’s the most elaborate scam you fell for? from AskReddit

But hearing about other scams people have fallen for is a good way to get us inoculated against them. Let’s see what Reddit has to warn us about.

At the start of college one year when everyone was moving into houses in the usual s**tty but affordable part of a college town, a guy walked up to us and said he can get us free HBO, he’d just take $20, he knew a guy.

We’re like cool, he takes out his cell phone, walks a few steps away out of earshot, says check our TV, we go, and lo and behold, HBO! We give him $20 and he walks away.

A week later, it was gone. The dude just called HBO for some free trial week. He must have hit up every college kid moving in that day and made bank.

Not exactly elaborate but this girl in my fifth grade class brought soy sauce in a coke bottle once.

Then she proceeded to “share” it with me and I being the dumb**s that I was straight up open the bottle and chugged it down before even smelling it.

That was a bad day

I don’t know if it’s necessarily the most elaborate scam of all time, but there are a range of fake sites online that offer ESTA visa for entry into the US.

The funny thing about the sites is that they actually process your visa, but they just do it by sending your details to the official site and charging you a hundred dollars or so of idiot tax.

I got caught a few years back and I wasn’t even really mad. It was such an amazingly set-up grift, and what made it even better was that you really had no recourse because they were actually giving you what you paid for.

4. You Shall Not Pass

A website faked itself as official passport department I filled the forms for passport update there made payment and all and in the end realized….

It was fake. Never got the money back!

5. The Prince is Calling

My grandmother gave away my grandparents life savings to a Nigerian scammer. She fell for one of those emails from someone stating my grandfathers long lost uncle died and left them $2 Million and 2 Mercedes and they needed $5K to process the transaction. This went on for close to 2 years. The money was taken slowly.

Each time they called, it was a different excuse. The car was stuck in California in customs and they needed money to get it out. The car was halfway there but ran out of gas, or blow a tire. It was one thing after another. My dad and the rest of the family begged her to stop sending money, but she truly believed in her heart the money and cars were on their way. Sad really.

My dad contacted every government agency there was to try to stop it. But they all said they couldn’t help because she was willingly still giving them money.

Eventually, I think she came back to reality. My grandfather got on the phone and told them he thought they were a scammer and they threatened his life. Said they knew where he lived and such. So, they were paranoid for a while that these guys were going to come after them. It’s been about 5 years since all that happened and my grandfather has passed away. Now my grandmother doesn’t have enough social security to live on and my dad has to send her money to get by because she gave all hers away.

I was 19 and was desperate to get out of my sh**ty job at a lumber mill and start my own business. I was approached by a random dude in a nice suit as I was loading groceries in my car one night and he started talking to me about a business opportunity.

I asked why he picked me out and he said he could tell I had a good work ethic and looked like an honest person. I bought his bulls**t hook line and sinker and travelled to a town an hour away every night for a week for “training”. Eventually I found out that it was essentially a MLM scheme but with smoke alarms. I already had a lot of self confidence issues, and that whole experience just piled it on even more.

I bought my house and moved in, 2 weeks later in the mail comes a water sampling kit and a flier that very much looks like it was from a company contracted by the county to do spot-tests of water quality across the system. It wasn’t, it was a company that wanted to sell me a whole-house water filter.

I told them to f**k off and still occasionally get the sampling kits.

I’ve wondered if they actually test the water or not (I’m guessing not, not even with pennies to buy test strips) and have considered putting mineral oil in one of the sample tubes and sending it back to see if they comment on my water quality when they call to try and schedule an appointment.

Great Yorkshire show, England. Rained all day, all cars stuck in the mud in a field, tractors coming around towing the cars out one by one.

Kid walks around asking for £5 for the tow, hands a raffle ticket to everyone who paid. He was about 30 mins ahead of the tractors getting to the car.

Tractor pulls up, asks for £2 for the tow, everyone tried to hand them the raffle ticket.

Kid had nothing to do with the tractors.

When I was around 12, I really enjoyed playing FIFA Ultimate Team, which I’m sure many others do. However, the game at that point did take quite a bit of grinding to get a lot of in-game currency.

So I though “hey let’s find an In-Game Currency Generator”. So I downloaded like 7 of them on the internet, tried transferring coins to my account, and got 7 viruses. What a shocker

My wife manages a consignment store, and one of her employees fell for this:

Guy calls and says he is Washington State Police (we live in Texas), and that the store is being investigated for tax fraud. The girl that answered is 16-17, and fairly sheltered so she is immediately freaked out. WSP guy says if she doesn’t cooperate she would be added as an accomplice, and such, but she could just get the whole issue resolved.

All she had to do is get $1k out the safe (girl was a key holder, so she does have access to the safe) and go to wal mart, get 2 $500 visa gift cards and give them the numbers to pay the back-tax, then all is fine.

Dingbat did it. Told the other workers she was taking her break, took the cash, got the cards and read off the numbers to the dude.

It was for a job I had recently applied for. I get a text and I had no reason to doubt it since I was on a job hunt and for some reason they were able to determine the position I wanted. They mention that I would need to download a messaging app to conduct a chat interview. Did everything they asked, even the whole “come back tomorrow for the continuation.”

Essentially, the scam is they make you go through that whole process and get you to give your direct deposit (aka bank) information for your “paycheck”. I almost fell for it too and was almost going to send it until I had a gut feeling because the pay was WAY too good to be true.

I contacted the actual company and they fortunately emailed back and said there have been many scams recently and that the text I got was one of them.

I’m usually very good at avoiding scams but I guess I was desperate and almost fell for one.

I was a front desk clerk at a run-down motel. We used old-fashioned keys on a metal key ring to let people in if they left their keys inside.

A guest asked me to put his nice jacket behind the counter, telling me some reason why.

I nearly immediately after got a phone call asking me to open up someone’s room upstairs.

I came down, and he comes back shortly thereafter asking for his jacket.

It was gone of course.

The hotel owner wouldn’t let me give him any money, so I gave him my own coat, because it was cold and this run-down motel’s guests were in a bad way.

True story: on my way home on the freeway, I saw the guest driving his little pickup, wearing the jacket he’d asked me to put behind the counter.

I’m not sure if its still a thing but near Times Square NYC they sell weed from a store called Weed World or something, and it looks 100% legit but there is no THC and it wont get you high.

As a Canadian tourist I was stoked and they got me for like $40.

On my first trip to San Francisco, some guy stopped me and asked the time. He mentioned he was late to the sold out Metallica concert, which was happening that night.

We got to talking, and, he said he had a hookup, and could probably get me into the show. So, I said sure. We hung out most of the day, visiting some tourist areas. We talked about Metallica, music, and just got to know each other.

When we got to the venue, he said he needed $20 to get the wristband.

Now, we had been hanging out all day, so, without thinking, I gave him the $20, and he headed to the box office. The minute he was out of sight, I realized it was all a scam. He never came back.

It was a super elaborate scam, because, he spent like 4 hours with me, just to make $20.

But, ever since then, I never talk to strangers. Especially in a big city. If a stranger approaches me, I just keep walking and don’t reply.

I was on a p**n website and my phone lit up saying the fbi was going to lock my phone and all this crazy things and I was freaking out so I ran up to Verizon store and was super embarrassed and the guy looks at me and takes my phone in back w a couple other guys and he comes back and says just close out the browser.

Then he leans in and says … I didn’t know girls watched p**n.

This was about 6 years ago…My face was soooo red.

Stay vigilant out there!

Have you ever fallen for a scam?