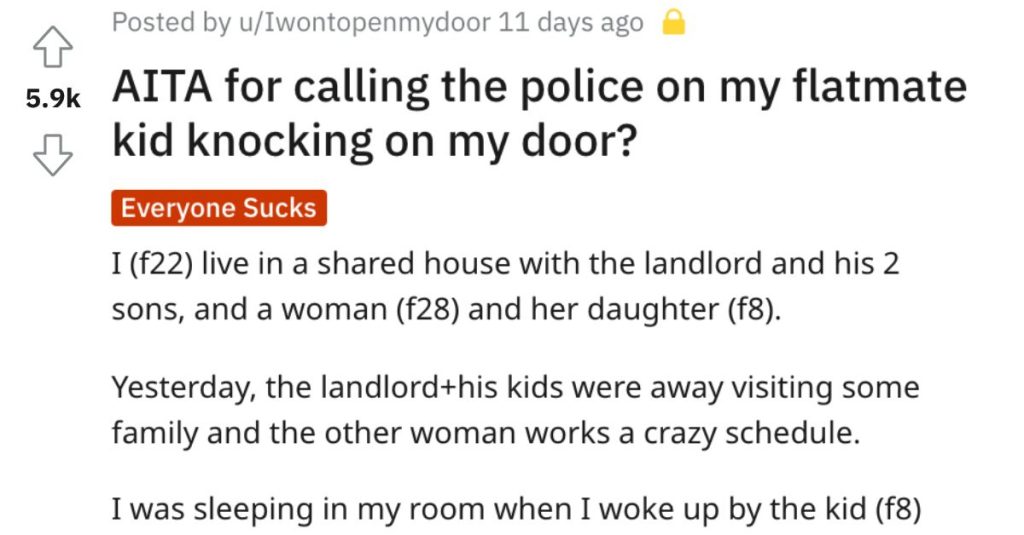 People these days seem to call the police on other folks for the smallest infractions.

But what if you call the fuzz because you are legitimately concerned about a situation and then YOU get blamed for overreacting?

Take a look at this story from Reddit’s “Am I the A**hole?” page and stick around to see how readers reacted.

AITA for calling the police on my flatmate kid knocking on my door?

“Disclaimer: Not in the USA, english is not my first language.

Yesterday, the landlord+his kids were away visiting some family and the other woman works a crazy schedule.

I was sleeping in my room when I woke up by the kid (f8) screaming like crazy (about 2 am). I figured the mother was not home so I put on my headphones but in a few minutes she was banging on my door, still screaming and crying.

I panicked thinking something horrible was going on outside so I shut myself in my rooms bathroom and called the police, they could hear the screaming on the call so they came very quickly.

Turns out the kid had a nightmare and was really scared and the paramedics had to put some medicine on her to calm her down. Then the police asked me a lot of questions, if I was the guardian, to explain our living situation, if I knew where the mother was, etc.

I told them I was not aware the kid was alone because the mother has a crazy schedule and I don’t know where she works. I provided her phone number but they couldn’t reach her so they took the kid to the police station.

I went back to sleep and woke up by the mother banging on my door and screaming at me for what happened yesterday. She said the police won’t give her daughter back and I’m an a**hole for calling them for something as silly as a nightmare, that I should’ve just calmed the kid down instead of making it a huge deal.

I told her that it’s not my responsibility to take care of her daughter, I barely interact with any of them and I was not going to open my door to someone screaming like crazy because it could be dangerous.

I think it was the right choice to call the police but I told the situation to my mother and she says either way i should’ve checked on the kid and tried to help because sharing a house also means helping out with this kind of things.”

One reader said that they couldn’t believe that this woman’s first response wasn’t to HELP a child they thought was in distress. 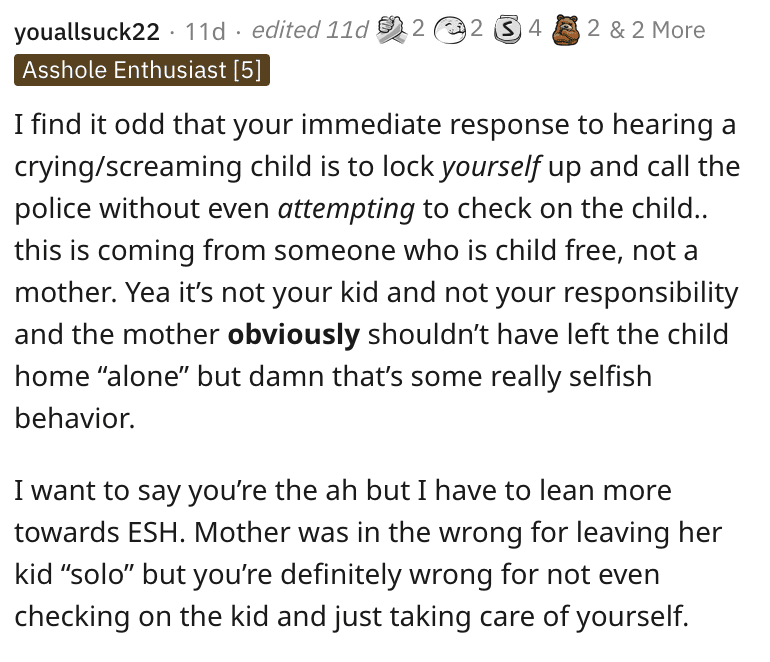 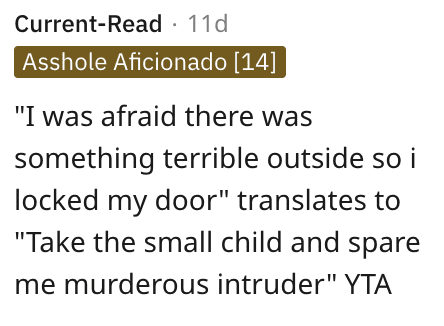 Another person had a solution: how about helping the poor kid? 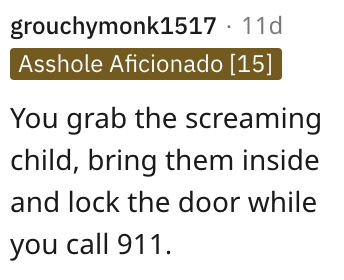 And another Reddit use said that the woman definitely should have helped out this child, regardless of if they knew the details or not. 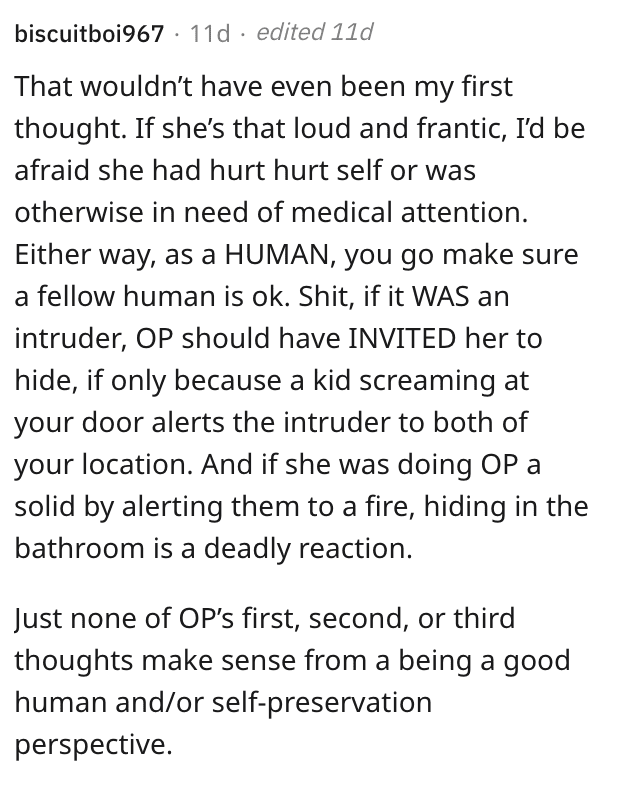 In the comments, tell us what YOU think about this story.