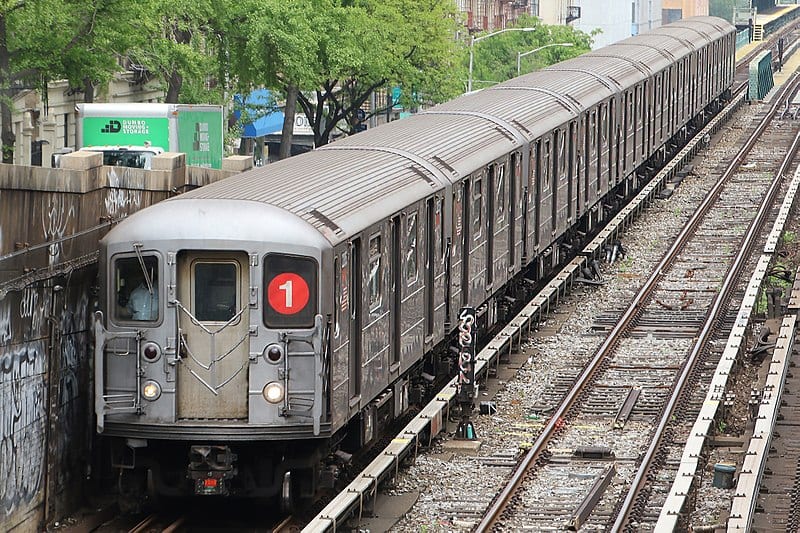 Once you get on a train, a bus, or any other form of public transportation, it’s a roll of the dice. You truly never know what you’re going to get because…well…people are total weirdos.

You might encounter a wide variety of lunatics, breakdancers, poets, musicians, magicians, or any combination of the above.

So hang on tight, don’t lean against the doors, and enjoy these funny public transit tweets.

On the train, a man just burped in my ear and then just left the carriage saying “it’s good for you mate”. Fair enough better out than in and all that but at least stay and enjoy your own cheese and onion breath that you’ve left on the side of my cheek.

2. That should be a federal offense.

Send that child DIRECTLY to prison!

I don't believe children should be tried as adults but the little girl behind me on the train has been SLURPING on her own hair for three hours and she should absolutely go to jail for at least 5 years.

Someone offered my grandpa a preferred seat for elderly people on the subway and he did this pic.twitter.com/h7QjAM5rRw

I want to talk with this person immediately.

I think there's a spy on my train. pic.twitter.com/sBrdmSoyV4

Tell people they have to pay a fine and see what happens.

A man just got on my train wearing a blue shirt and a red waistcoat and everyone is trying to show him their tickets.

The first few times he tried to explain he is not the conductor, but he gave up and is now just checking and nodding as he walks down the carriage.

6. That takes some serious guts.

This woman giving it ALL to the selfie cam on the train is SENDING ME pic.twitter.com/i3JoSPKj3I

7. That’s the last thing she wanted to hear.

this little white girl on the train asked her mom "am I going to be white until I die?" Her mom said yes, and the girl is deadass throwing a tantrum lmaoooo

8. Zing! He probably shut up after that.

And if he didn’t… it would be the most manny thing he could have done, right?

9. Let me give your my entire backstory first.

“I’m so glad you asked. Let’s start at the beginning.”

i got on the train & a man asked me if i was from here and i was like well im from the bronx, my parents are from the dominican repub— why he stopped me and was like oh we just need to get to 6th ave and wanted directions KHDUWISAHXVVSH i almost switched train carts

I sat next to a woman on the subway just now who had over 20,000 unread emails and reader let me tell you I absolutely switched train cars to avoid having that chaotic energy near me

a child just bit me on the subway and his mom told him to actualize an apology and led him thru some deep breathing and oms and then thanked me for the wisdom of eastern religions brought to the world so….

i still hate park slope is the moral of this story

I mean… this guy is an absolute legend. Does not give ANY f**ks. Bravo!

I'm on a subway where the conductor said on the loudspeaker: "The next stop is Suck My D**k avenue." No one on this train even blinked. #mta

We want to hear your strange tales from taking public transportation!