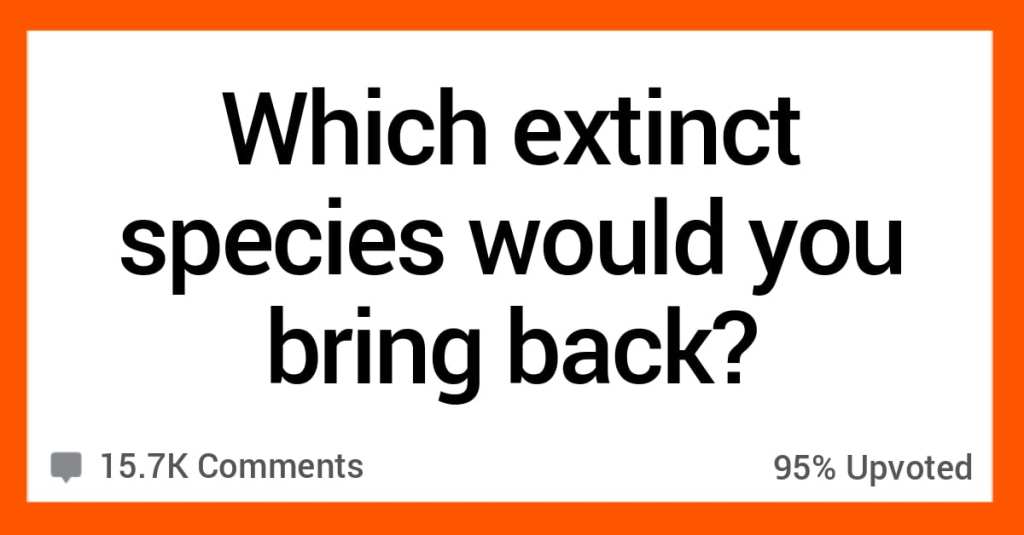 Plenty of plant and animal species have disappeared from existence since we began recording history – some more famously than others (looking at you, dinosaurs). We’re now in the middle of a mass extinction event, which means more and more species are going to fade into the ether for good.

It seems like a good time, then, to remember our favorites, and muse on what life could be like if they made an impossible comeback.

14. We could maybe all get along now (probably not).

Neanderthals, and all other homin species that lived at the same time as us

13. Technically I think we have all the pigeons we need.

They used to block out the sun. Imagine such a sight.

12. The lost foods are always welcome.

11. The world can always use more penguins.

The world could use some human sized penguins to terrorize

How cool would that be?

9. Tiger death match would be in order.

Just think of emus, but three times the size!!!

Their extinction was unnecessary, they’re freaking cool, and bringing them back won’t damage the ecosystem and in fact could possibly improve it.

5. That would be some sight to see.

It is a seven foot deer with a antler span up to 12 feet!

4. A parakeet indigenous to the States. I’ll take one!

All the Pleistocene megafauna!

2. Is there room for all of them in Loch Ness?

1. I’m not sure getting one to agree to this would be easy. Or likely.

Those things seem awesome. I’d love to ride one.

What would you choose, and why? Share it with us below!

Just not the dinosaurs, y’all. We’ve seen movies about this, and it just never ends well.