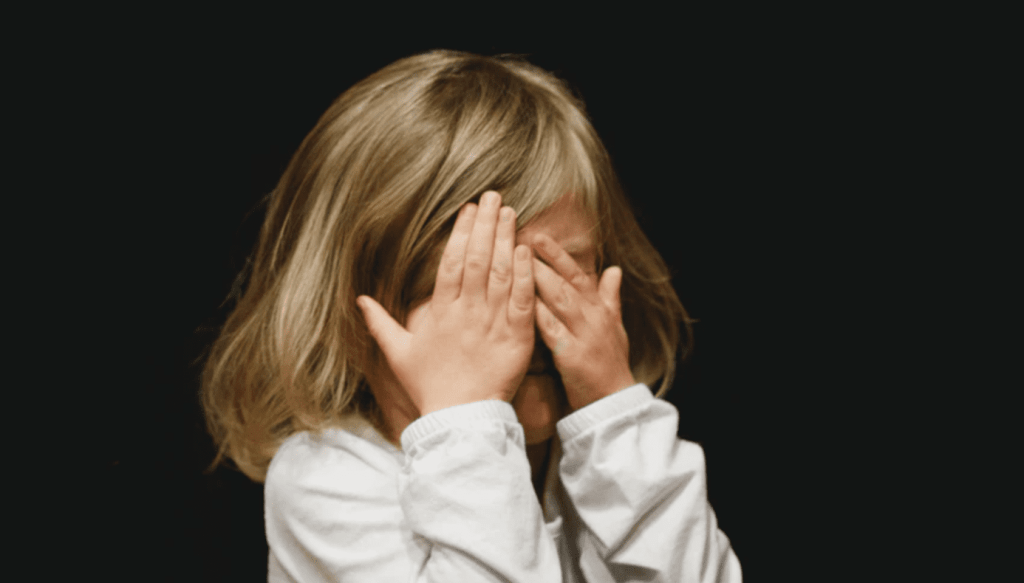 But it’s fun to be able to look back later on and realize how funny it was to be scared of things, right?

Let’s dive into these answers from AskReddit users about the admittedly dumb things they were afraid of when they were just little kiddos.

“My whole kindergarten was afraid of the alligator in the swamp on the other side of the fence.

Only this kindergarten was in Scandinavia.

We don’t have alligators.”

2. Be careful out there…

“The shark in my pool was going to come out of the light in the deep end.

3. Chucky caused a lot of nightmares.

“I was afraid Chucky would crawl up from the toilet while I was pooping and stab me in the butt. I have no idea why I thought this would happen.

Also doorway gremlins. Legit was afraid I would walk through a door and there would be gremlin monsters on the other side at the top waiting to pounce on me and kill me. Again, no idea why I thought this would happen.”

“At 5, I was afraid that if people talked shit about the wind it would send a tornado to kill them.

“The man at the bottom of the stairs.

I’ve never seen his spooky ass, but I know he chases me up every time.”

“I used to have a recurring nightmare about a ‘vampire parrot’ that we kept as a pet for some reason.

In my dream, it was a family pet, and we just kept him in a cage, hanging from the ceiling in the hall. It was just a regular-looking parrot, totally unassuming. My family believed it was just a cute, feathery, colorful critter.

But nobody else realized; it would feed on me, when they couldn’t see it. It would steal my blood. When I cried to my parents, they refused to believe me. Nobody believed me.

Here’s the thing. It didn’t bite me to drain my blood. It hooked me up to an IV, and drained my blood directly into its little bird body. I don’t actually know how it managed to do this – there would be some twist of dream logic and suddenly it was just happening.

In the dream, I would be sitting in a chair, IV attached, blood draining into the evil bird – my parents might even be standing right there! I would cry and cry because “he’s taking too much of my blood, mommy! He’s going to kill me!” It was all happening right in front of them.

But they would just tell me to stop making things up – it’s like they couldn’t see the dark transfer unfolding right in front of them. And the bird knew.

I never actually had a parrot as a pet, he only existed in my dreams. But he popped in to have his feast every week or so, for a significant period of my three year-old life.”

“The time before I was old enough to realize I was too large to be sucked down the bathtub drain.”

I was convinced that my veins were already full of blood, and injecting any more liquid into them would cause them to explode.”

9. This is very specific.

“I was very anxious about eating soup.

If food or drink went where it wasn’t meant to go, the person would cough and splutter to give the body a chance to move it to the appropriate receptacle – hence the concerned parent saying “oops, wrong hole, you ok?”.

Someone told me it was unhealthy to have a drink with your meal (when in fact the opposite is true), reinforcing this separate systems idea in my mind.

So where did soup go? The chunky kind… And what about stews? Gravy? Iceream?

The more I thought about it, the more anxious I became.”

“The red lights from cell towers.

The always looked so scary at night.

Especially on a foggy night when you can only kinda see them.”

Sometimes I would hide in the closet from God and just chanted for a while all the bad words I have learnt from the older kids.”

Nothing scary than a old man coming down the chimney of little kids and giving the ‘presents’.”

“My brothers convinced me that Jaws (and other sharks) would be attracted to my red lifejacket and made me terrified of jumping into the water.

The water of a freshwater lake…”

“My sister is 6 years older than me and my twin.

When we were 5ish she told us she was secretly a witch and she needed to eat children to survive.”

“You know the sound a dove and pigeon makes?

I use to think they were ghosts. I thought my parents were lying to me about it being birds. I would run back into the house if I heard one sing…”

You have to admit, those are pretty hilarious, right?

In the comments, tell us all about the silly things that you were scared of when you were a kid.