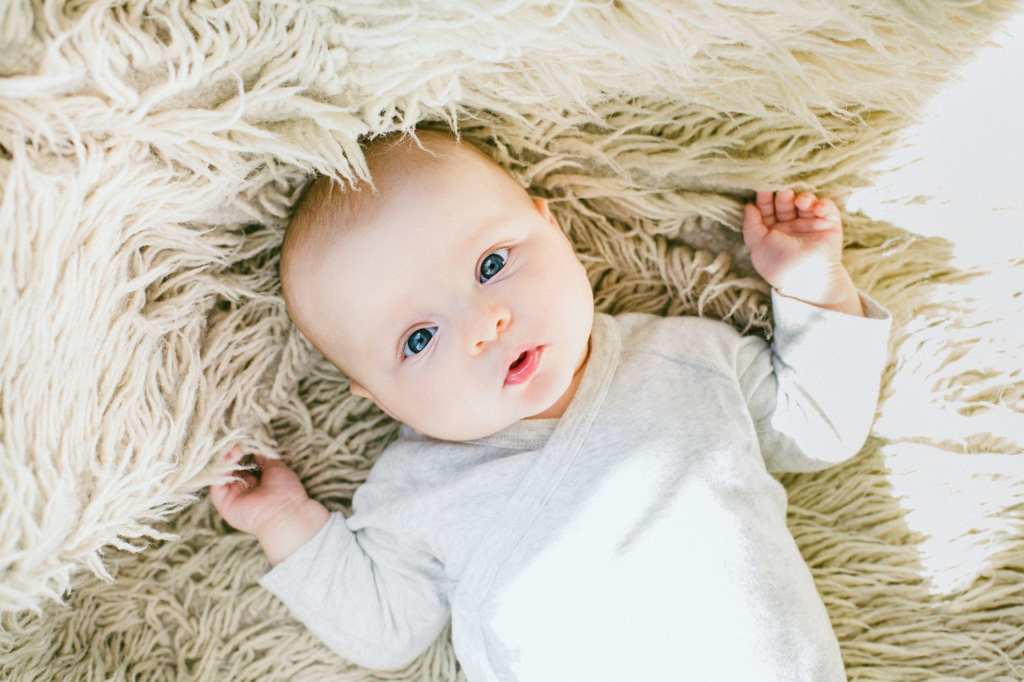 It’s downright strange how territorial people can become about “their” baby names. Even if you’ve ever accidentally named your new puppy the name they were “saving” for their baby, they get super worked up about it and act like it’s your fault.

Most of the time, though, it’s for names that are a little more unusual, which is understandable. But one woman just could not let it drop when she announced she and her husband were trying to get pregnant and planned to name their baby “Joseph.”

The woman laid claim to the name Joseph and let everybody at work know about it, ad nauseam. Her coworker, who was also trying to get pregnant, had enough and decided to clap back with a threat to steal the name Joseph. Now she’s wondering if she’s the asshole who took the joke too far.

You can read the full story below: 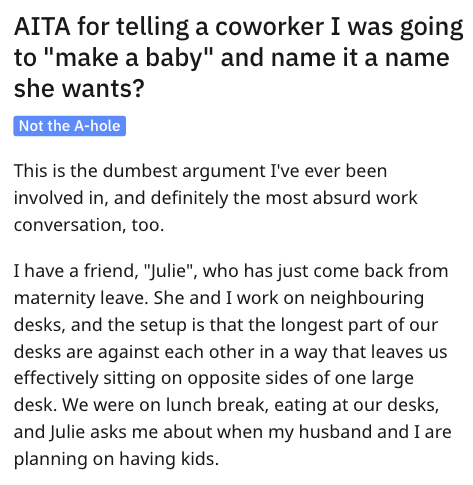 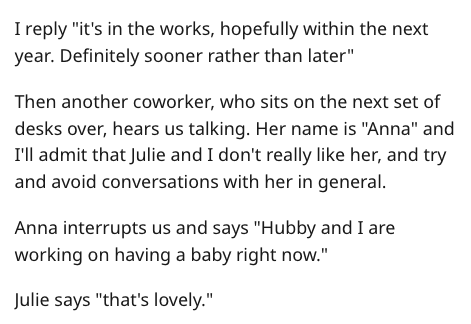 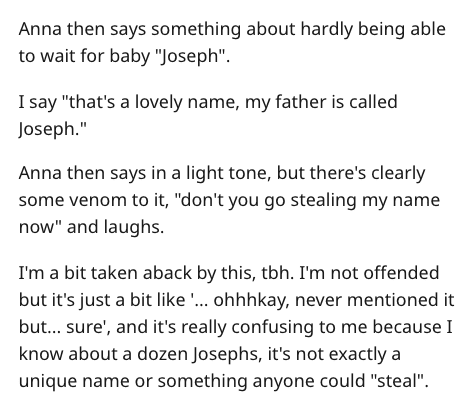 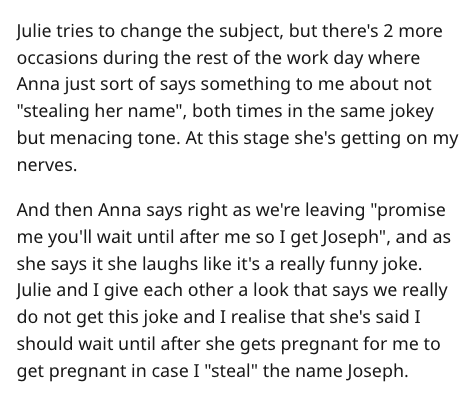 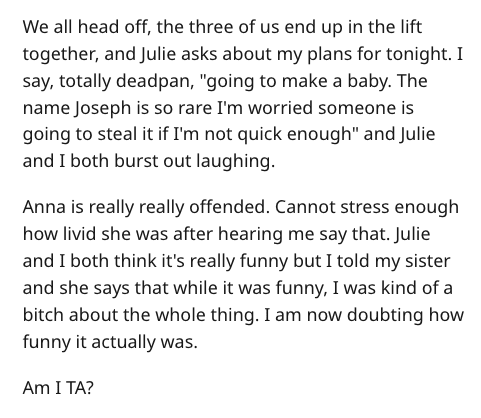 Most people did not think the poster was the a**hole, particularly because Anna’s jokes weren’t really jokes at all.

And honestly… how dare she, right? 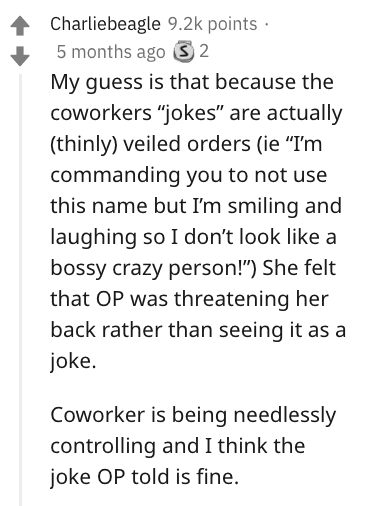 Other people thought the poster’s comment was harmless and that she could have taken it even further.

Because, yanno… STOP IT ANNA! 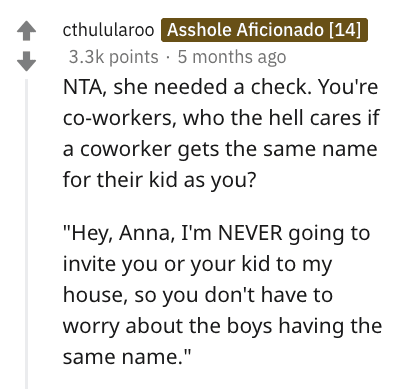 One commenter pointed out that it’s not like they are close friends or family members.

And, honestly, even if they were… there are only so many names in the world. 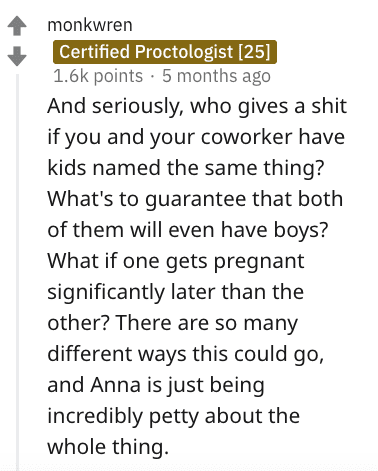 But, of course, there were a few people who felt the poster was being overly harsh.

However, they are wrong. 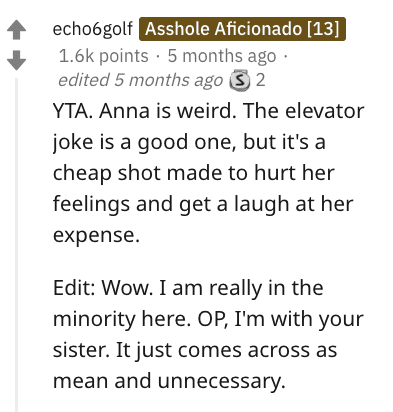 And that maybe Ann was just trying to fit in, albeit awkwardly.

After all, we didn’t really HEAR how she said it. 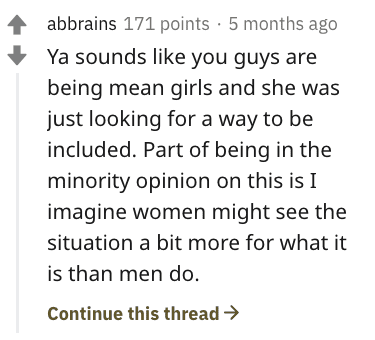 In the end, Reddit ruled that the poster was not the asshole, though it wasn’t exactly a slam dunk, with varying opinions all around.

Well, what do you think? Is she the asshole, or is her coworker being ridiculous about the whole thing?