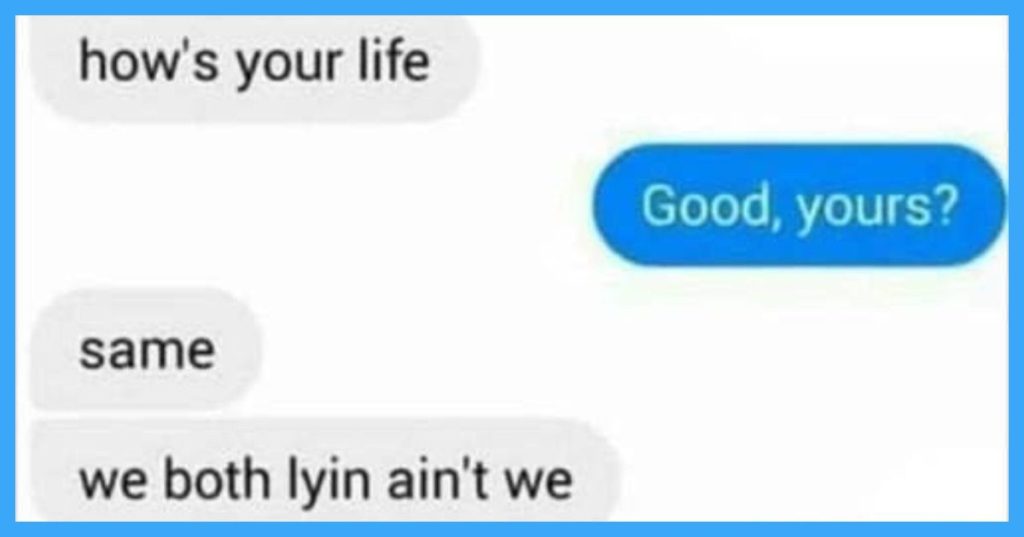 I think my favorite thing about text conversations is that they just never go away if we don’t want them to.

We can immortalize them, not just through the various built-in options our phones have for archiving, but through screenshots, the quickest way not just to save a moment of conversation but to spread it far and wide across the internet.

Which is what these wonderful souls did when they found themselves within a chat that just did not go like they were expecting. Thanks, Twitter.

Thanks for clarifying the reason behind funerals, though.

Who exactly does your brother live with?

My brother has to deal with the wildest shit pic.twitter.com/pwpl31cugK

I really don’t understand you young people and your sensual talk.

no that's not what i meant… pic.twitter.com/UmWVjfq1Df

What kind of games are you playin’ here?

This might be the lowest effort I’ve ever seen.

Yeah, sure, that’s what I’m asking.

These things are getting out of control.

Being stuck for the very first time.

I texted my dad to see which vaccine he got and this was his response….. pic.twitter.com/rXkF2TK81O

The one we all tell each other in circles every day.

my mom and I text like twice a month and this is usually how it goes pic.twitter.com/LqlxEOcdz0

Bruh you have no idea how exhausting this is about to get.

she has had it pic.twitter.com/9Kg7WTx3Vh

Man. That is some straight talk right there.