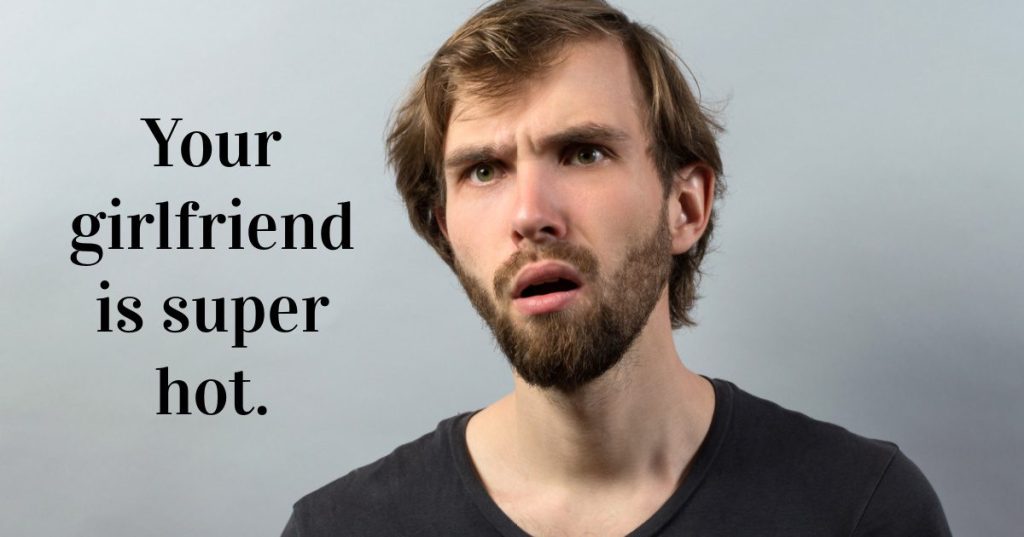 16 Compliments That Are Actually Pretty Insulting

There is the occasional person out there who is looking to disguise an insult as a compliment (ahem, ladies from the American South), but most of us are doing our best to make genuine observations that would make the receiver feel great about their efforts.

If that’s typically your intention when paying compliments then you’re going to want to take note – because no matter how well-meant, these 15 compliments can have the opposite effect when you say them out loud. 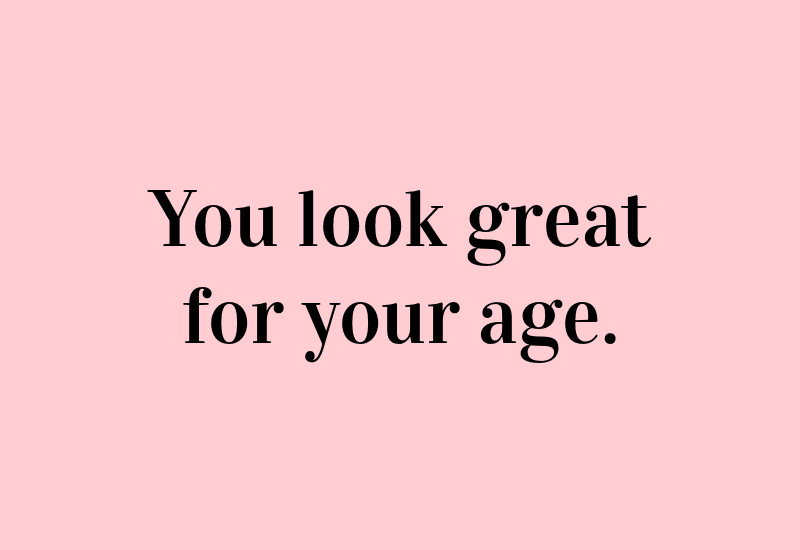 This one should be obvious – any time you clarify a statement, the subtext is that the core statement isn’t true on its own.

In this case, you don’t look great, just great for your age. Just leave that last bit off and end with a smile! 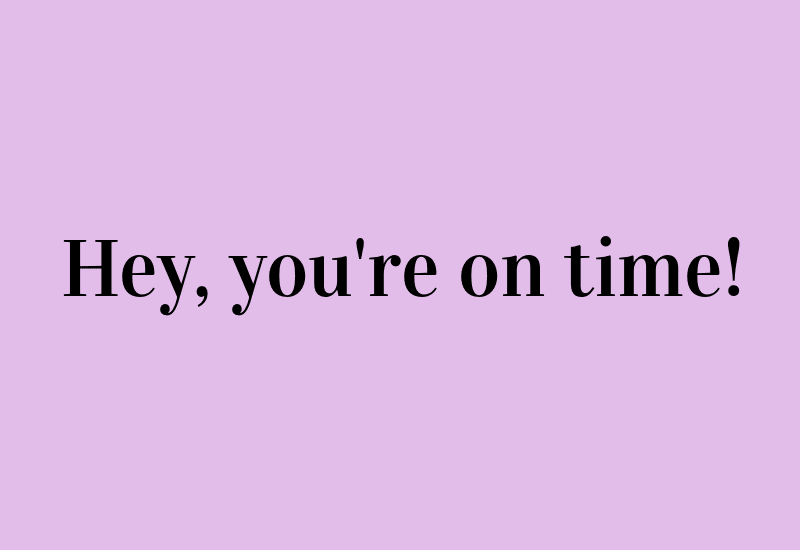 If you’ve got a friend who’s always late, you might think noticing that they showed up on time would be a welcome compliment – but licensed social worker Laura MacLeod says their reaction might be the opposite.

“You’re just pointing out that lateness is their norm and calling attention to that. This also can come across as condescending.”

13. You’re so pretty! How are you still single? 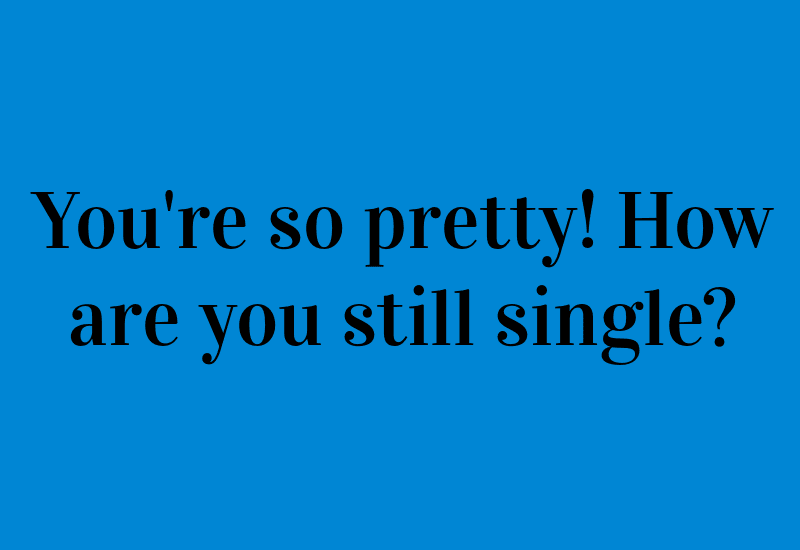 Not only do a person’s looks not have anything to do with whether or not they’re romantically attached, but most people don’t care to talk about their personal life unless they bring it up first.

This comment in particular makes it seem like there must be some other reason they’re still single, which could be more than a little insulting.

12. Your haircut makes you look younger! 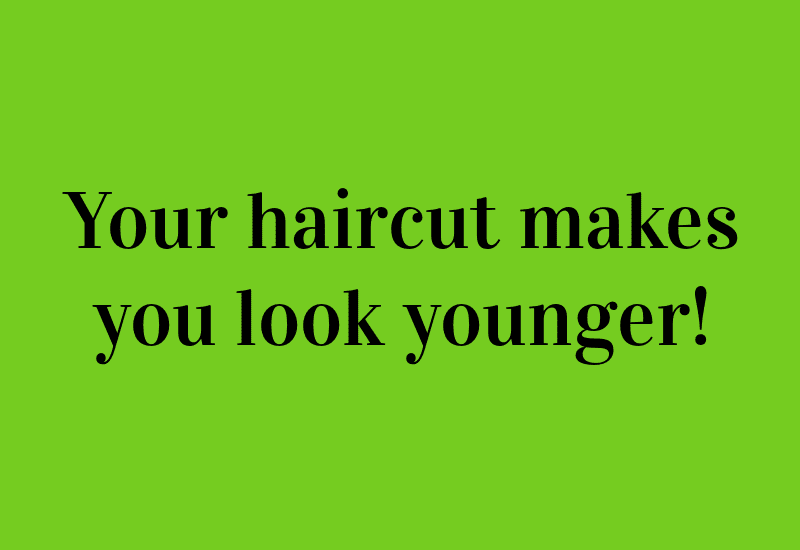 We all love a fresh new look – and we love when people notice it – but this kind of points out that they didn’t look their best before, says licensed psychologist Wyatt Fisher.

“In this scenario, you’re saying their old hairstyle made them look old. Just stick to the compliment; there’s no need to elaborate.” 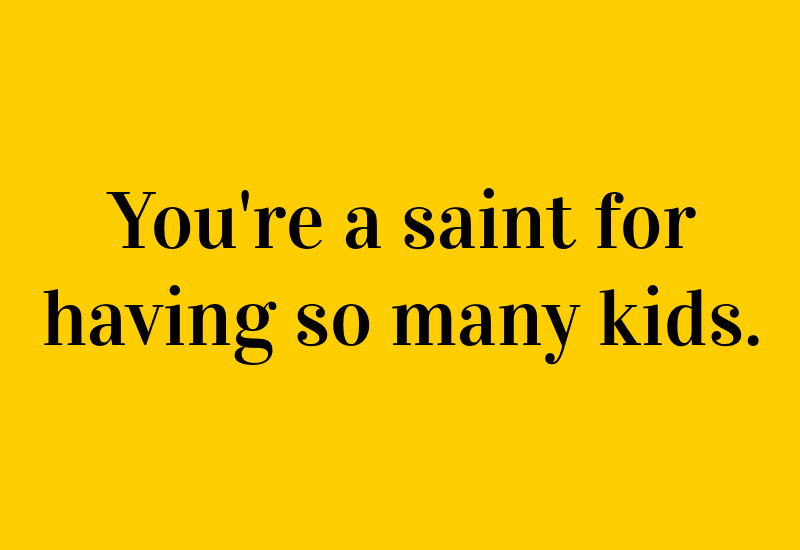 Susan Henney, a professor of psychology at the University of Houston-Downtown, says this can read as an insult to a person’s reproductive choices.

“It is common for people to hide judgments on life choices in compliments. We want to be polite but we also want our opinion to be heard.

And let’s face it – how many kids someone else chooses to have is really none of your business.

10. I’m impressed with how well you handle the kids. 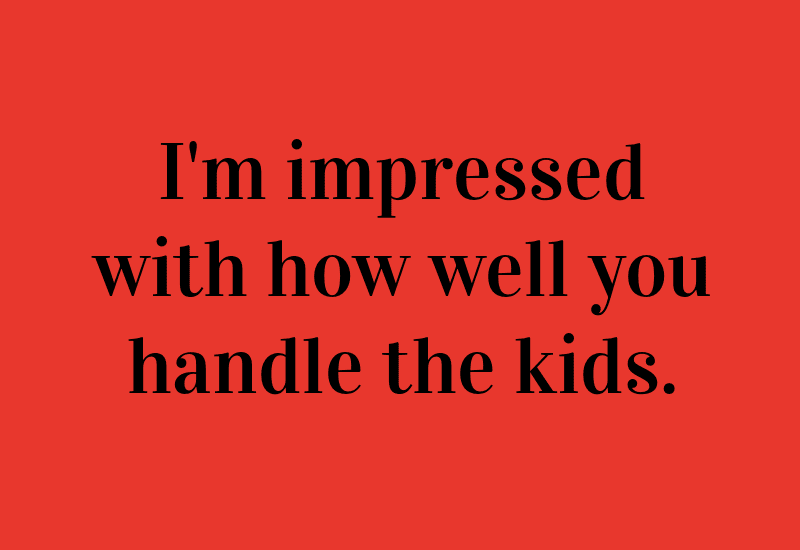 Telling your spouse that you’re impressed with their parenting skills kind of makes it seem like you’re surprised they can manage at all.

It’s fine to compliment how they handled a specific situation, but general platitudes will generally miss the mark.

9. You should smile more. 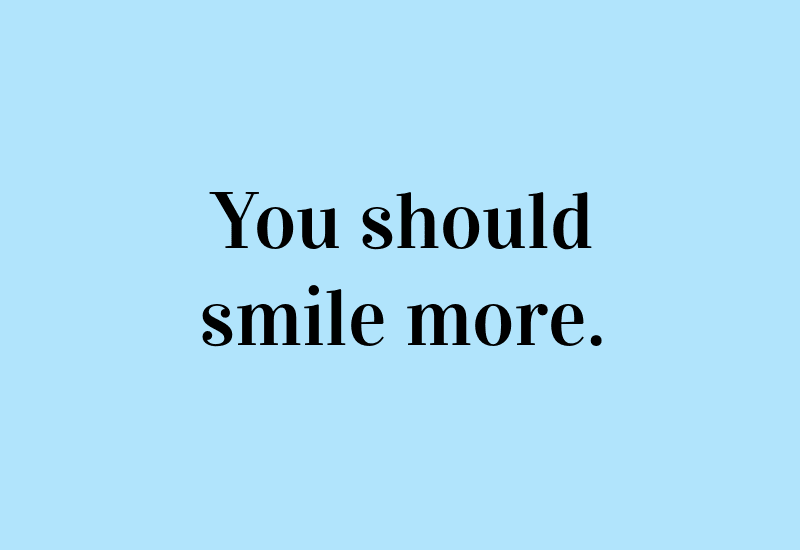 I think we’ve established by now that no one really likes to be told to smile.

As Henney says, no one hears it the way you intend.

“Buck up, you grump. I’m in a good mood, so you should be too. Since it is often said from men to women, it can also be interpreted a the female not pleasing the male by being charming and agreeable at all times.”

You’re not in charge of other people’s moods, and it’s not their job to make you more comfortable – so just don’t say anything at all.

8. You’re such a strong person. 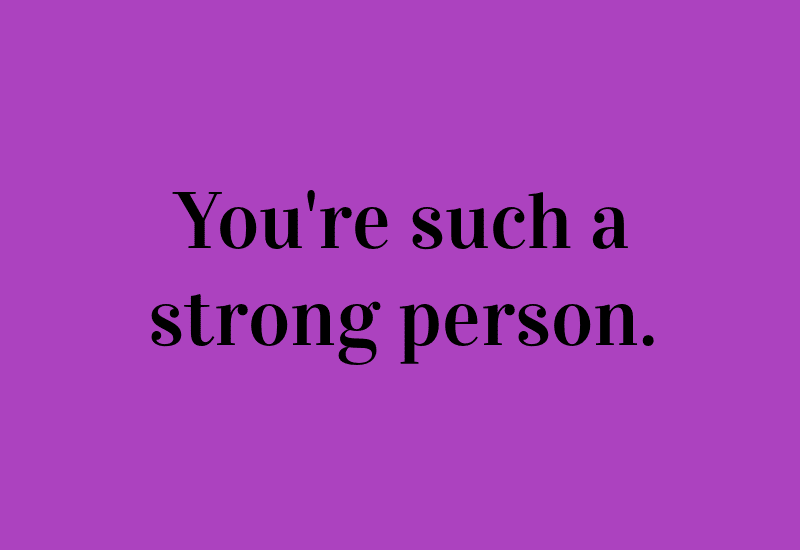 While you might think you’re offering support and confidence, going this route calls attention to how tough things are in their life right now, says health and wellness expert Caleb Backe.

In addition, if the person is feeling as if they’re not handling things as well as they could, this comment could just make them feel worse.

7. You’ve lost so much weight! 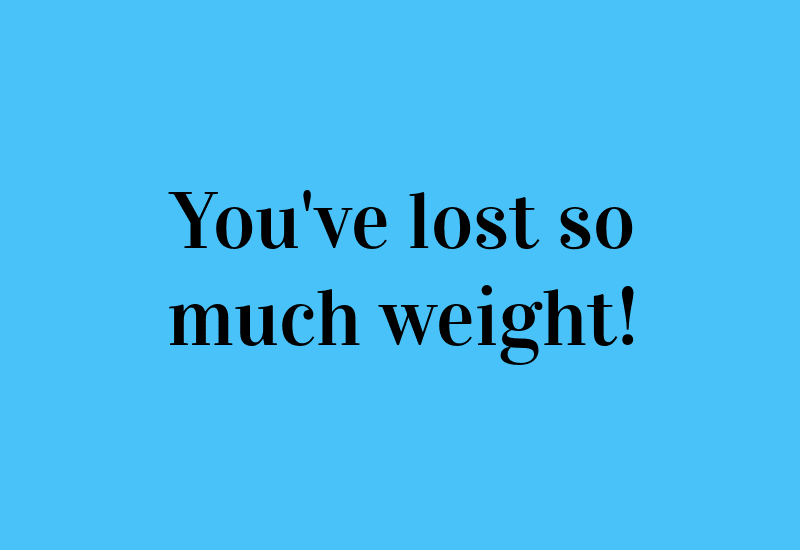 Weight is a sensitive topic, and more and more, we’re realizing that never commenting on another person’s appearance is the smart way to go.

“I’ve had clients, both women and men, cry in my office because they were told something just like this, it can be devastating.”

Basically, if someone wants to talk about their weight loss, they will.

6. You’re a great driver for a woman. 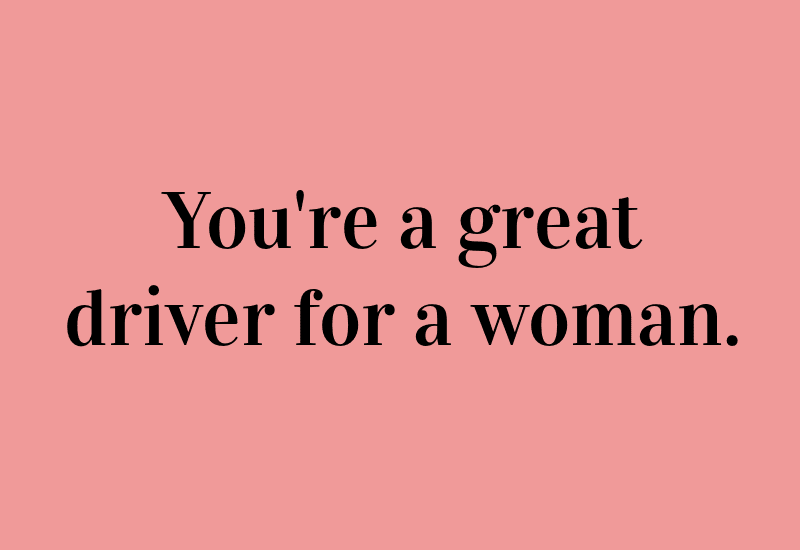 “You’re so articulate…for a Black person. You’re in such good shape…for a mom. You’re so smart…fo someone who’s never been to college. You never need whatever follows the ‘for’; just stop there.”

5. Your girlfriend is super hot. 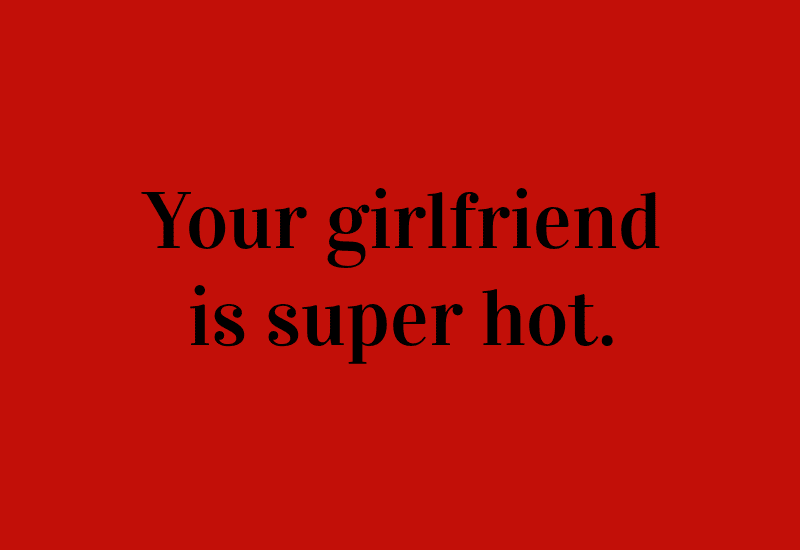 Complimenting the looks of someone else’s significant other never ends well – it means you’ve been checking them out, comparing them to others, and maybe even making judgements on whether or not the two of them are well suited. 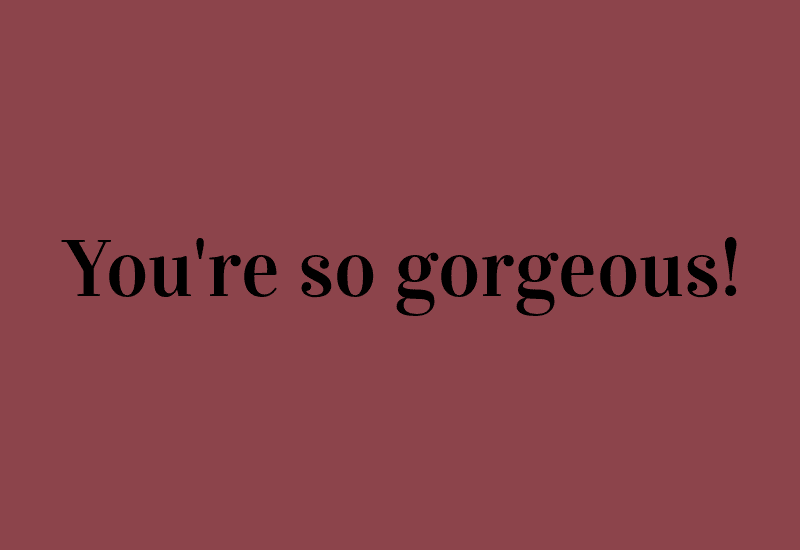 The same rules as commenting on someone’s weight apply here – avoid making comments on people’s appearance at all should be a no-fly zone. In the case of this specific compliment, it can make people feel uncomfortable, or even harassed.

Whether you’re dealing with adults or children, complimenting their effort is always a better option than complimenting something they have no control over.

3. You look so pretty with makeup on. 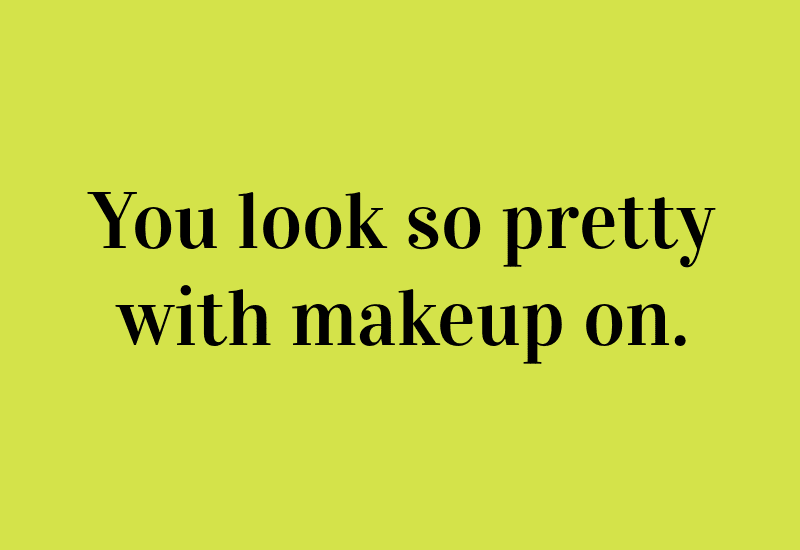 You hear how that sounds now, right? Because you’re basically just saying that they don’t look fabulous when they’re just wearing their plain face.

There’s nothing wrong with complimenting someone’s skill with makeup, just don’t imply that they look prettier with it than without. 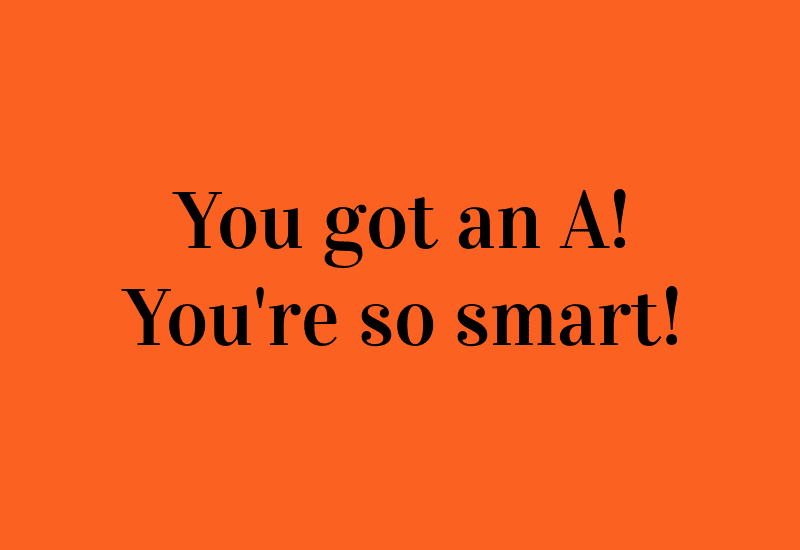 Ay McManus, a licensed marriage and family therapist, says that complimenting your child’s achievements can make them feel like that’s all you care about.

That said, compliments are great – just make sure you give them for your kid’s actions and efforts that reflect family values, like working hard, not getting discouraged, and trying your best.

1. I’m so proud of you for getting that raise this year. 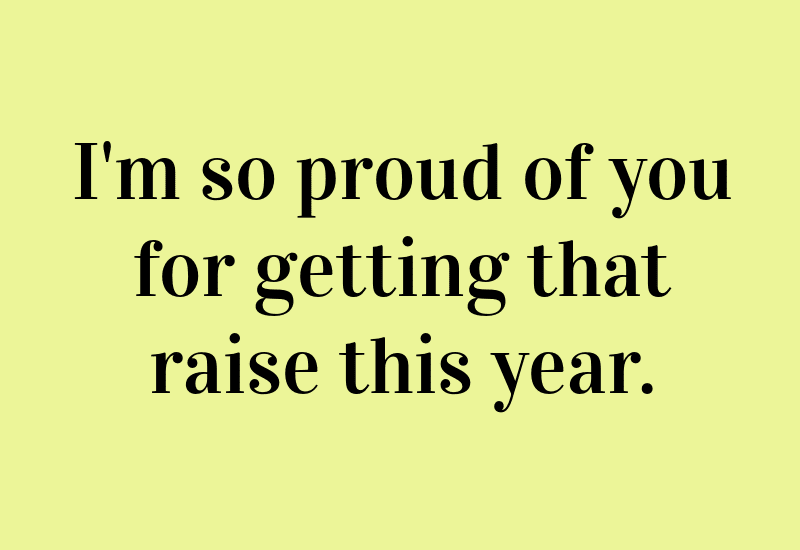 Much like your children, complimenting a partner for their achievements can make them feel as if they don’t have any value beyond their paycheck.

Well, I’m definitely going to have to eliminate some of these things from my vocabulary.

What’s something you’ve heard that was supposed to be a compliment but didn’t sound that way to your ears at all? Tell us about it in the comments!