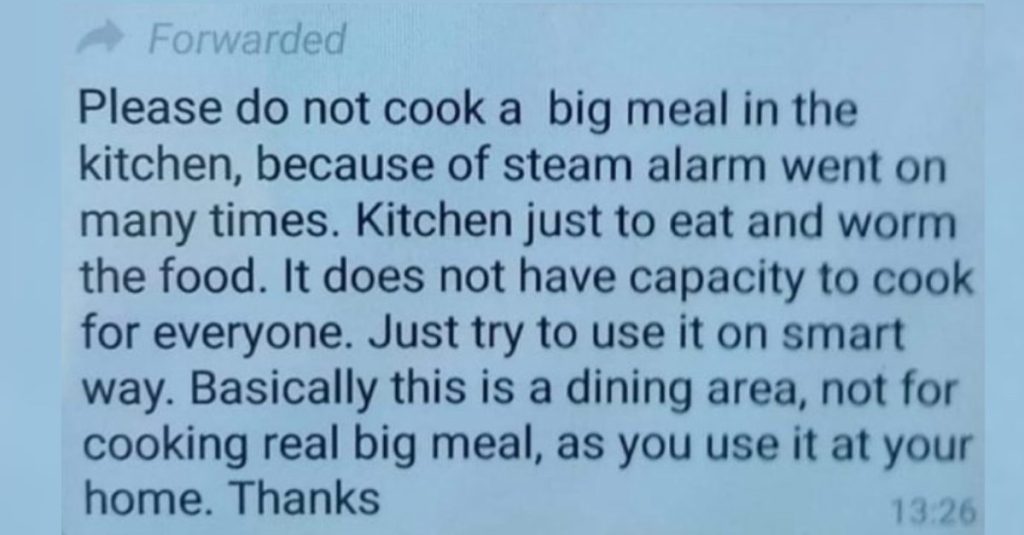 16 Landlords Who All Belong in the Hall of Shame

There’s been quite a bit of talk lately about landlords and how truly awful they can be, even in the face of unprecedented events and people struggling to keep their heads above water.

That said, there are landlords out there who are trying to do their best by their tenants while also dealing with their own financial issues.

NYC LANDLORDS: It’s not that bad in the apartment.

THE NOT THAT BAD APARTMENT: pic.twitter.com/Yk3F48jzlP

2. Calling that a poor job is an understatement.

3. That doesn’t actually do us any good.

But thanks for spending the money?

Landlord ordered a new gas oven to replace the old broken one. He only paid to have it dropped off. He is very shocked that I’m not happy. from Wellthatsucks

thinking about this exchange with my landlord in February pic.twitter.com/ThlqvgEkhc

Not to mention illegal, I’m pretty sure.

My landlord pretended to do do work the flat but ended up installing this 360° wifi surveillance camera which also records audio without telling me about it. from trashy

I suppose fair is fair.

But you probably don’t want to share these plans with others.

I had to finish my landlords job. from funny

9. I don’t even understand what’s going on here.

Landlord thought i was a government agent and decided to lock me out to do this. RIP 3080 FE from pcmasterrace

10. Not the brightest bulb in the box.

Maybe this will do the trick?

11. Not the response she was looking for.

Funny, but not helpful.

i sent a photo of my leak to my landlord and he sent it back as elton john?? pic.twitter.com/DZP3kiysvl

I don’t think it will save your life, though.

My Landlord is super serious about fire safety. from pics

Phoning it in at its best.

Just moved into a new home and found where the landlord patched the carpet. from mildlyinfuriating

But why should they care?

Landlord decided to turn down the heat today in my MN apartment as it reached -40°. But the idiot must have forgotten he pays my electric and doesn’t realize that I value my comfort over safety or energy conservation. from funny

In so many ways.

my landlord painted over a fucking roach pic.twitter.com/b3vTHOrdgi

16. I don’t think they can enforce that.

Or at least, I’d like to see them try.

Message from a landlord; don't cook meals in the kitchen pic.twitter.com/YitOWxxxJV

I swear, y’all, the gall of some people.

Have you had experience with a landlord like this? If so, share the story with us in the comments!