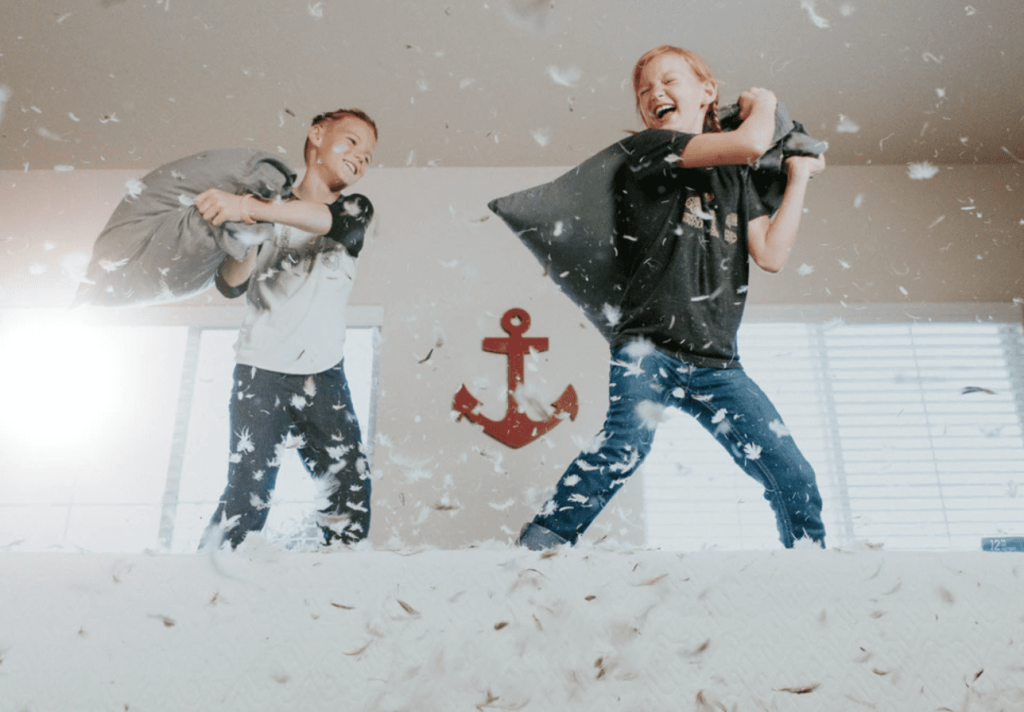 Every generation of parents has its own unique challenges when it comes to how they raise their kids.

Times change, society changes, and moms and dads must adapt to the day and age the best way they can.

This also means that there are a lot of people out there who believe that today’s parents are not raising their kids the right way and are teaching them things that are harmful.

Let’s take a look at what folks on AskReddit had to say about this.

“Teaching kids not to question things just because someone is older, or allegedly wiser, is one of the most frustrating things that I see on a daily basis.

How is a child supposed to ever develop any individual and nuanced ideas if they can’t think for themselves.”

“Being wrong is bad.

That’s why many people don’t change their mind when they were given trustable sources, they don’t want to be wrong.”

“Being discouraged to speak up about illness’s because it makes them weird/ somethings wrong with them.

They talk about, You need therapy, which isnt a bad concept and you probably do need it, but they picture it in such a bad light.”

“Basically all those shit social media influencers that teach young people that it’s all about money and brand names.”

When you do that, one of two things are likely to happen. Either they’ll mess with you more, or they’ll move to someone else and bully them.

If you stand up to bullies, they back down. The earlier in life you put these people in their place, the less likely they’ll develop their bad behavior as a lifelong practice.”

“If he’s mean to you he likes you”

It just teaches little girls (mostly girls) to expect violence from people who love them.”

“Kids are starting social media so early these days, and I think that’s very dangerous because it puts a lot of pressure on the kid to attribute their worth to their social media success.

I also think parents are way too open with their social media when it comes to their kids, and it’s totally a violation of the child’s privacy, of which some parents will never admit.”

“There was this one time my sister’s Spanish teacher told her off for using vocabulary outside the sheet she’d been given for homework.

Their task was to write a short essay introducing themselves in Spanish and use some simple adjectives. She asked me for help and since I’m quite a bit older than her and know a decent amount of Spanish, I have her a few interesting adjectives and verbs to use instead of dumb stuff like “nice” and “kind” or whatever.

She comes back after school close to tears and tells me she got scolded for using vocab that wasn’t on the sheet. Smh teachers are supposed to encourage learning, not hinder it, right???”

“Teaching them that it’s not okay to fail. Some people need a little more time than others. It’s okay to not get something now. Kids should be given more time to process things.

Imagine having a poor grade because of a low score from the beginning of the year. How can we show children that it’s not pass or fail, it’s try and improve?”

“To repress their emotions.

It will only cause them to bottle them up and accumulate them to the point of exploding in an instant.”

Many adults use it as “you’re not allowed to challenge what I have to say.”

Makes sense if it’s a cranky toddler being negative for negativity’s sake, but suddenly older children can’t question things or raise valid points of their own.”

“That complaining is the same as not being grateful.

Can’t count the number of times growing up when adults basically told me to shut up whenever I was complaining about something and that I should be grateful that I was born where I was.

Like sure, I’m glad I wasn’t born into some starving African family, but that doesn’t mean everything is perfect over here and that we shouldn’t try to improve things here as well.”

“You show me respect first because I’m an adult and have authority then I choose whether I should show you respect no other way!”

“Making children hug or kiss someone (usually a relative) that they are uncomfortable with is not good.

The child may just be grumpy and or not wanting to show affection or their warning bell sensors could be going off and they do not know how to communicate that.

Plus forcing them to hug/kiss sends mixed messages about personal/physical boundaries and affection itself.”

15. Drilled into your head.

““She’s younger than you, just let it go.” “Can’t you be more compassionate? Your the older one here in this situation” “ She’s a little child, she doesn’t know any better”

Absolutely hate this information that was drilled into me since I was a kid.”

“Nobody cares about children’s/teens issues.

“Well it’s only going to get worse from here”. “You think school is hard? Have you ever paid a fucking bill” “You’re just a kid you can’t feel this way”.

It breeds an emotional disconnect from parents and their kids. And makes kids feel alone in their emotional struggles, that nobody cares because they’re not adults and they don’t have “Adult Problems”.”

Well, what do you have to say about this?

In the comments, sound off about the harmful things you think are being taught to kids today.