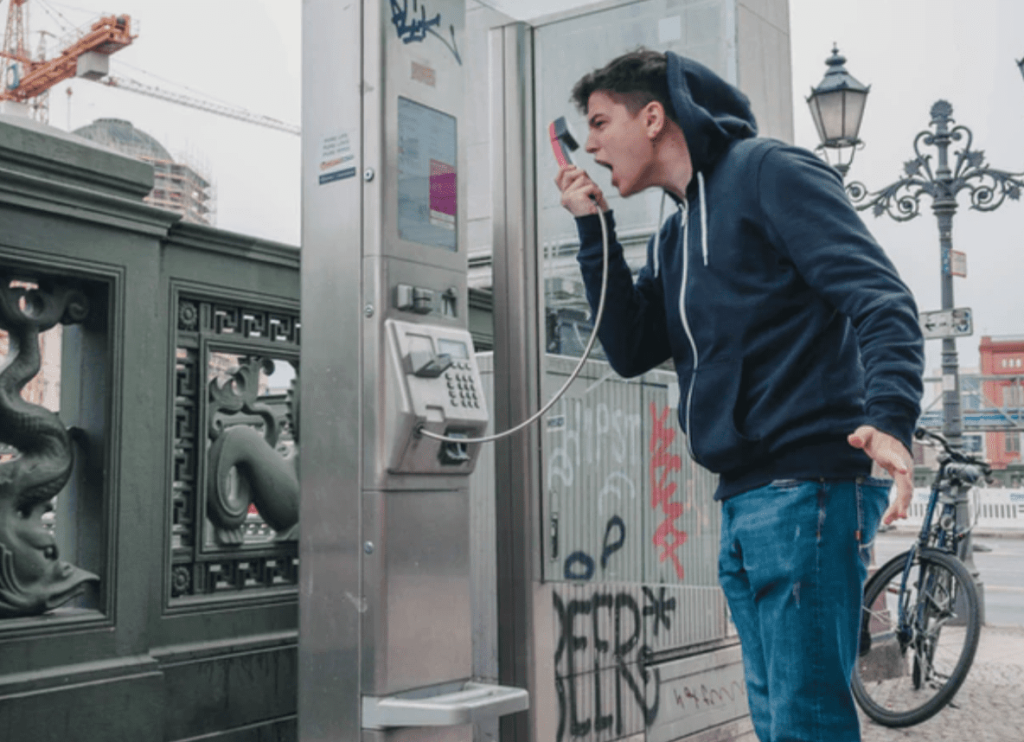 Oh, boy…how much time you got, buddy?

It’s not good to let other people get to you, but dammit, people can be so infuriating.

That’s why it’s good that we can vent in online forums like this instead of doing something stupid and getting into trouble!

Here’s what AskReddit users had to say about what other people do that really drives them crazy.

“Talk over me while I’m mid sentence.

It’s so fucking disrespectful. Everyone deserves a chance to express themselves.”

They say it’s a polite thing to do when eating Ramen in japan and a cultural thing in some parts of China.

“Licking their finger before handing a paper to me from a stack or before counting out money to me.

“When they purposefully antagonize you (like playfully disagreeing with everything, mishearing things, etc) to irritate you. Once you’re irritated they get all defensive like that wasn’t the whole point.

My SO does this. I love everything about him, and I don’t mind a little teasing and playfulness, but damn it’d be nice if he could recognize when the people on the other end have stopped laughing or being in on the joke.

He’s getting better about it, but it would still be what I’d write down under “what’s one thing your partner does that bothers you?” if I was given one of those old magazine relationship quiz things or whatever.”

“Bully and make comments to other people in public because they’re different to them.

Leave them the hell alone, they’re not bothering anyone. Why does their sexuality, gender, dress sense etc. bother you so much?! It makes me so angry.”

“Tell me details about other people’s sex lives and or/trauma when it’s not important in some way about the people actually having the conversation.

It’s none of my goddamn business, I don’t want to know and you shouldn’t be spreading this stuff around without their go ahead.”

7. The world needs to see this!

You don’t need to film it, just be a good person.”

“People who get up extremely early in the morning by choice, then get an attitude like everyone who’s still sleeping is a lazy unmotivated sloth.”

“Agree to things and then cancel/don’t respond at the last minute. Honestly, I used to be pretty flaky myself but I hated how guilty I felt after abruptly canceling.

There’s a sentiment that “true friends will still be your friends even if you have other commitments” but that shouldn’t be the mantra when if someone does something like this constantly and doesn’t put effort into your mutual commitment to something.”

I can’t stand it. It doesn’t matter what it is, if they stop educating themselves I lose a massive deal of respect for them. Learn. Continue to learn.

Always learn as much as you can. Please.”

Gets out of the shower and drys of on the carpet. I have learned to never go in there with socks on.

Cooks horrible smelling meals and leaves the scraps in the kitchen sink.

Leaves exactly one side of the sink FULL of dirty dishes all the time.

While leaving one sink full of dirty dishes he loads up the dish strainers to overflowing so even if I wanted to cook something I have to clean and then put the dishes away because there is nowhere to put them to dry.

Parks his mountain bike in the kitchen because he odes’t want to get it wet by leaving it outside. IN. THE. KITCHEN.

Has 9 pairs of shoes scattered by the front door.

Leaves the stove top covered with dirty pans and leaves his cast iron frying pans in the oven. I cannot tell you how many time I have tried to put something in the over only to slam the dish I am putting in there against his fucking frying pans.”

They don’t admit when they are wrong. They don’t see the other person’s perspective. They refuse to change and better themselves as a person since they always point the finger at the other.”

“Never ending stories, answers, explanations. I am kind and patient and will give you my attention for you to share you’re knowledge or experience, but for fuck’s sake wrap it up, I’m trying to work.

“Show up at the beach and blast music.”

“Motherfuckers that sound like a humpback whale exhaling through their blowhole every damn time they take a drink.”

And not just as an odd cute one-off, but like a dedicated thing where they’ll even batch-forward links to those posts with captions like “we tried the XYZ challenge on our little guy! Watch and share!”

Jesus Christ Karen it’s your goddam CHILD, give it a rest maybe?

Especially given that we have no idea who’s watching these kids on these super public platforms, and a lot of them come under regular fire for being chum in the water for pedos, it just feels like an exploitative and unsafe thing to do.”

Now I’M annoyed…but I’ll get over it.

Okay, now we want to hear from you!

In the comments, please talk to us about the things that really get your blood boiling.