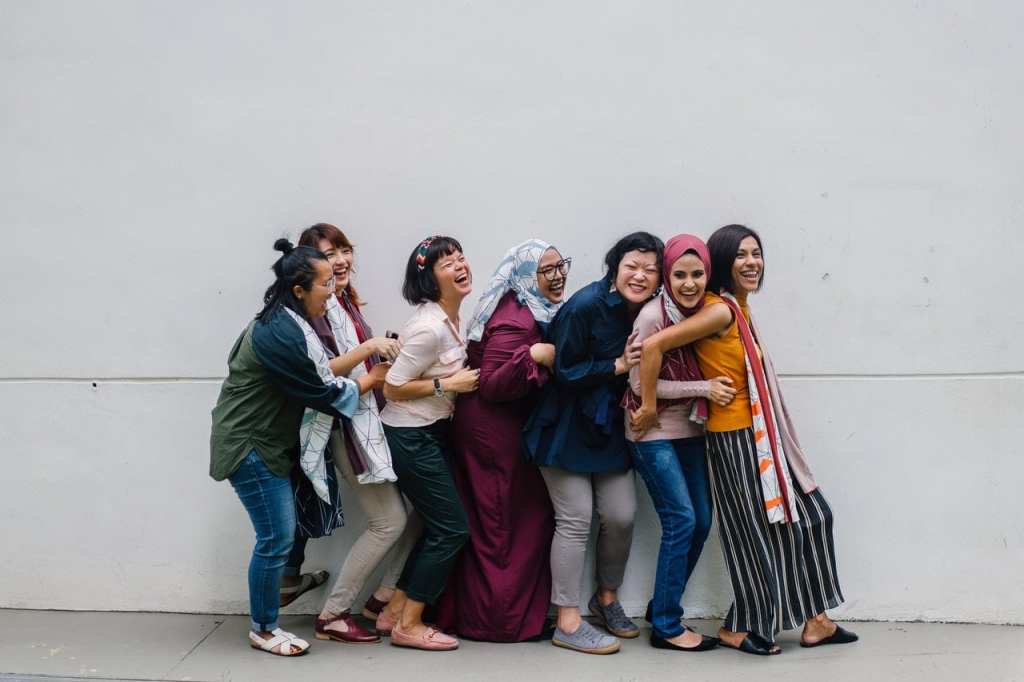 20 People Share Wholesome Jokes That Always Get a Good Laugh

There’s nothing wrong with a raunchy joke every now and then, but wholesome jokes are always a safe bet. G-rated jokes are often seen as boring or not funny enough, but these Redditors have found family-friendly jokes that are always a hit!

They’ve shared these online, and maybe you can have these in your arsenal so you can make someone else laugh!

“I’ll never forget my dad’s face when I gave him his 50th birthday card , tears in his eyes as as he said to me ‘one would have done’.”

“You know, there’s a fine line between fishing and standing on the shore like an idiot.”

18. Use This When Washing Your Car!

“A father was washing his car with his son and the son asked, ‘Dad, can’t you just use a sponge?'”

17. What a Small Difference!

“What’s the difference between a hippo and a Zippo?

One’s really heavy and the other’s a little lighter.”

“During a funeral service, a gentleman approaches the grieving widow and says, ‘Excuse me, may I say a word?’

The man gets up and says, ‘Plethora.’

“One day, a police officer pulls a car over and sees the back seat is full of penguins.

The driver says, ‘I did, and today I’m taking them to the movies!'”

“Plateaus are the highest form of flattery.”

“Larry was an old piece of lasso who steps into a bar one day for a drink. the bartender looks at him suspiciously and says, ‘Hey, Pal, we don’t serve ropes here.’

Larry steps outside, ties himself into a clove hitch and unravels one of his ends into a feathery mess.

He goes back inside and in a low voice says, ‘Beer, please.’

Bartender says, ‘Hey. aren’t you that rope who was just in here?’ Larry replies, ‘No, I’m a frayed knot.'”

12. We Were Concerned For a Minute!

“A friend of mine is an agnostic, dyslexic insomniac.

He stays up all night long wondering if there’s a dog.”

11. Careful With the Dwarves!

“Just got attacked by 6 dwarves.

“Why did the old man fall into the well?

Because he couldn’t see that well.”

9. The Joke That Never Ends!

“What did the fish say when he swam into a brick wall?

What did the fish’s son say when he ran into a brick wall?

What did the fish’s grandson say when he swam into a brick wall?

Keep it going until the person either says ‘I don’t know’ or ‘is this going to end?’

“When does a joke become a dad joke?

“What do we want? LOW FLYING AIRPLANES!

When do we want them? NNNEEEEOOOOOOOOWWWWWW.”

6. This Will Get a Chuckle Out of Anyone!

“My Dad used to always say, ‘You should fight fire with fire!’ Which is probably why he got thrown out of the Fire Department.

My Grandad always said, ‘Whenever one door closes another one opens.’ Lovely man but a terrible cabinet maker…”

“Did you hear the one about the octopi that got married?

“Q. What did they give the guy that invented the door knocker?

“What do you call a Frenchman wearing sandals?

I really like this one, not because it’s a pun, but because I’m stupid and think the word quackers is funny.

The joke could literally just be quackers and I’d laugh.”

As you can see, there are so many ways to make people laugh in a family-friendly way. Maybe these jokes can help you make a coworker or classroom laugh. After all, it’s best to save NSFW for the appropriate situation or for people who are comfortable listening to these.

Do you know any other wholesome jokes that can help you strike a light conversation? Share it with us!

Let’s have a nice, clean laugh together!