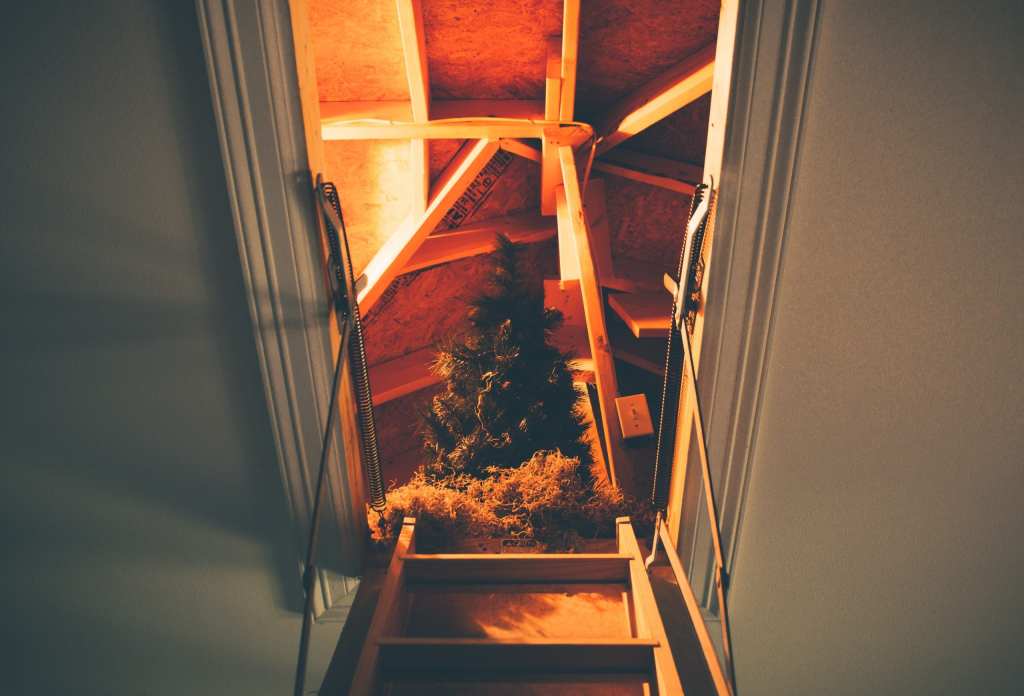 As adults, most of us avoid going up into the attic if we can help it. It’s usually full of cobwebs, it’s super hot or super cold and it’s full of junk we’d rather not sort through at the moment.

But for kids, the attic door is basically the equivalent of a trapdoor hiding a secret, hidden, magical compartment.

Dad Jason Robinson decided to give his daughter Emma a true adventure when she asked what was behind the attic door in the ceiling. It’s so sweet that we bet you won’t be able to hold back tears reading what he did for his daughter.

Here’s how it all began:

A few of you may remember that my 3yo discovered a door in our ceiling, and has been asking about what’s inside.

Her eyes were wide: “Papaí… there’s a DOOR… on our ROOF!!” pic.twitter.com/tPmVt4DVxh

But rather than let her see what the attic actually is — storage — he built her an elaborate treasure hunt:

I’ve been stalling for a few weeks, but I told Emma we’d get a ladder and climb up there to see what’s behind the door.

I happen to know there is… an OLD RUG up there. Meh.

Complete with a treasure chest:

Secret doors need TREASURE though. So, I went to Claire’s at the mall, and bought the SPARKLIEST little treasure box I could find.

The photo doesn’t do it justice, it’s not “rose gold”… it’s both PINK and GOLD, in the most un-subtle of ways. pic.twitter.com/mNiwcUC8jK

The map (drawn by my mother in-law! ?) Marks a path of four familiar landmarks that Emma will know… pic.twitter.com/XiYC4N1d0n

That led Emma to a key that will unlock her newfound treasure:

Pardon me while I go hide THIS ENVELOPE (which contains the key to the box) in the tunnel. ? pic.twitter.com/kslLuNMtgx

This kid is just too cute!

So, the adventure was NOT disappointing.

This GIF about sums it up though — the moment Emma placed the envelope on the map and realized it HAD THE SAME X! ? pic.twitter.com/CDqQFvAt57

Here’s her sweet reaction when she follows the treasure map right to the “X marks the spot:”

Here is the moment she discovers the key ??! pic.twitter.com/PvcfTUyKOj

And here’s what awaited her inside the treasure box:

Needless to say, Emma was STOKED and decided to spend the rest of the day as a princess:

Thanks for following us on this little adventure!

Well done, Dad. Well done. We are seriously impressed with the level of detail and care you took in orchestrating this holy thing. It’s a memory she’ll probably keep with her for the rest of her life, which is so, so great.

What’s the coolest thing your mom or dad did for you as a kid? Any elaborate games or treasure hunts that stick with you to this day?