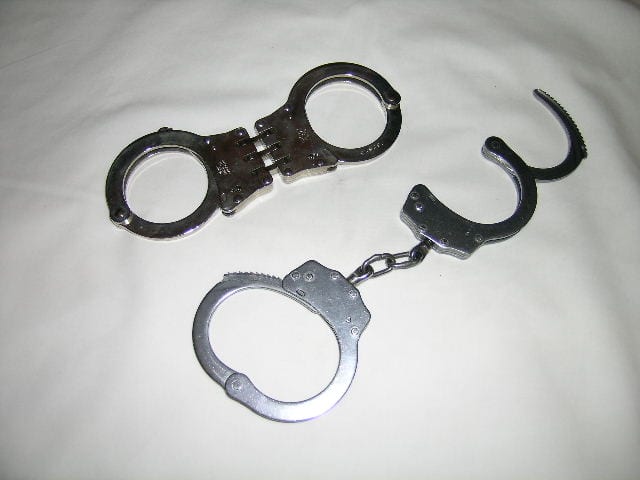 Schools exist to shape young minds and prepare them for adulthood, but children and teens live to skirt the rules. This means they sometimes sneak things into their schools, which means teachers have to show them a little discipline.

On occasion, teachers face the prospect of confiscating these items. Of course, someone on Reddit wanted to know if teachers have ever had to take a cool item from their students, at least for a little while.

“Took a pair of handcuffs during second period today.

“A kid in my class had a Bb Gun. The VP noticed it as he crossed the room. He took it out of the bag and was giving the kid a bollocking when he shot himself in the hand with it.

VP went mental and smashed it off the table.

“Educational assistant, but whatever. A makeshift taser. This kid had rigged up a “taser” using a couple of 9v batteries, wire, tape, and some sort of button from what could have been a toy.

It wasn’t dropping kids, but it was enough to make you jump. I was impressed, but also wanted to pull the little shits arms off and slap the snot out of him with his own arms because he kept stabbing girls in the chest with it. Middle school kids are a weird point where they are too smart for children, but are certainly not human.”

“One of my teachers took my yoyo and said ‘I was pretty good at this back in the day.’

He then proceeded to do about five tricks in succession. We were all impressed. I was a very casual yo’er, and he gave me this smug look and said ‘show me your best trick.’

I shamefully put the yoyo back in my bag.”

“I took six bullets off of a first grader.

When I asked him where he got them, he said from the gun. I then asked how he got them out of the gun and he made the movement with his hands that showed he ejected the shells. I took him to the office. While he was there, I checked his book bag to see if he had a gun in there. Nope, just a baggie full of credit cards with 15 different names on them.

Nothing happened to the child or parent.”

“A redback spider from the gently closed palm of a 7 year old boy’s hand, almost every recess for a month before I figured out a way to make him stop.

He was never bitten.”

14. Dragonflies: What’s Up With Kids and Bugs?

He was a little 4 year old boy that would never listen to any of the rules and generally just cause a lot of trouble. Anyway, he would catch dragonflies, without harming them. When you told him to release them he would open his backpack and 2 or 3 dragonflies would fly out.”

“Scorpion in a jar.

The kid had put in leaves, twigs and even some smaller bugs for it to eat, made a real habitat.

HOWEVER, he was clumsy as hell and had a top locker above a concrete floor. No way I was going to risk him smashing the jar and letting it loose in corridor.

Gave it back to him at the end of the day with very clear instructions it was not to return to school.

ETA: Yes I am in Australia, but in the south so wasn’t a particularly venomous scorpion, the sting would have caused about the same level of irritation as a bee sting (as for someone non-allergic).”

A live bird caught outside.

“When I was a casual teacher I confiscated a knife from a 5 year old.

He threatened me with it when I tried to get him to do his work.

It was my first week.”

“There was a big conspiracy of exam paper trading going on around the area my school is located in.

Some kid figured out a way to get the independent exam that several of the schools would purchase each year.

He sold copies to anyone who would buy them, including our students.

We confiscated a copy of the exam with a different schools logo on it before it was issued to our students.

Eventually my school figured out we couldn’t buy exams from this seller anymore as the papers for most subjects (English, maths, Chen etc) always made it to the kids through the black market.

To my knowledge, the seller was never caught.”

9. Drugs, Knives, and a Kitten

A number of flick knives.

And my personal favourite – a kitten. He found it on the way to school, brought it with him and had it in his locker (with lots of air flow and a blanket for comfort). I caught him trying to smuggle a saucer of milk to it.”

“Frozen water bottle full of frozen margarita he was passing to his friends. 8th grade homeroom, so 13-year olds sharing a cocktail at 8 am.

It was actually kind of clever hiding in plain sight (it did just look like a bottle of frozen water), but my teacher sense told me something was up.

Edit: +1 to age. I don’t teach anymore and misremembered the age range of 8th graders. I think it was Fall semester, though, so more likely 13 than 14 years old.”

You could swap in and out a bat or knife, it also had several different things it would say. It became kind of our classroom mascot. Everyday before the kids got in class I would move it around the room to a new place.

I would play dumb until the noticed and act surprised.”

“I took a plastic lightsaber to school in 1st grade for show and tell.

They reacted like it was a mass destruction weapon…”

“A paper airplane that flew straight as a dart but constantly spiraled.”

4. At Least the Kid Got Paid

“Had a teacher confiscate/ pay for a raunchy drawing.

We had a really good artist in our science class and during the lesson he drew our science teacher as one of Jack’s French girls.

She was so impressed with the work she said “wow, that’s incredible, highly inappropriate.

Wait right there” got her purse out and gave him £10 for it while explaining why you should only draw life models and not in science class.”

3. How Does This Even Happen?

“I confiscated a fidget spinner from a kid who used to play with it all the time.

He claimed it helped him concentrate.

I gave it back at the end of the day and observed him over the next weeks.

He really did study better when he was playing with it. Went out and got one for myself.

“Weed. And I like to think I did it in style.

When I was young I did a side-gig as a high-school teacher for a semester. I had 1st and 2nd period with this class of 15 yo’s, mostly boys. Before the 1st hour begins I see how one of them excitedly shows something in his pencil case to his mate. They sat in the first row, so when they whispered something like “whoa, where’d you get it from?” and “how much?” it was quite obvious they have a bit of weed there. Stealth 0/100.

Technically speaking I should have reported them there and then, even involving police, since weed is illegal where I live. They would have been in a fuckton of trouble. I could have also done nothing. What I did instead is when they all left for the break, I locked the door from the inside, opened that pencil case and pocketed the weed.

The quality was so so, and it was barely over a gram. This was fifteen years ago and it’s the only time I knowingly stole something. I don’t regret it.”

Funnily enough, few teachers responded with typical answers such as phones, gadgets, or even popular toys. Then again, it is the internet.

Are you a teacher or school employee? Let us know in the comments if you’ve ever had to confiscate something interesting!