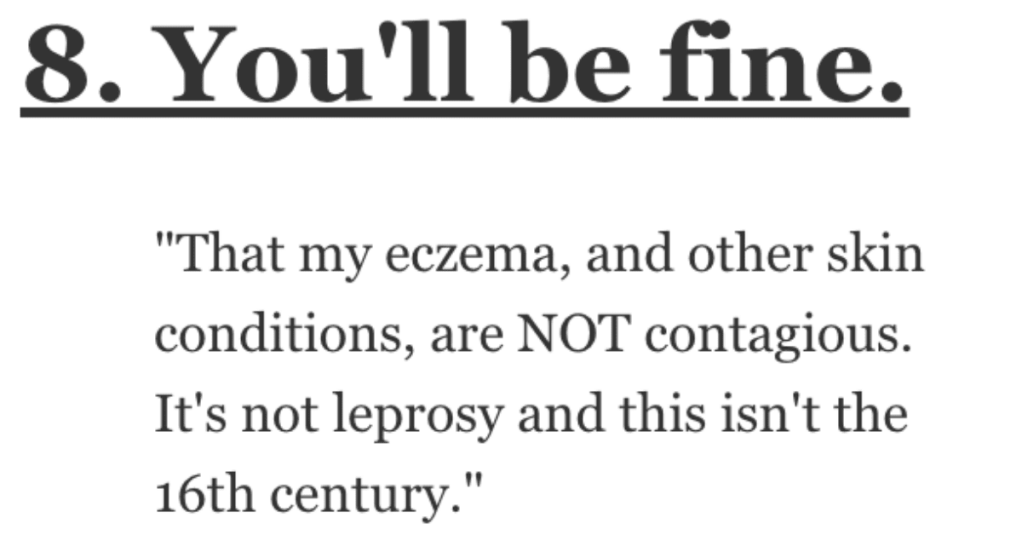 Why do people feel the need to badger other folks with questions?

It drives me crazy!

And we also have those certain questions that we’re tired of hearing.

“I am perfectly happy doing nothing.

Could be just sitting on my couch, or my porch, or on my phone. Not having plans is the best thing ever.

I am a very simple man.”

“The amount of people who seem to not be able to comprehend how introverts work is amazing.

We don’t h**e people, we just find it exhausting to be around them, that doesn’t mean we dislike being around them, it just means there is a limit to how much we can do.

Also some people just aren’t mentally draining to be around, that’s how you know you are really close and really like their company. Not hard people!”

“That the red zone is for immediate loading and unloading of passengers only.

There is no stopping in the white zone.”

“That just because I seem perfectly functional, can hold a job and seem pretty assertive; does not mean that I am not constantly fighting my own mental illness, anxiety and physical ailments.

I just have strong coping mechanisms and working medication. I also have spent almost 10 years getting to this point so I can look/act this normal.”

“That I have bipolar but it’s not like I’m a crazy socio path, I just have weird swings here and there.

I’m medicated, I see a therapist every week and I see a psychiatrist every month.”

“Just because I’m in a wheelchair and I’m out in public doing my thing, doesn’t mean you, a complete stranger, can ask me “what happened?””

If someone says “God bless you” or “we are praying for you”, we are supposed to be happy for that.

But I say “Jesus f**king Christ” after I stub my toe and I get an earful about using the lord’s name in vain.

“That my eczema, and other skin conditions, are NOT contagious.

It’s not leprosy and this isn’t the 16th century.”

“That disagreeing with someone’s opinion isn’t an attack on them.

And sharing one opinion with someone doesn’t mean you share ALL of their opinions.

And sharing one opinion with someone who shares another opinion with a third person does not mean you share ALL the opinions of that third random person you don’t even know.”

You can stop looking at me like that, thanks.”

I’m in recovery but that’s none of their business.

So many people cant comprehend that not everyone drinks!”

“Why I look mad all the time.

I have an Oscar winning b**ch face.

“That not all homeless people are homeless because of addiction or mental health.

That you can be homeless simply because you’re poor.”

“Myself. My medical conditions.

I literally need to know psychology, biology, and sociology to explain myself every day.”

I’ve just started saying I don’t want to maybe pass my unknown seizure condition on to them to shut them up but I didn’t want kids even before then.

I just… am not good with stress and I wouldn’t be a good mother.”

“How you can’t catch a cold by being cold.

That it requires germs first and foremost.

So many adults still think this.”

“That there are no f**king apostrophes in plural words.

Motherf**kers putting apostrophes in any word that ends with an S.

“That I don’t drink beer because I can’t, but because I h**e it.

It’s like a strange bitter juice with a bad aftertaste.”

“The Covid vaccine is not going to turn you gay, make you magnetic, put a microchip in you, turn you into a “liberal socialist” or whatever bats**t conspiracy theory Q is pushing this week.”

“I’m tired of explaining to my children why they have to healthy food and not just junk food all day.

I’m about to go through the house and throw it all away.”

“That I don’t owe anyone my time.

I don’t owe anyone an explanation for why I don’t answer a text or phone call immediately.

“For those people who fear or don’t like snakes, that everything they think know about snakes is generally false for the most part.”

“Yes, they are technically my parents, but they are also a**sive a**holes and I owe them nothing.

The fact we share DNA doesn’t mean I’m not allowed to cut them out of my life.”

Most people are chill, but there are far too many people who think that me eating a falafel instead of kebab is some sort of personal attack on them.”

“Why I’m not married.

I’ve been with my boyfriend for almost 10 years and no one besides my sister believes that I’m actually the one who doesn’t want to get married.

If it were up to him, we would’ve been married in our first year of dating.”