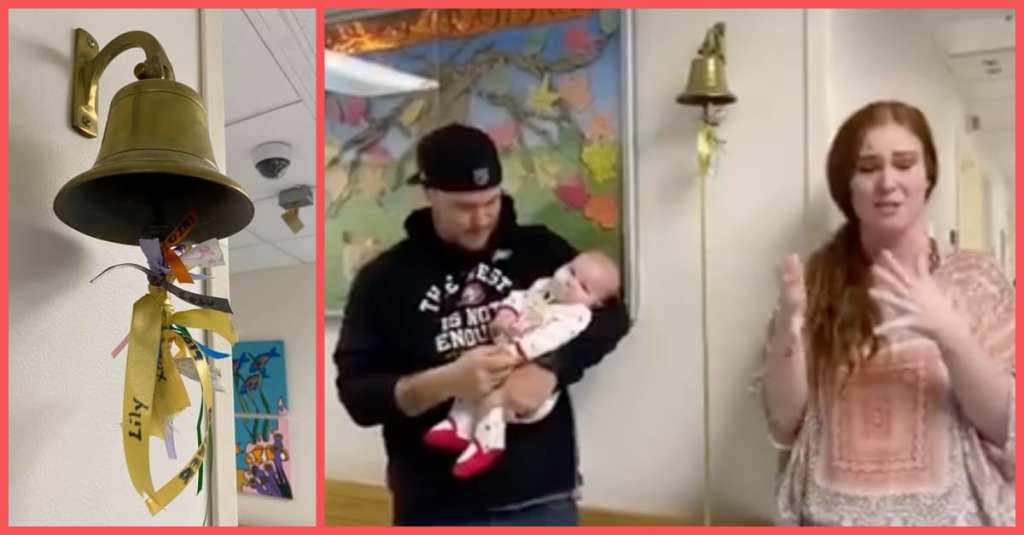 When Lilian Grace Borden was born, her parents were overjoyed with their beautifully perfect baby. But soon, it became clear something was amiss. According to a GoFundMe, Lily’s mother, Sharon Borden noticed she wasn’t able to move her limbs normally.

After an MRI, doctors saw a problem with her brain stem. By that time, however, Lily was already in the neonatal intensive care on breathing and feeding tubes and the team at their hospital in Nevada wasn’t sure what they had found. To further investigate what was plaguing Lily, a medical transport to UCSF Benioff Children’s Hospital in Oakland, California, was arranged.

“By the time of her next MRI, just days later, the tumor was larger and now ran from her brain stem down her spinal cord to below her shoulders.”

Although the tumor was inoperable and rapidly spreading, a biopsy was completed. The tumor was now an aggressive stage 3-4 malignant glioma.

But a new hope emerged! A targeted chemotherapy for tumors of a certain genetic makeup had just received approved. The family had to act fast if they wanted to save Lily.

After a round of chemotherapy, the go-ahead to receive the new treatment finally came. Lily’s tumor was gone three weeks later, and she got to ring the bell declaring herself cancer-free.

Now Lily can get back to the important work of growing up and living an amazing life.

Stories like this that really make us think about our own mortality and how fragile life truly is. So make sure to do something for yourself today, and maybe even call a friend or family member you’ve haven’t spoken to in a while.

Enjoy the beauty that is life, because we’re only here for a short time.