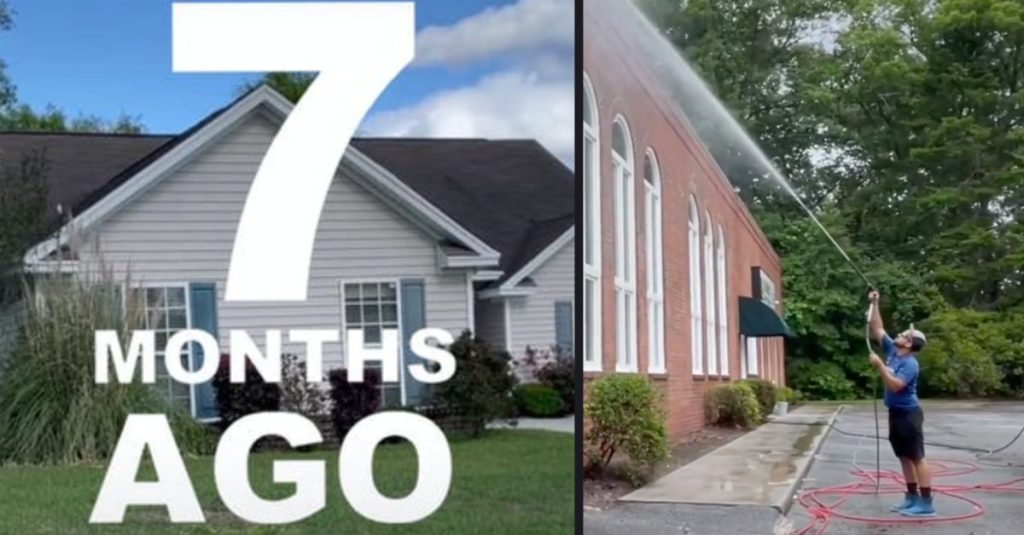 Because there are a lot of shady folks out there when it comes to business and that sometimes includes the customers, too.

A contractor shared two videos on TikTok about his bad experiences with a deadbeat customer who managed to avoid paying him for seven months for a pressure washing job.

In the first video he posted, the contractor finds out that the customer actually moved out of the house that this guy had cleaned.

And in the second video that was posted, the contractor says he learned that this guy screwed a whole lot of people out of money and was actually arrested on a felony charge for also not paying the person who fixed his roof.

He added, “For me, it wasn’t about the money. It was about the principle of it. He can have my money, so he can post bail to get out of jail.”

Keep your eyes open for shady folks out there! You never know when you’ll get burned…

Okay, now we want to hear from you. What do you think about this story? And have you ever been ripped off like this before?

Talk to us in the comments and let us know. We’d love to hear from you!