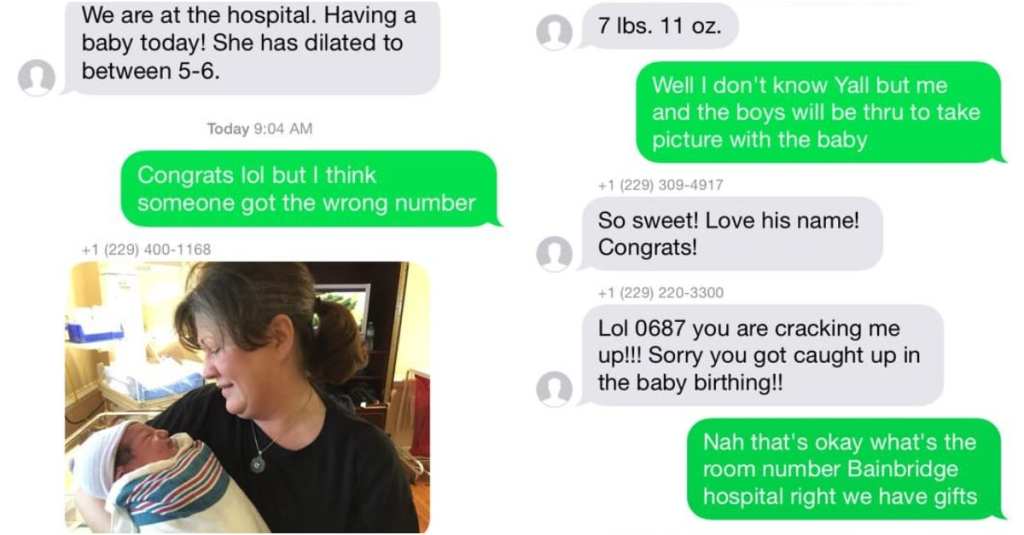 A Family Accidentally Texted Strangers About Their Baby News. They Showed up with Presents for the Newborn.

Don’t you just love it when a wrong number event turns into something so incredibly wholesome it restores your faith in humanity?

That’s exactly what happened when new parents Mark and Lindsey Lashley got a surprise visit from complete strangers all because of a text mix-up. As Mark and Lindsey were welcoming their new son, Cason Knox, into the world, Mark’s mother Teresa was busy sending out tweets updating loved ones about the big news.

Teresa thought she was sending out a mass, but included in that group on accident was a man named Dennis Williams.

Williams had no idea who was texting him but was happy for the new parents and the healthy baby.

Dennis and his brother Deorick decided they should pay the Lindseys a visit, even if they were complete strangers.

Mark Lindsey said, “It was different. I mean, my friend just walked in and said: ‘There are some more people coming down the hallway,’ and we didn’t know who they were and they said, ‘Oh, we’re the ones who got the random text message.’”

Mark was moved by the act.

He said “[My mother] thought she was still talking to my cousin, that’s who she thought she was talking to. I don’t think we would have randomly invited them over but we appreciate it and the gifts. You don’t hear about much compassion in the news anymore.”

Kindness to strangers, people. It’s good for your soul.

Nice work, Williams brothers. They’re obviously stand-up guys who we can all learn a good lesson from.