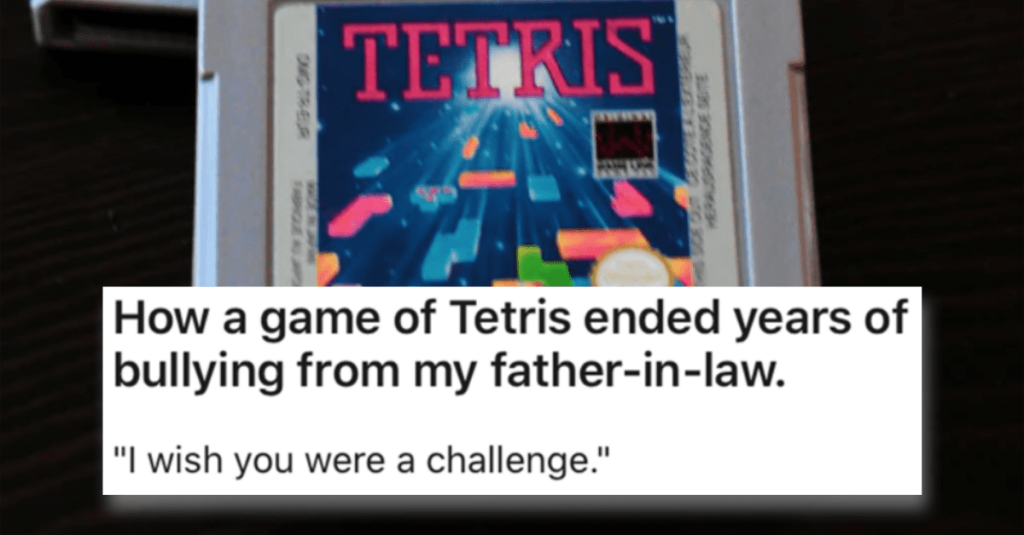 Three things are certain in life: death, taxes, and the fact that you’re probably gonna clash with your in-laws.

And this story is a doozy!

And this tale all centers around a game of Tetris, funny enough….

Let’s take a look at this story that a guy shared with the masses. 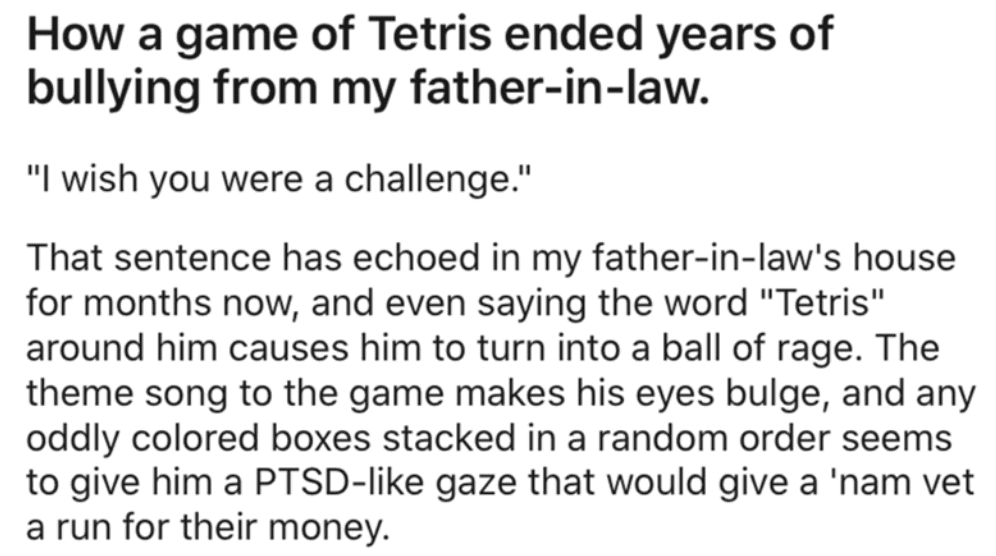 He went into the background of the story about how he met his wife, Kayla. 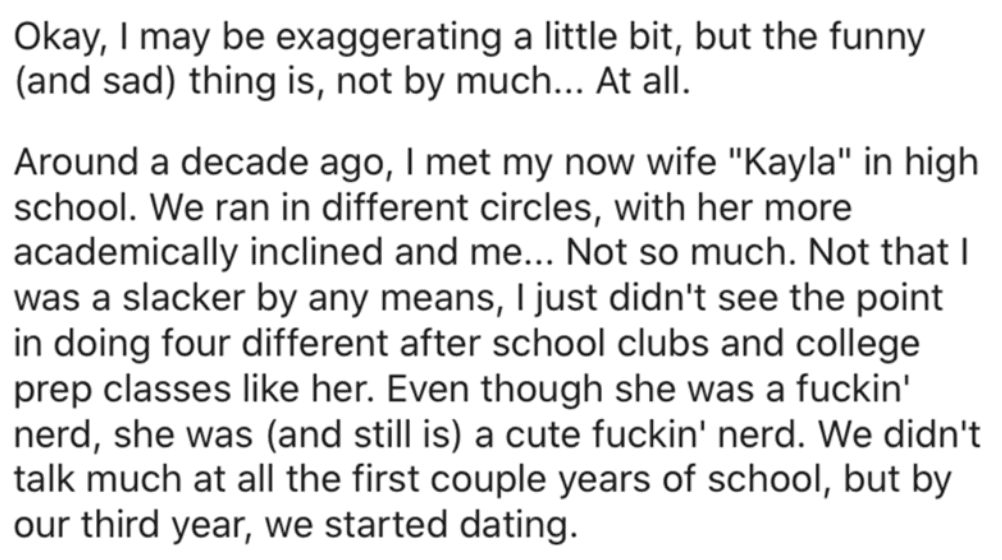 Kayla is from a traditional Asian family.

This guy is Hispanic and her family had a problem with him right from the beginning.

And it sounds like it had always been a rocky relationship with Kayla’s family. 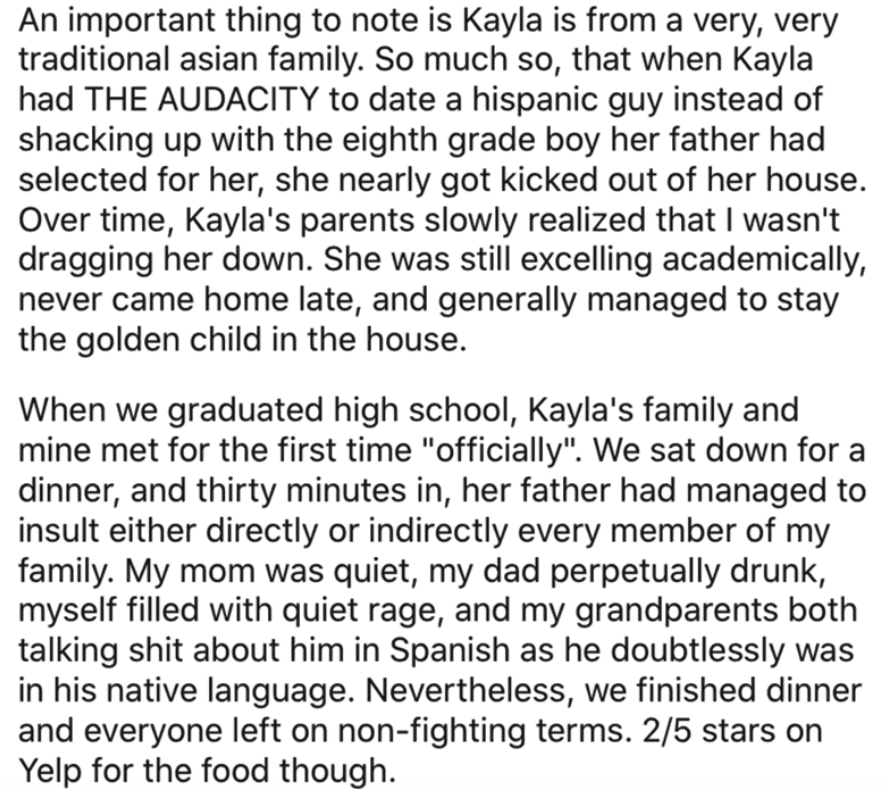 Even though they had some distance between them, their love remained strong and they made it work through years of visits.

But Kayla’s father still did not like him. At all. 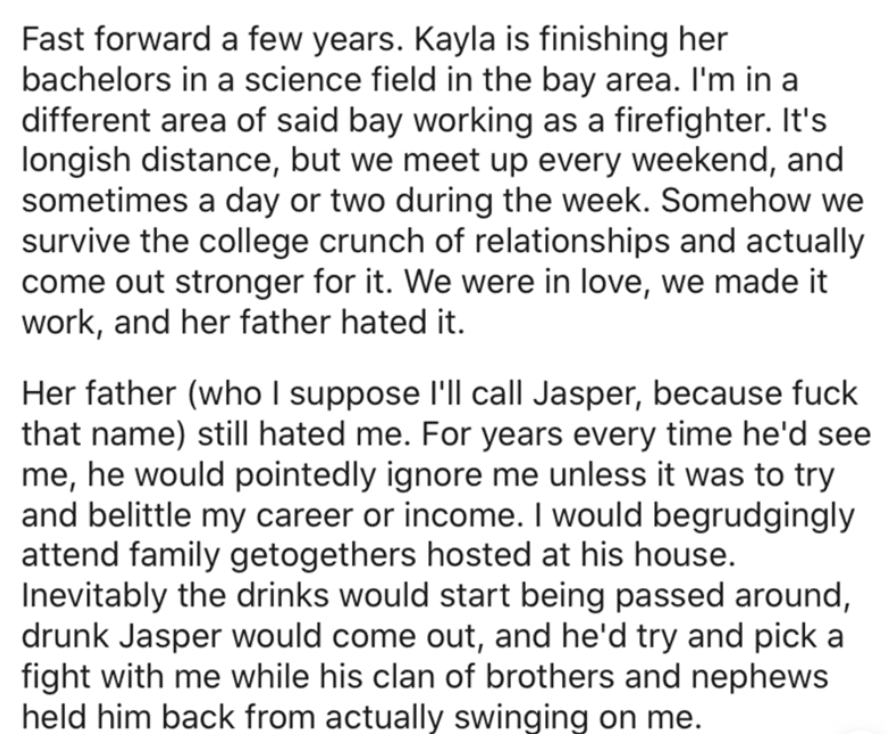 And her father, Jasper, never thought much of him at all…

And, despite the objections from her father, they decided to get married!

And Kayla decided to throw an engagement party at her parents’ house. 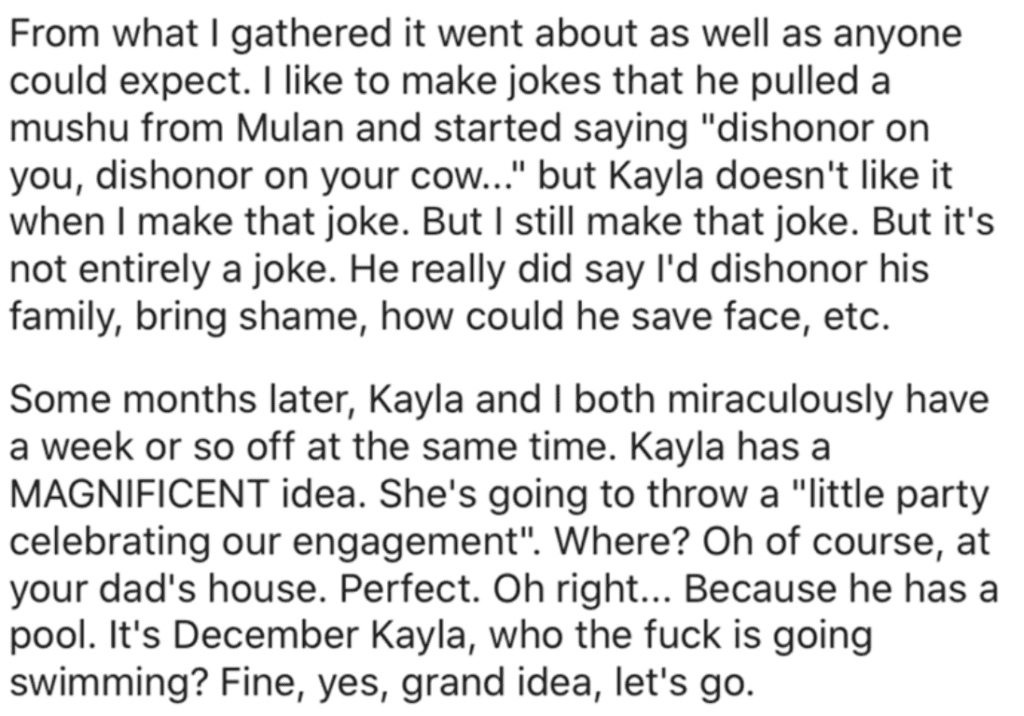 The kids at the party were playing Nintendo Switch, specifically Tetris.

And that’s this guy’s game. 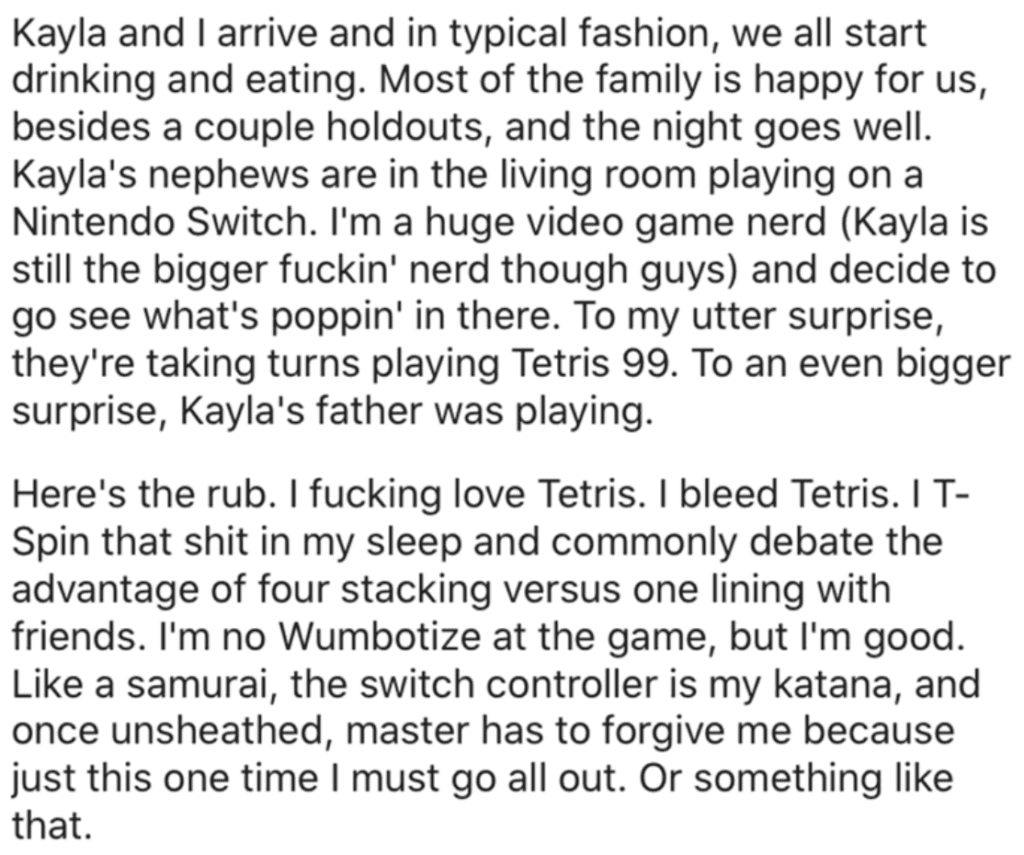 And Jasper was pretty good at Tetris too.

He tried to give Jasper a compliment but Kayla’s father just made a snide remark to the man.

So he challenged Jasper to a game of Tetris. 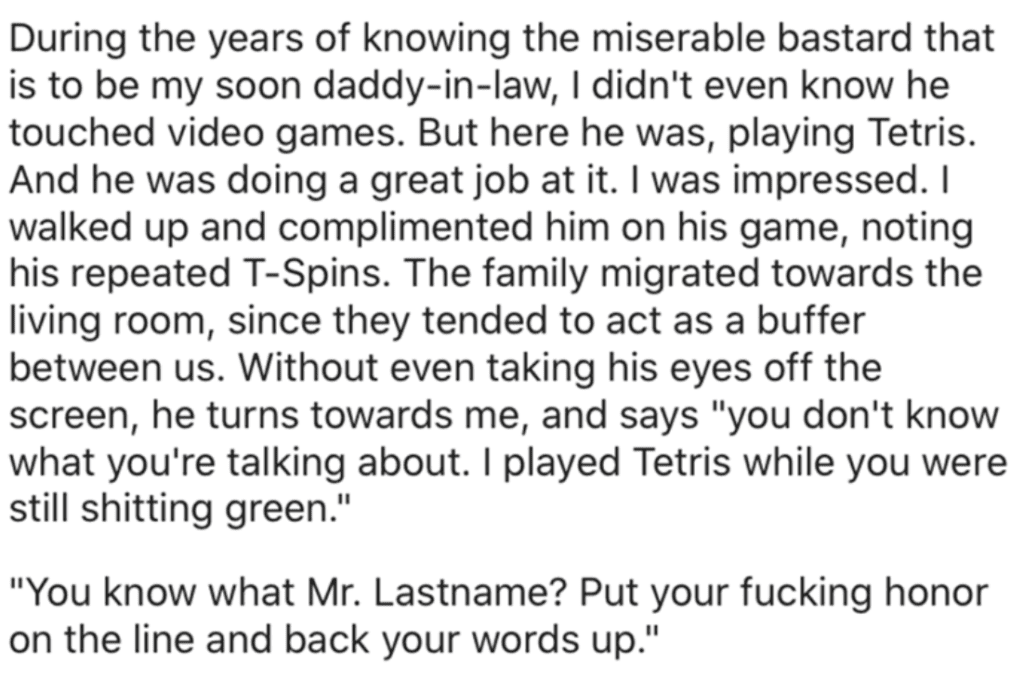 And he finally questioned why Jasper hated him so much.

Kayla’s dad answered that he thought his daughter was making a mistake. 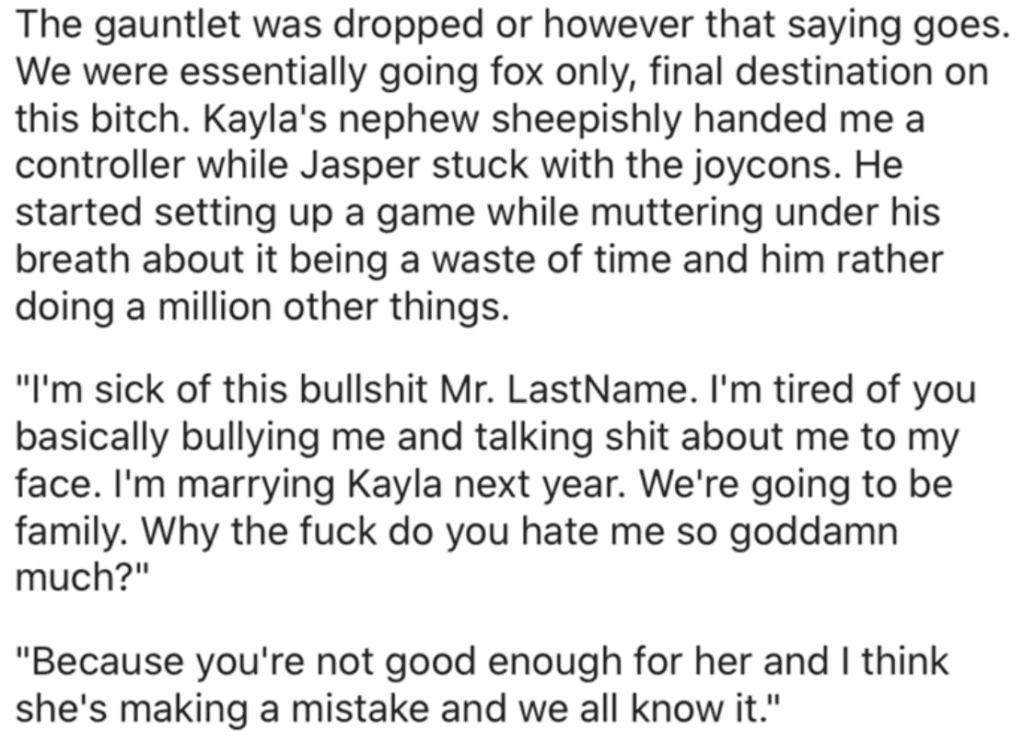 So he decided to lay down a major challenge to Jasper. 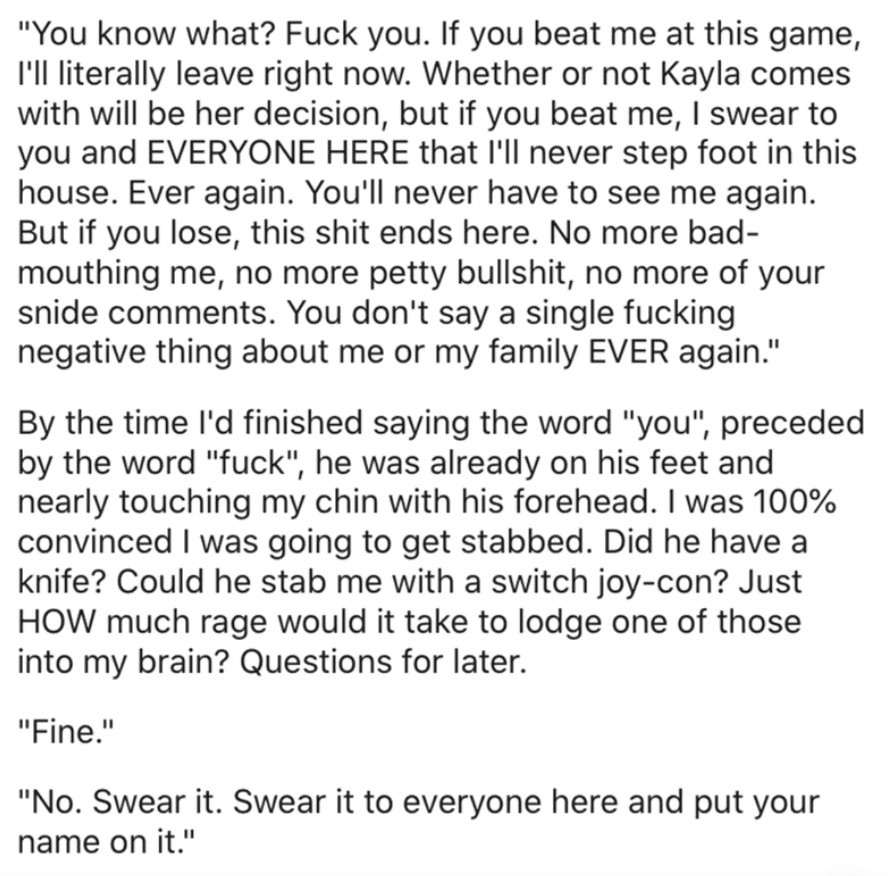 And Jasper agreed to the terms of this epic showdown…and it sounds like he was pretty hysterical and unhinged.

And he said, “I wish you were a challenge.” 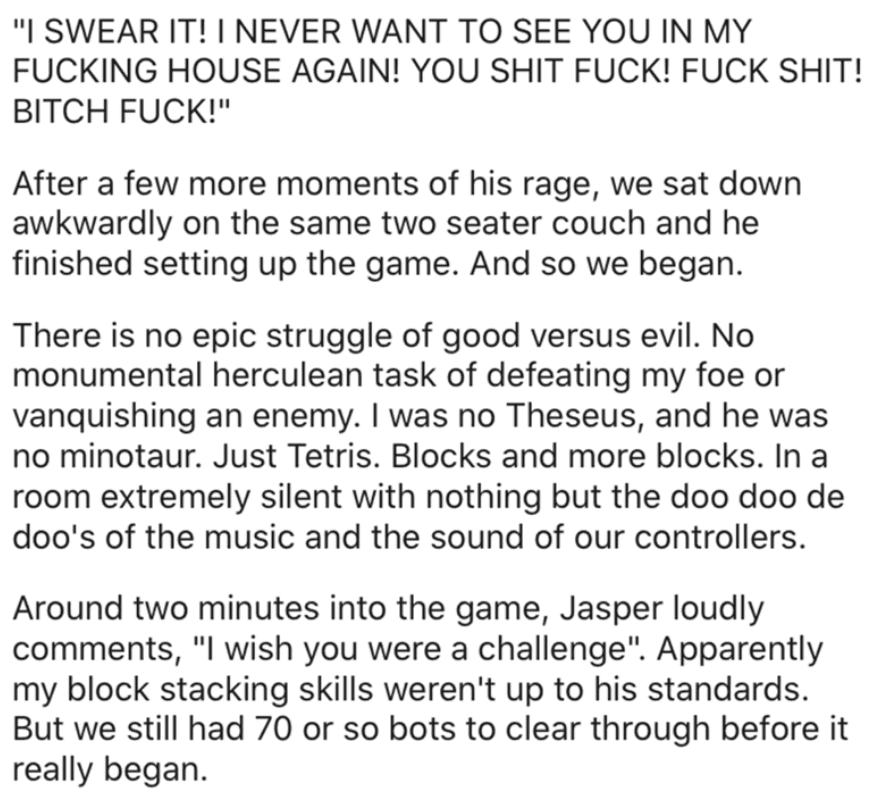 But as the game went on, the man gained momentum and Jasper ended up losing the Tetris game to end all Tetris games. 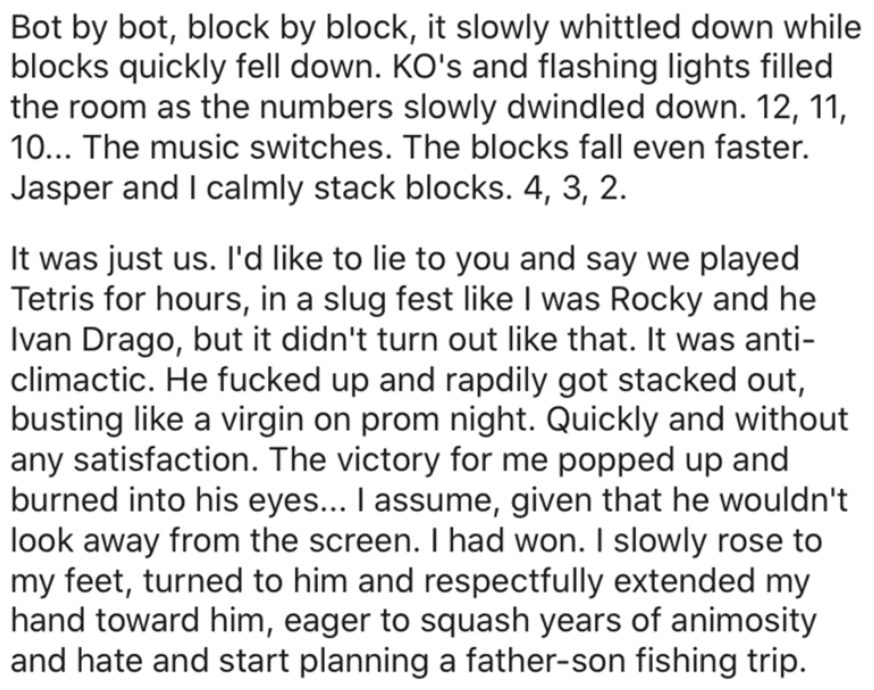 Haha, that last part was definitely not true.

But then the man put Jasper in his place once and for all. 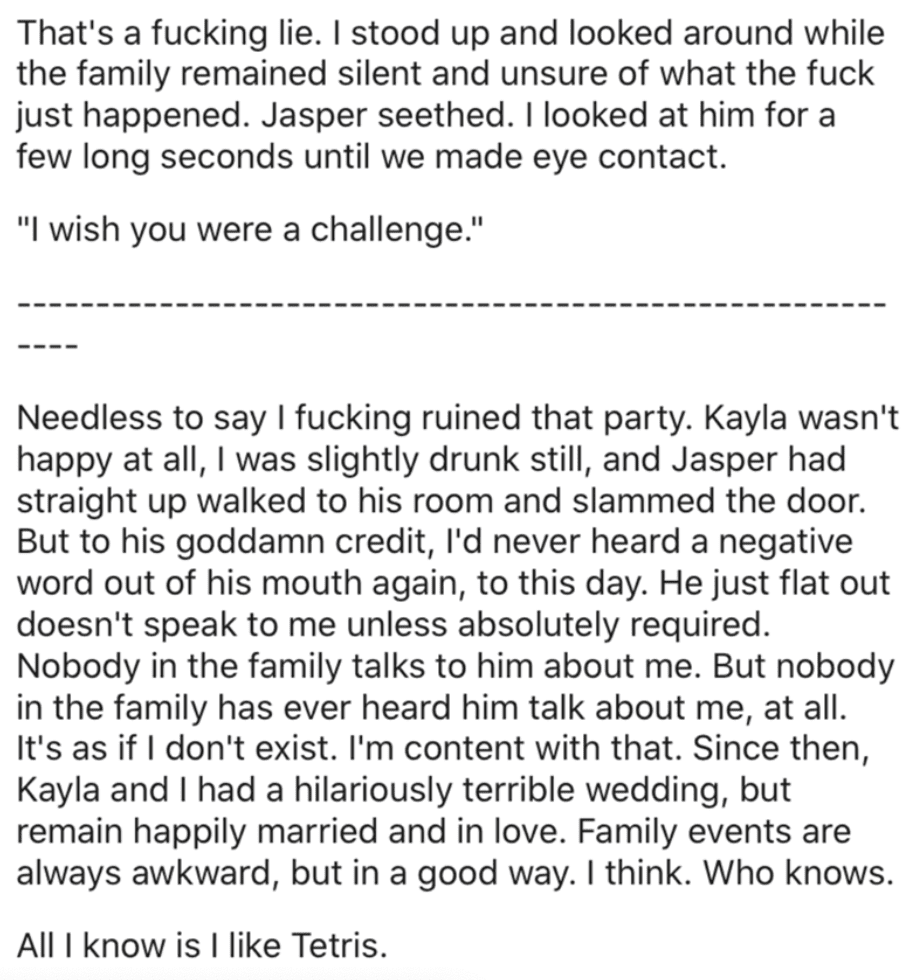 Please share your in-law stories with us in the comments. Thanks in advance!