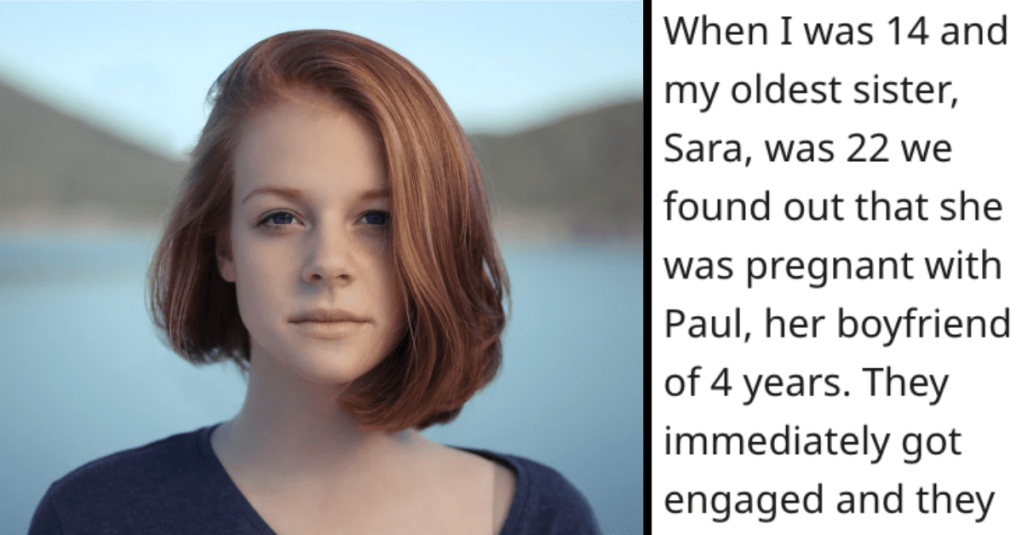 A Woman Shared Her Story: “He Ruined My Sister’s Only Birth Experience So I Made Sure He’d Never Forget Her.”

If you cross someone, you also cross their family members. That’s a lesson most of us learn at a pretty young age.

And hell hath no fury like a woman scorned…especially when her sister is involved.

That’s exactly what happened when a woman felt that her sister’s baby daddy wrong her and ruined her only birth experience…so you know that there was going to be hell to pay. 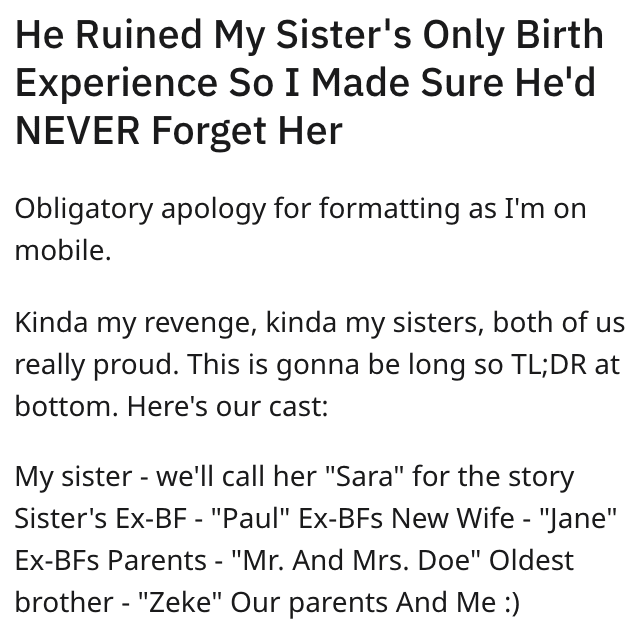 It all starts with the woman’s sister Sara getting pregnant when she was 22-years-old.

And Sara had a very difficult pregnancy, which her boyfriend Paul didn’t seem to make any easier. 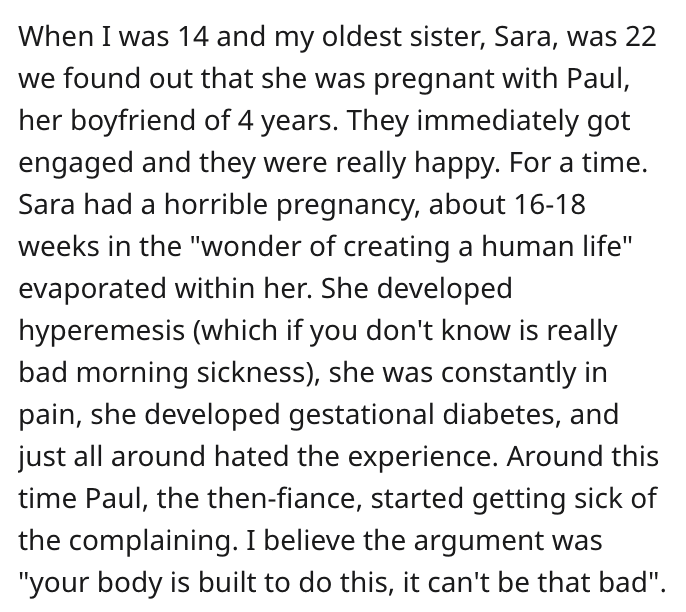 Sara didn’t want the baby to be born on Valentine’s Day, but her in-laws definitely did.

And they even suggested a name that would always link the baby boy to the holiday. 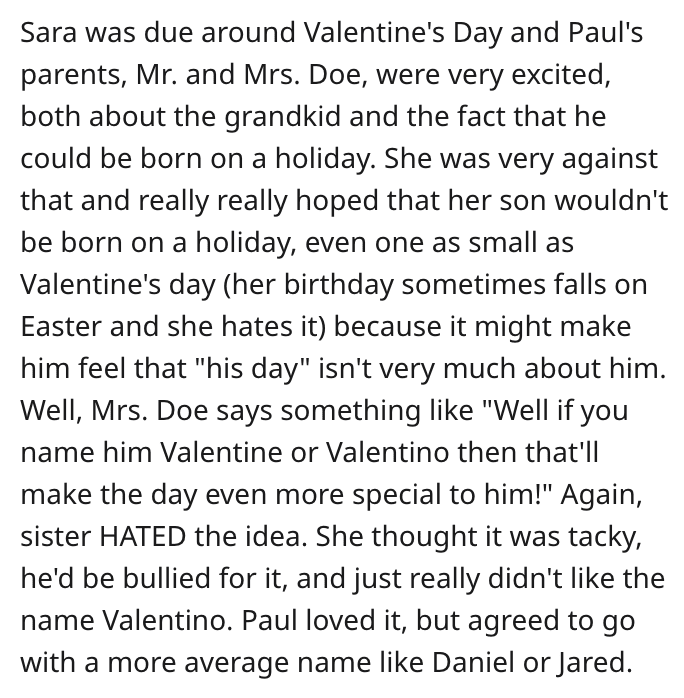 And, wouldn’t you know it, the baby appeared on Valentine’s Day.

What are the chances? 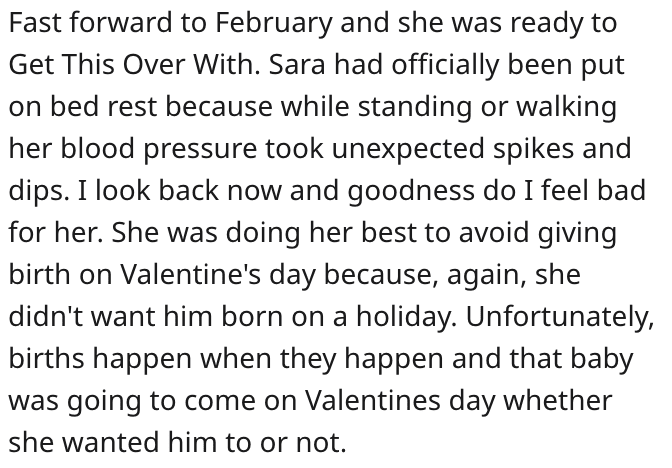 Paul, who sounds like a real gem, didn’t go into the delivery room because he thought it was “gross.”

And the baby was finally born on February 14. 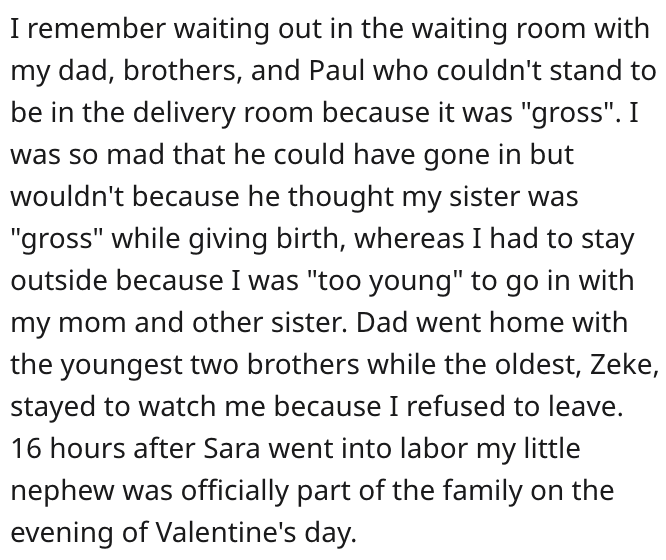 But Sara had a very difficult delivery and doctors discovered that she had a large tumor.

The tumor was so large that Sara, unfortunately, had to have a hysterectomy. 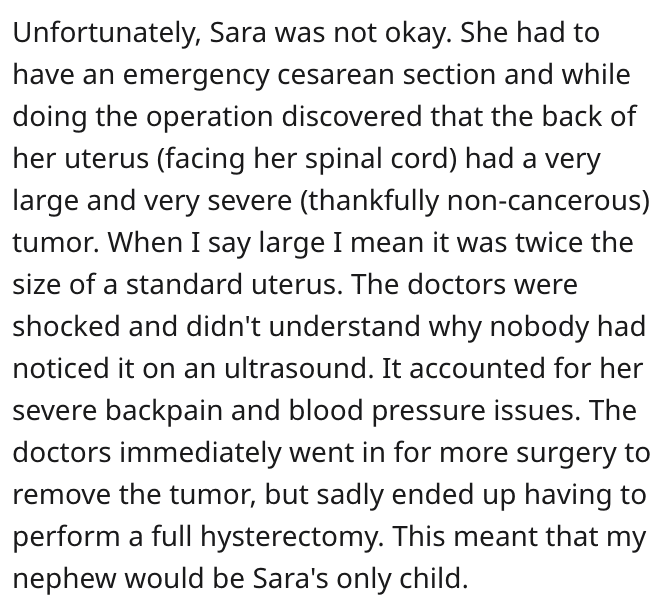 And Paul took care of some things while Sara was in surgery. 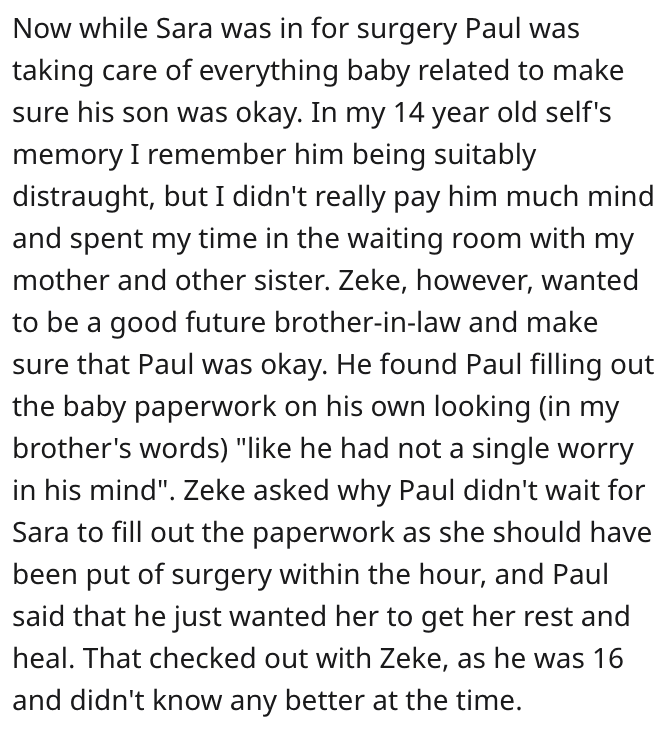 And guess what kind of paperwork?

And guess what he named it, without consulting Sara?

Read on to find out. 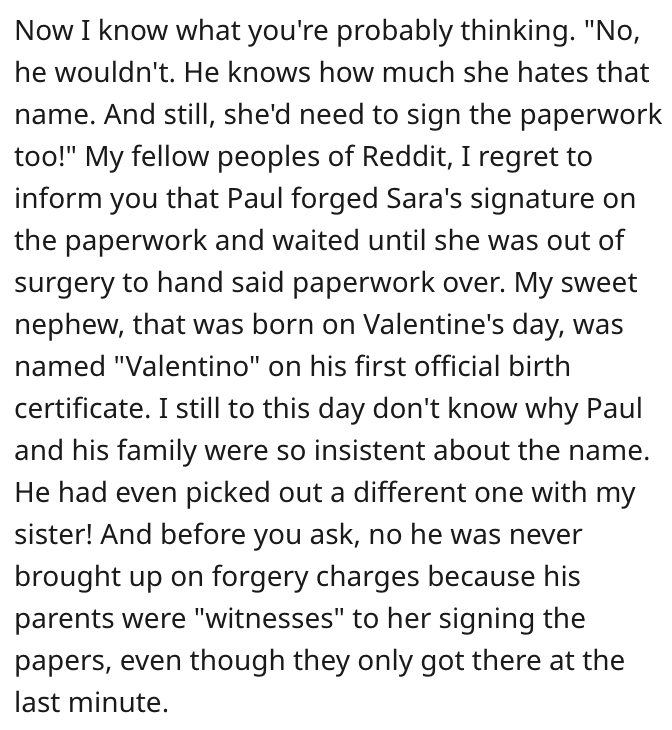 What a jerk! And his parents, too!

Sara was NOT cool with this development.

And she found out some dirt on Paul. 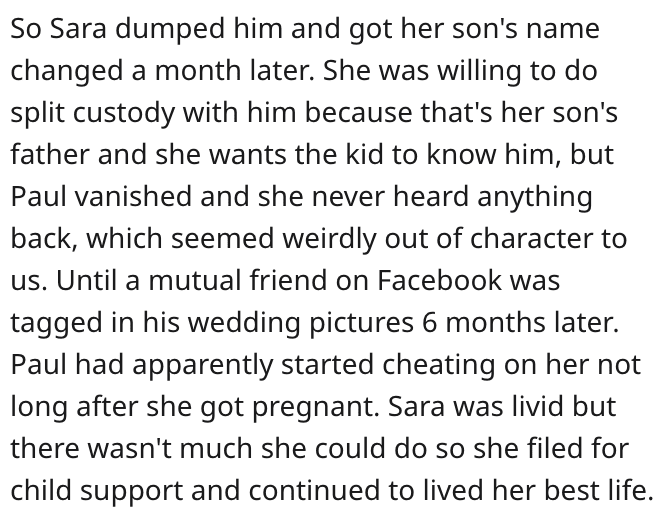 And then a chance encounter made things interesting… 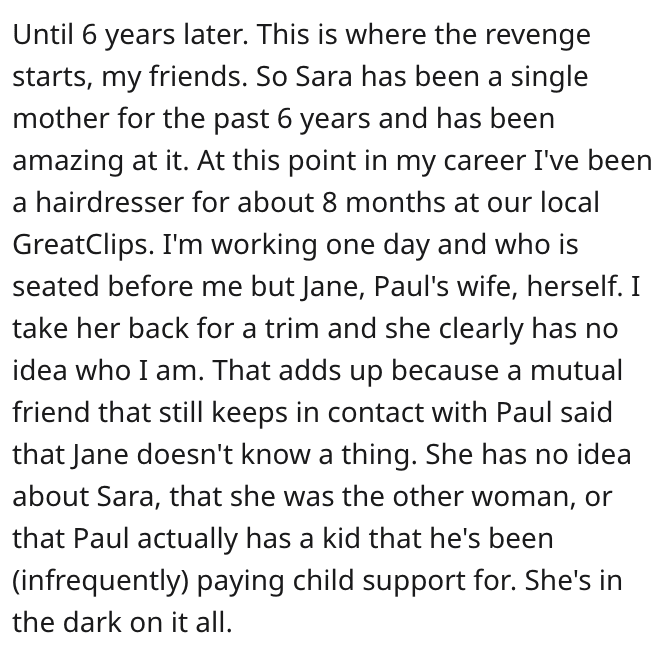 And the woman and Paul’s new wife, Jane, talked about her situation.

And Jane was now pregnant with Paul’s child…

So the woman got an idea… 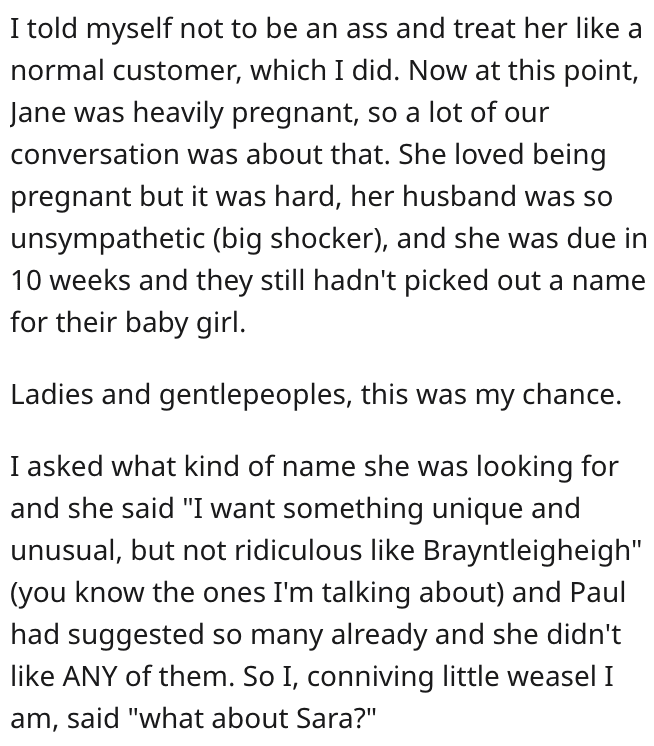 So the seeds were planted…

And Paul now has to live with that name forever. 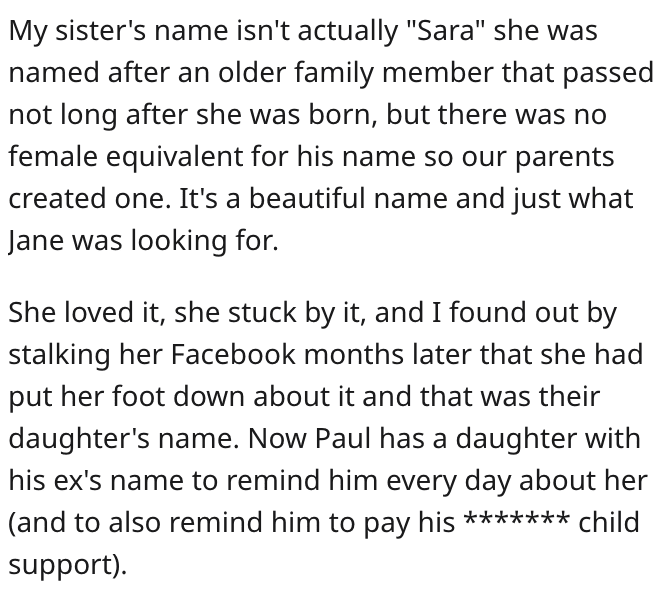 And they all lived happily ever after! 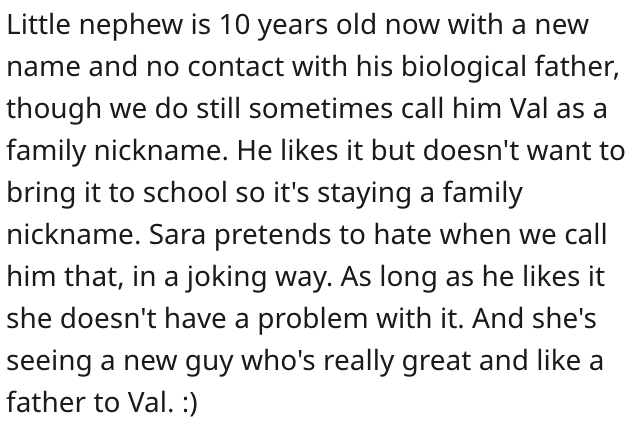 Have you had to deal with any major family drama lately?