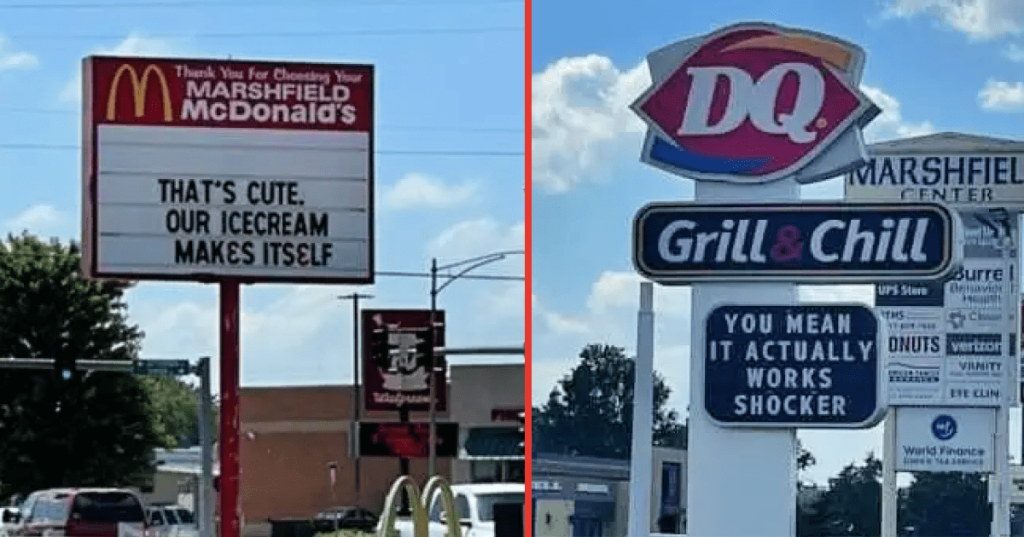 There is little that I love more than a social media war between two company accounts. It’s funny, it’s relatable, and it makes me want to high-five the people behind the Twitter account.

It’s just as much fun when it happens in real life, although some people might think this sign battle between a Missouri McDonald’s and Dairy Queen has gone too far.

It all started when this Marshfield, MO McDonald’s challenged its neighboring Dairy Queen to a sign war. 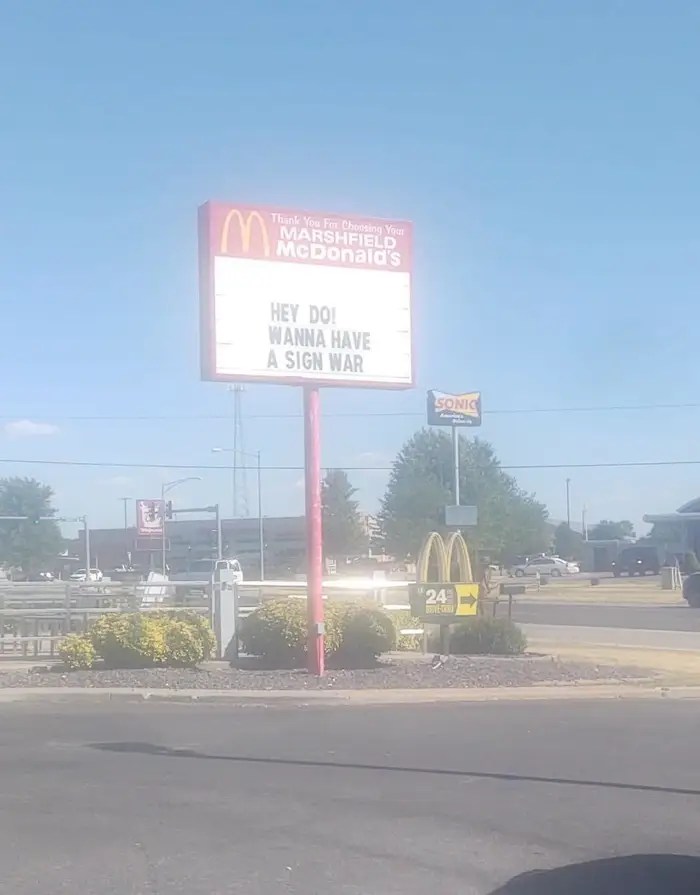 Dairy Queen replied that they would love to play, but they’re too busy making ice cream (which could have been a jab at McDonald’s for their always-out-of-service machines?). 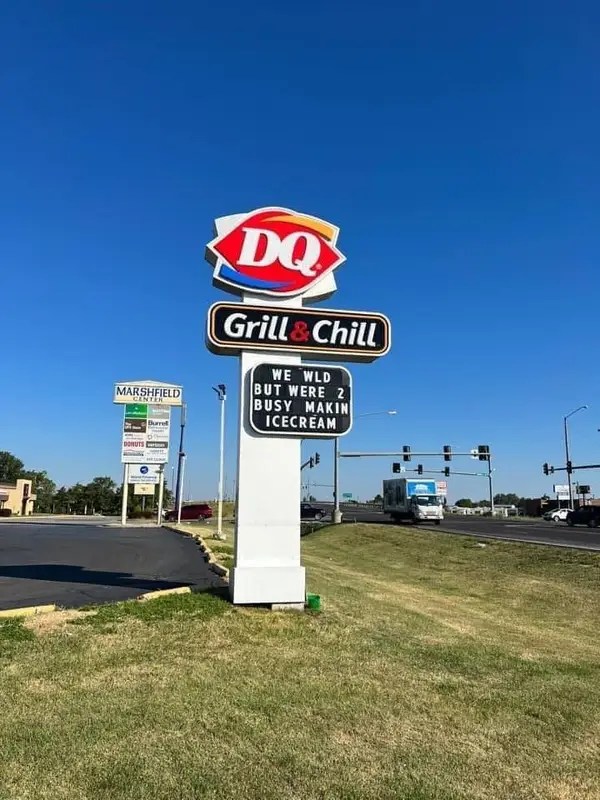 To which McDonald’s replied “wow, salty, like our world famous fries” and really, no one can argue with that. 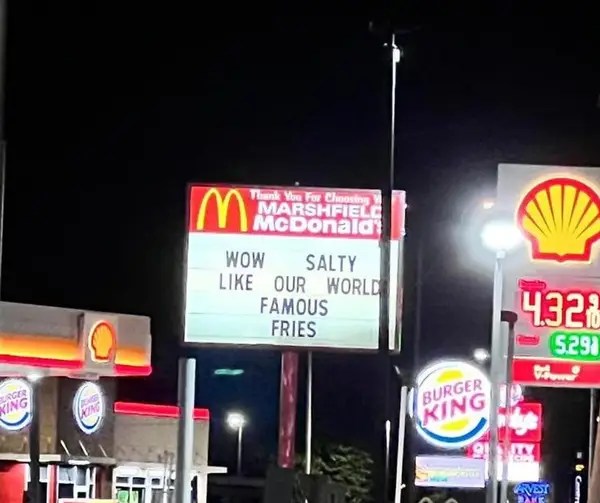 At which point Arvest Bank jumped in… 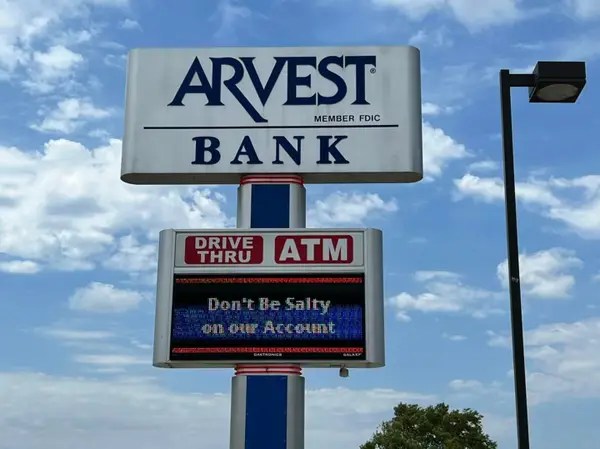 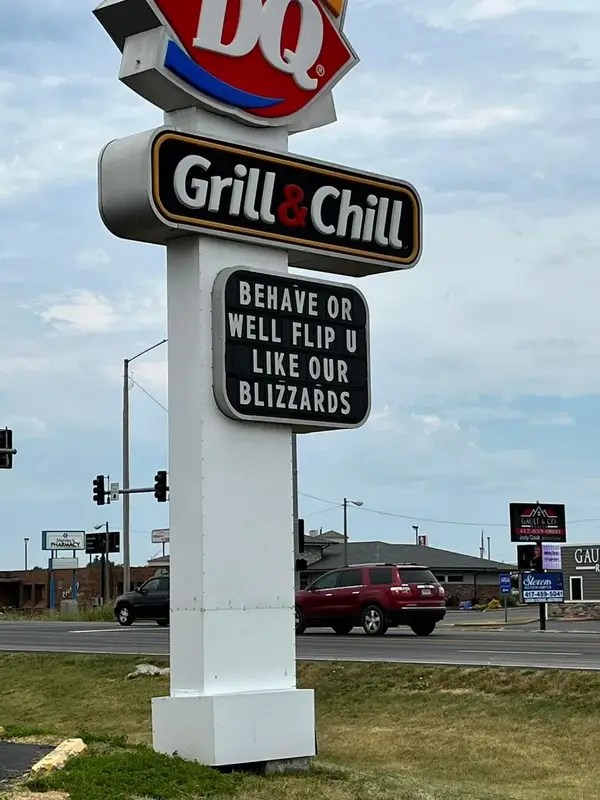 McDonald’s really doesn’t want to go there when it comes to ice cream I don’t think. 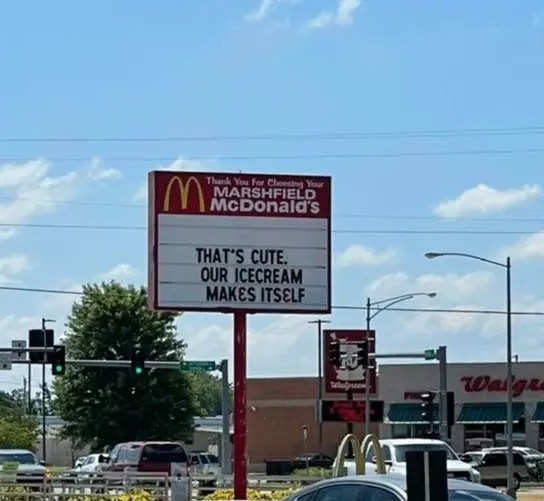 Which Dairy Queen was quick to point out. 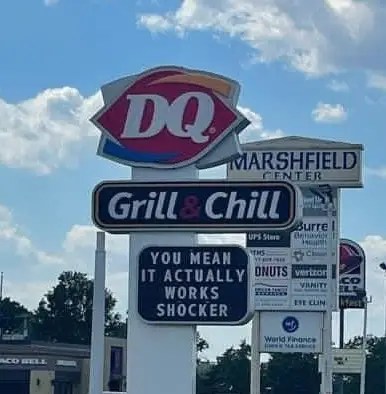 And the bank offered to loan McDonald’s money to fix their ice cream machine. 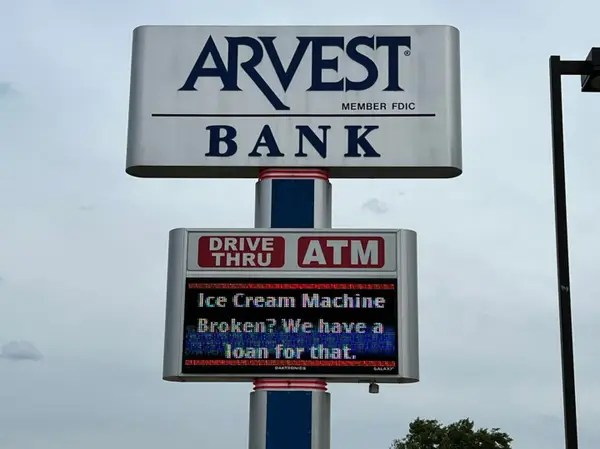 Then these harsh words were exchanged. 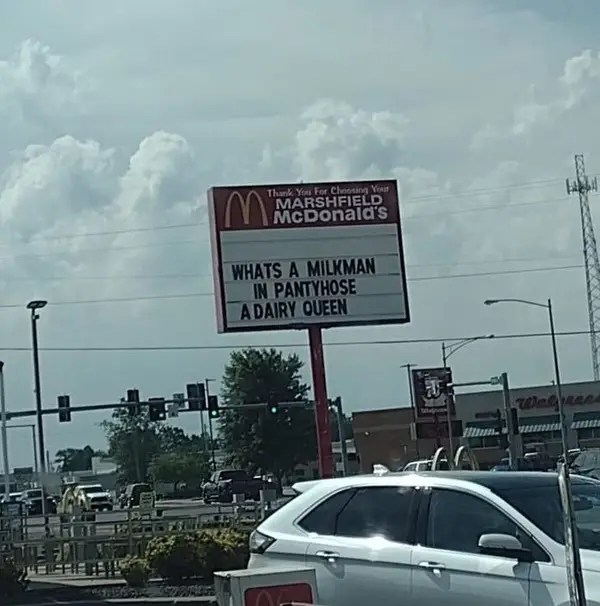 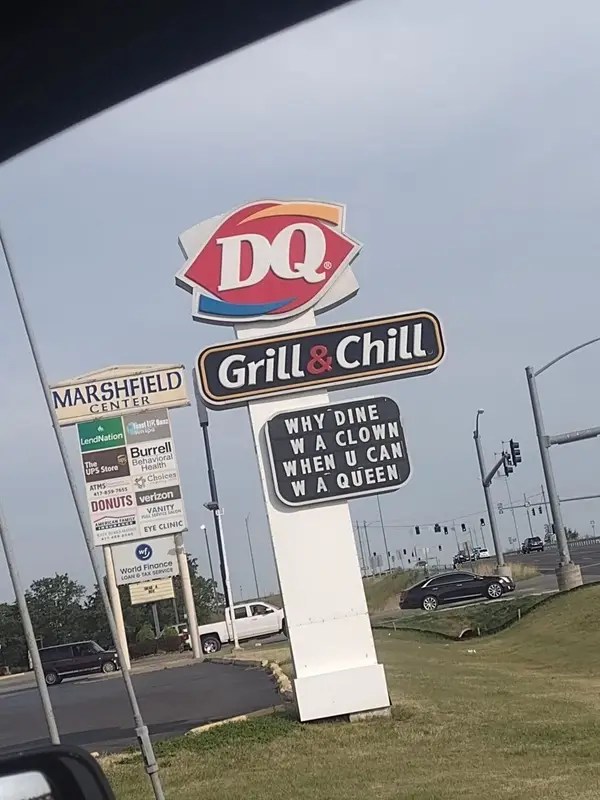 And McDonald’s had to go and bring Sonic in without good reason. 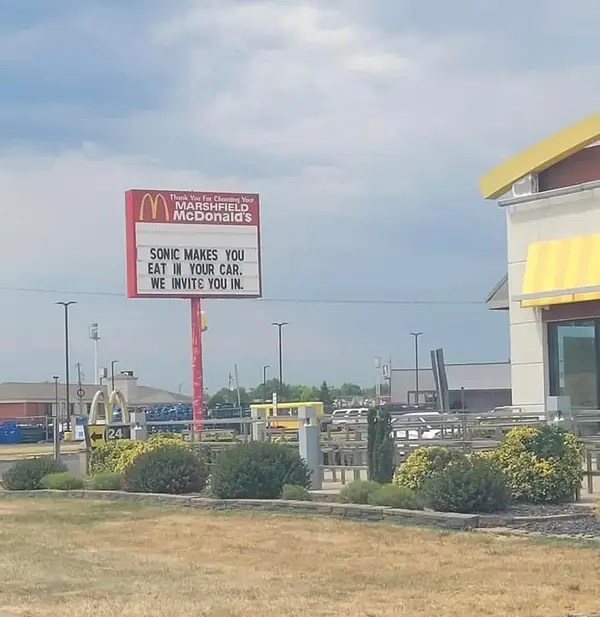 Wendy’s wants to know how long it takes McDonald’s to thaw their frozen beef – ouch. 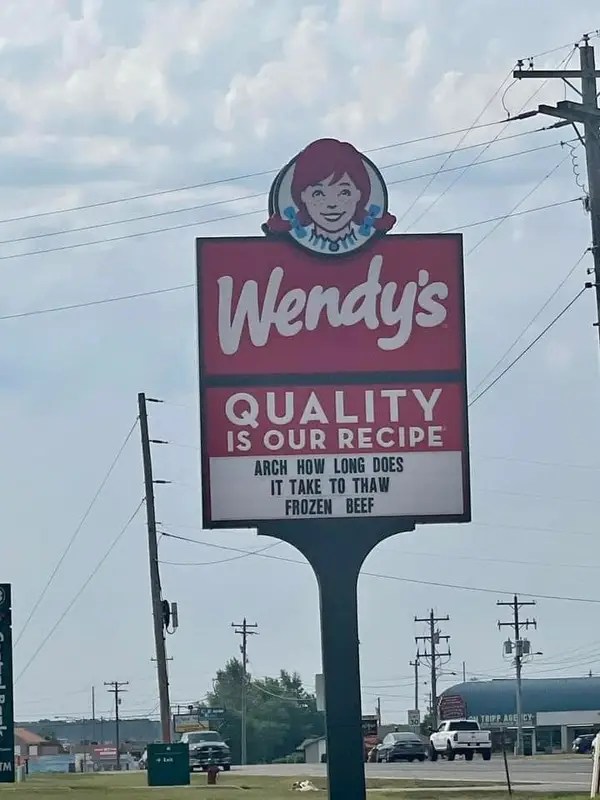 No word on whose turn it is or what’s going to be said next, but you know the internet will be here for it.

At least, those of us with a good sense of humor will be.