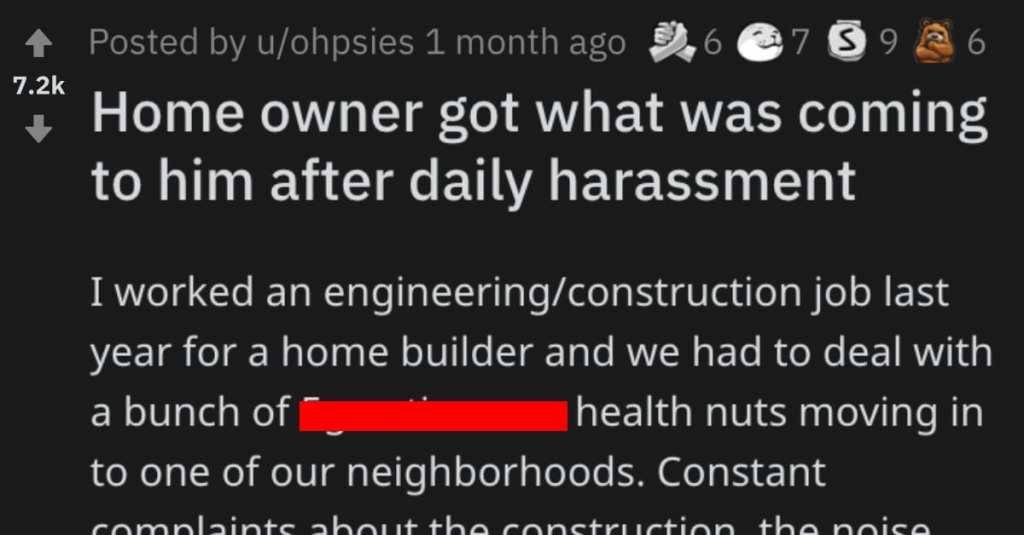 And today we have a tale from Reddit about a homeowner really needed to be put in their place.

Let’s see what went down, shall we?

Homeowner got what was coming to him after daily harassment

“I worked an engineering/construction job last year for a home builder and we had to deal with a bunch of 5g anti vaxxer health nuts moving in to one of our neighborhoods.

Constant complaints about the construction, the noise, the debris, which made no sense because they chose to move into the neighborhood before construction was completed.

The complaints ranged from the generator was damaging his hearing (thing was almost completely silent) or that the fumes from the generator were coming into his house and causing him and his kids to have stunted development. They would come up with stuff that made little to no sense.

It escalated to the point where he got the city and the mayor involved, and we got sued so we gave in to his requests and moved to generator to an inconvenient location & had to take the time and money to rewire to be able to power the areas needed (this was including important stuff like the streetlights, we had to leave off for a couple nights until the move was complete, and you guessed it, he would call to complain. The nerve of this man.)

So, here comes the revenge. We received an order from the city to install a 5g tower on site to improve cellular connection because the area we were in had pretty bad service.

Since my team and I were in charge of creating the plans to install the infrastructure, guess where we all simultaneously agreed to put the tower: right smack dab in front of the angry mans house. We thought this was incredibly hilarious and couldn’t stop laughing every time he would call freaking out while the tower was being constructed.

Got to the point he tried to file another lawsuit, got laughed away, and within a week we never heard from them again. Moved out faster than the wind.”

This person asked a very good question: how can anybody take these kinds of folks seriously? 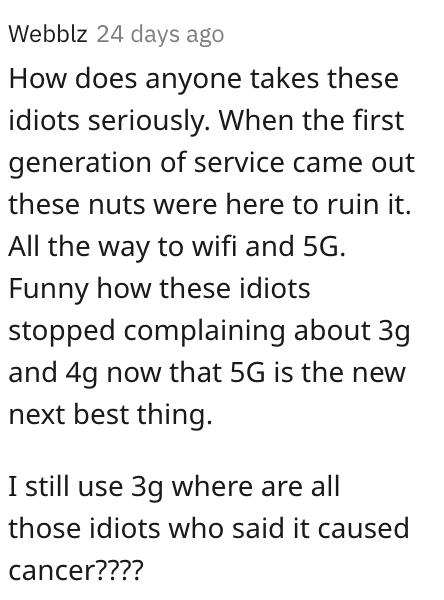 Another reader poked fun at the homeowner in a way that I think you’ll appreciate.

Get your tin foil hat! 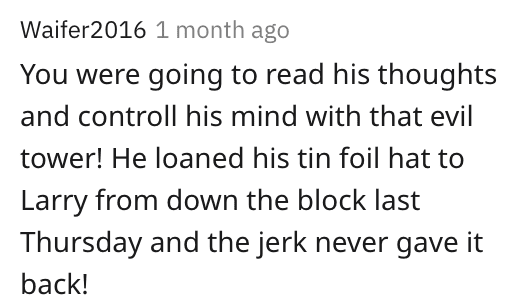 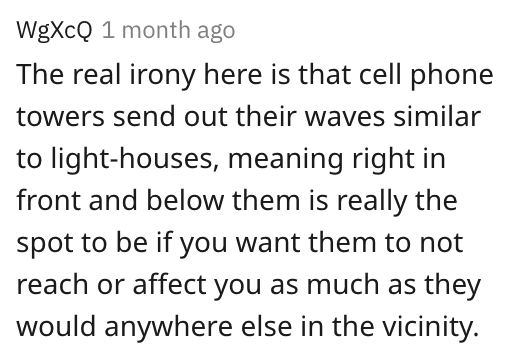 And lastly, this Reddit user said that there will always be these kinds of folks out there: the ones who attack all the new technology. 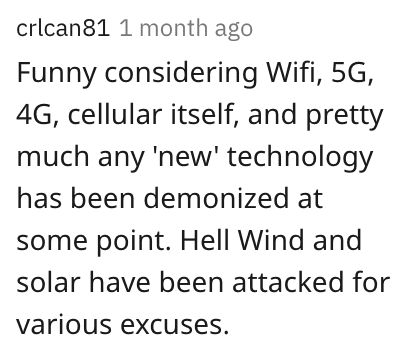 Okay, friends, now it’s your turn to sound off.

Tell us what you thought of this story in the comments.