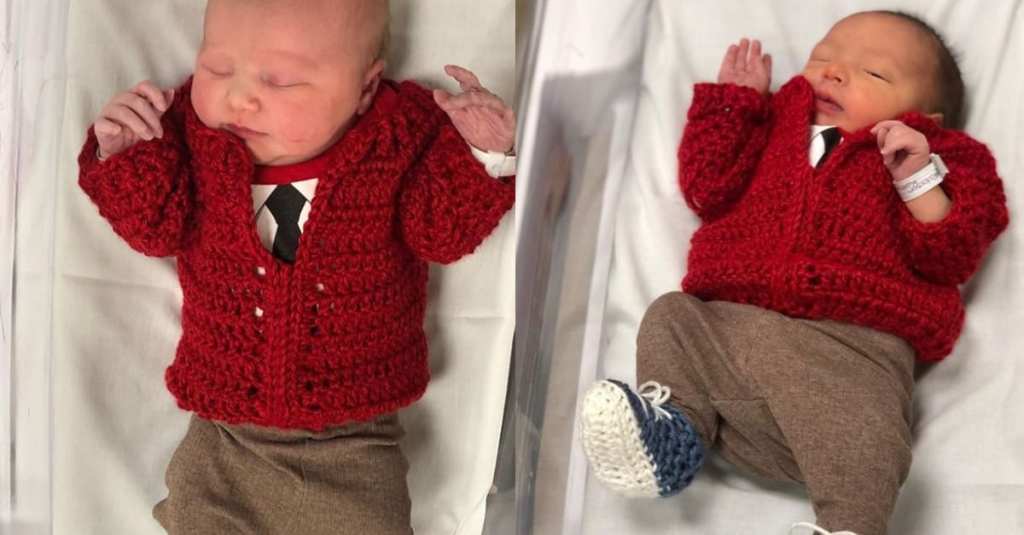 A Hospital Dressed Infants in Cardigans to Honor Mister Rogers

If there’s one thing everyone can agree on in this extremely-divided world, it’s that we all love the late Mister Rogers.

Fred Rogers passed away in 2003 but his legacy lives on and is stronger than ever right now thanks to a documentary film about him that came out last year and the new film that just hit theaters about his life.

And in his hometown of Pittsburgh, Pennsylvania, a local hospital recently paid tribute to Rogers by having all the newborn babies wear red cardigan sweaters just like Mister Rogers did on his daytime television show.

The babies wore the sweaters on November 13, which is World Kindness Day, at the UPMC Magee-Womens Hospital in Pittsburgh. A registered nurse named Caitlin Pechin was the woman who designed the adorable cardigans. Pechin said, “It’s more just something I do for fun. I really enjoy making things for all the babies because they look so cute in them.”

We just can't get enough of these babies in cardigans! ? #cardiganday #worldkindnessday

A woman who gave birth on November 10 said, “It was just a really special thing to see the red sweater and the shoes and to know that they were both knitted by one of the nurses in the hospital.”

The celebration became even more special when a special guest arrived to see the babies. Fred Rogers’ widow Joanne stopped by the hospital to see the adorable babies and meet with families.

Mister Rogers sure was a gem, wasn’t he? Let’s all follow his great example and be kind to one another every day!