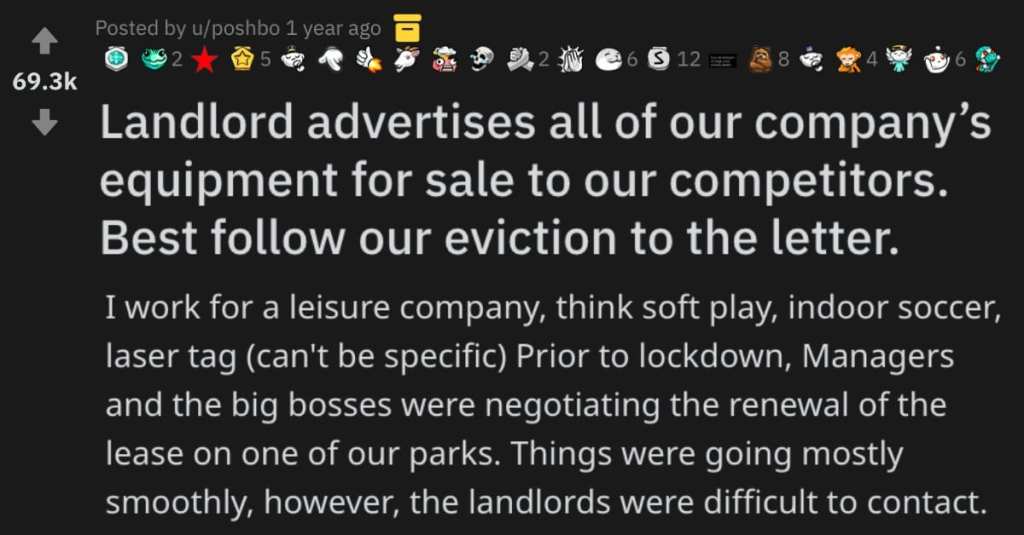 People sure can be shady, huh?

And some can be REALLY shady when it comes to business and profit.

A person shared their story on Reddit to show how they proved a point in a major way to a landlord who was being all kinds of sketchy.

Landlord advertises all of our company’s equipment for sale to our competitors. Best follow our eviction to the letter.

Prior to lockdown, Managers and the big bosses were negotiating the renewal of the lease on one of our parks. Things were going mostly smoothly, however, the landlords were difficult to contact.

All of our sites were closed, and everything was thrown into a mess. Negotiations began to slip down the priority list; nobody thought the landlord would push an eviction for an expired lease during this period. Especially with it still getting rent, despite the sites closure, and the closure of every business and restaurant in the immediate area. We were wrong.

A few days ago we received a letter saying we had 7 days to leave the premises and take everything with us. We are reminded that anything left in the building after 7 days will become the landlord’s property! (that line is very important).

Now a lot of construction goes into installing our equipment into a new building, which makes emptying one even harder. Add a lockdown, with no staff and most businesses shut, it meant that saving much of our assets would prove to be extremely difficult.

To lose a profitable site and all of its assets is definitely a blow to our company. But here is where it gets worse;

A few days into our 7-day eviction, we find out that the landlord has been advertising our park to our competitors. But he isn’t offering just the building, he is offering ALL OF OUR STUFF PRE INSTALLED. “Ready to go, just needs re-branding.”

The landlord has evicted us from the property in an attempt to increase rent and make a solid profit from our equipment installed because he thinks we won’t be able to empty the park.

And here is where the malicious compliance came in, we were told we had 7 days to move everything we owned out of the property. so that’s what we did.

Local businesses from all around offered up free space to store our things, a few people came back out of lockdown and they all spent the rest of the week removing, selling or destroying everything that was related to us. We didn’t even leave light fittings.

In every other sight vacation we have seen, we always end up leaving thousands of $$ worth of disco lights in the ceilings because they’re too hard to get. We leave most the construction in, as well as things like the bars and kitchens that all stay intact (recognisable as what they once were) but not this building.

We ripped up the flooring we installed, tore down the walls that were not part of the original structure (Wooden walls to divide up the space) ripped apart our manager’s offices and removed all artwork, and lockers.

The landlord now has every new deal he has been making dead in the water, a large renovation bill to install new flooring etc. (or a company willing to do it themselves like we were).

Silver lining: The assets we got out of the site (fridges, tv’s, equipment, food, tables) have all been sold, and the lack of rent and additional income has helped the business and paid staff wages.”

And here’s how folks on Reddit responded to this story.

This reader said this person needs to keep giving this landlord the business. 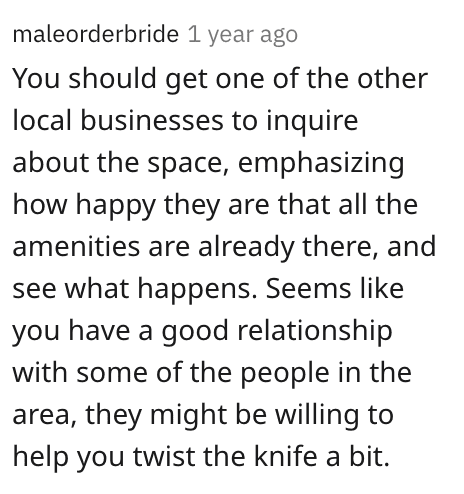 Another person said that the landlord in this story definitely had it coming because of the way they behaved. 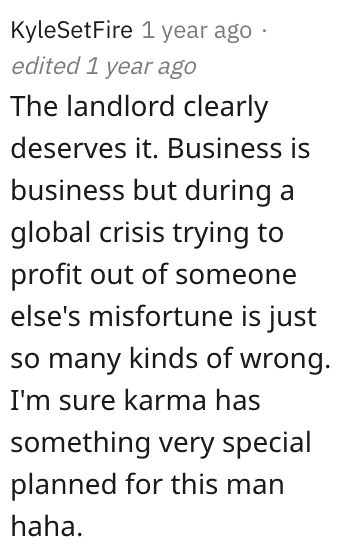 This reader said that the person who wrote the post needs to do a little more incognito work with some friends who are willing to help out. 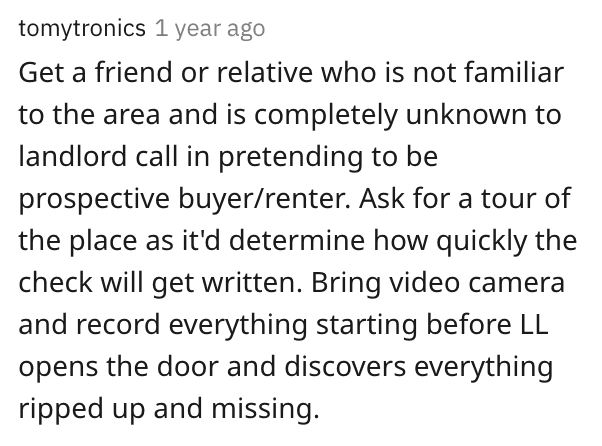 And finally, this Reddit user said the person did what was best for their people. 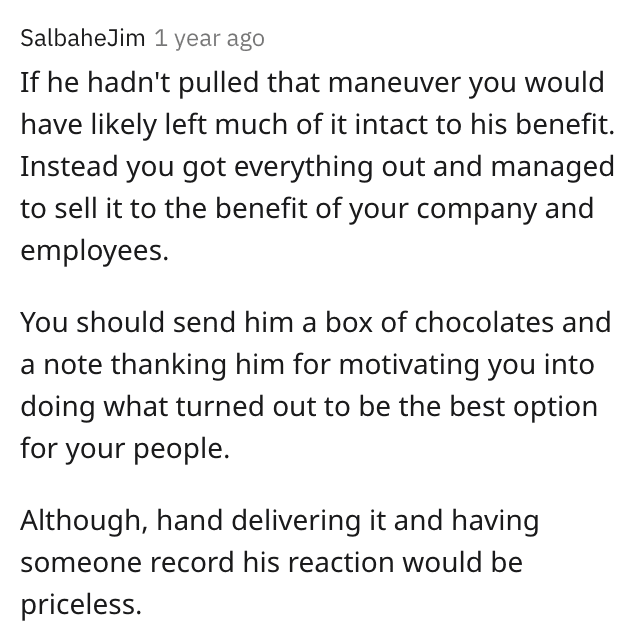 What do you think about what this person did?