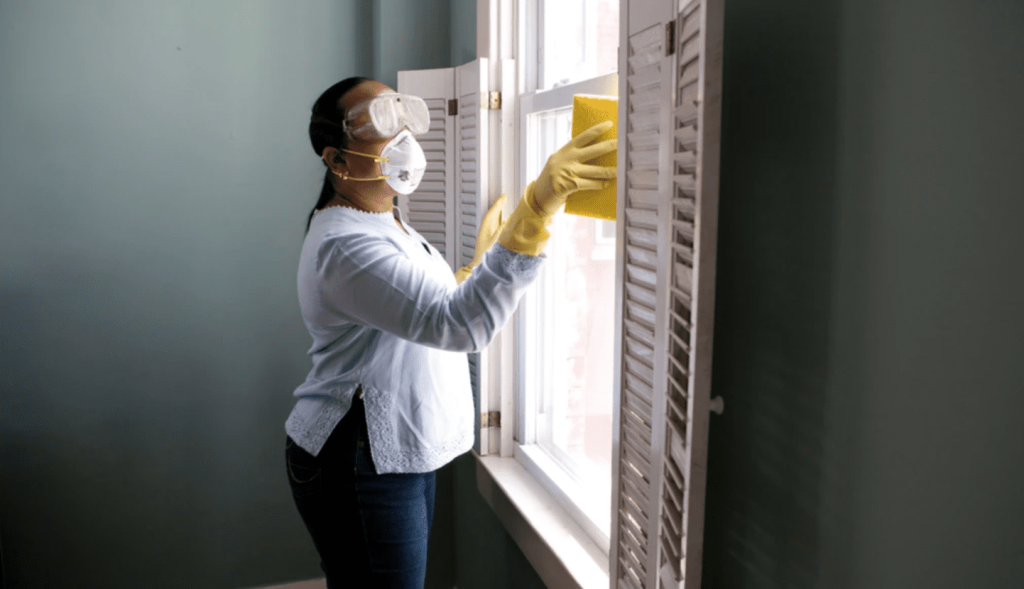 I’m not telling you anything you don’t already know, but having a child is a HUGE commitment and responsibility and if you’re not with the right persona and having that child for the right reasons, it’s probably not the best idea.

Which brings us to an interesting question that a man posed on Reddit. The man asked folks on the online forum is he is wrong for refusing to have a baby with his wife until she gets treatment for her obsessive cleaning, which she says helps her relieve her anxiety.

From what the husband says, it seems like a pretty big problem between the two of them.

Here is the “Am I the Asshole?” article from Reddit.

AITA for telling my wife we shouldn’t have a baby until she sees a dr about her anxiety and stops cleaning so much?

My wife has self diagnosed anxiety. She won’t talk to her doctor about it because she says that she has it managed. She says cleaning relieves her anxiety.

The problem is that I think the cleaning is a symptom of her anxiety and not a solution. She constantly cleans. I mean constantly. Our house smells like cleaning products at all times. We try to buy eco friendly cleaners but she says some stuff you just need the “hard chemicals” to get it as clean as she wants.

I have begged her to go to the dr about her anxiety but she refuses.

We decided we would start trying for a baby after 2 years of marriage. We recently hit the 2 year mark and she wants to start trying.

I told her she needs to see a dr about her anxiety first and get control of her obsessive cleaning. I don’t think it would be safe to bring a baby in our house with all of the cleaning fumes. I don’t even think it’s safe for us. The one compromise we’ve come to is no harsh chemicals in our bedroom but everything else is free game. Now I’m wanting to take it a step further. Like one day a week she can clean with harsh chemicals and the rest, we need to just stick to soap or vinegar and water.

I told her I will not willingly try for a baby until we get this under control. She’s pissed at me for giving her an “ultimatum” and thinks I’m implying that she’d be a bad mom.

Am I wrong for not wanting to try for a baby under these circumstances?

This person definitely thought he was NOT an a**hole. People need to be around at least some germs… 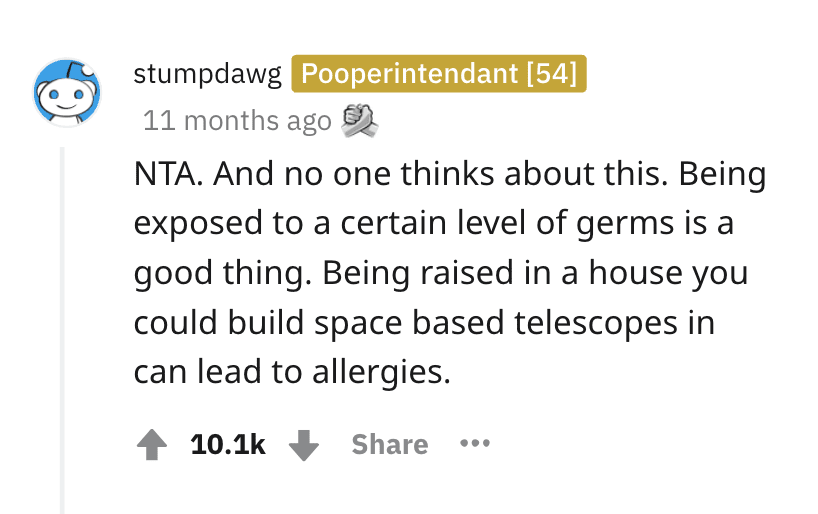 This Redditor sounded off about how the whole situation just seems unhealthy for a potential baby, and that his wife is showing signs of OCD. 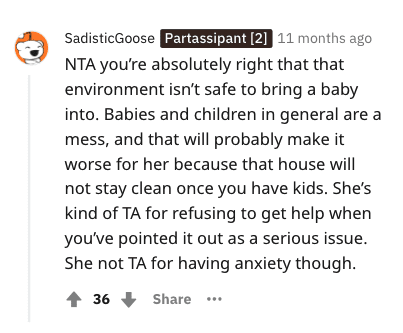 This woman offered up her opinions about how she thinks the man’s wife needs to get her anxiety under control before she thinks about having a baby. 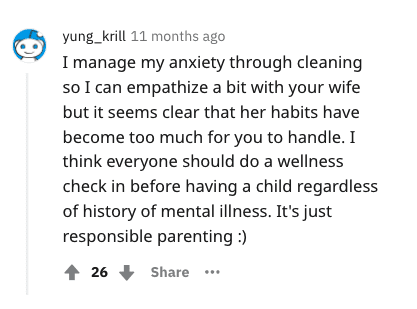 And this person brought up a very good point about having anxiety and that kids do not make things better. 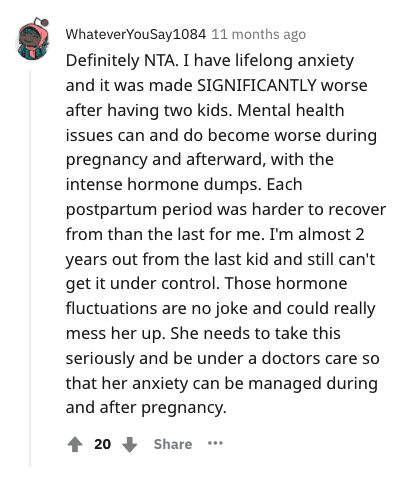 What do you think about this situation? Is the husband overreacting or is he right to be very concerned about his wife’s behavior?

Tell us what you think in the comments, please!