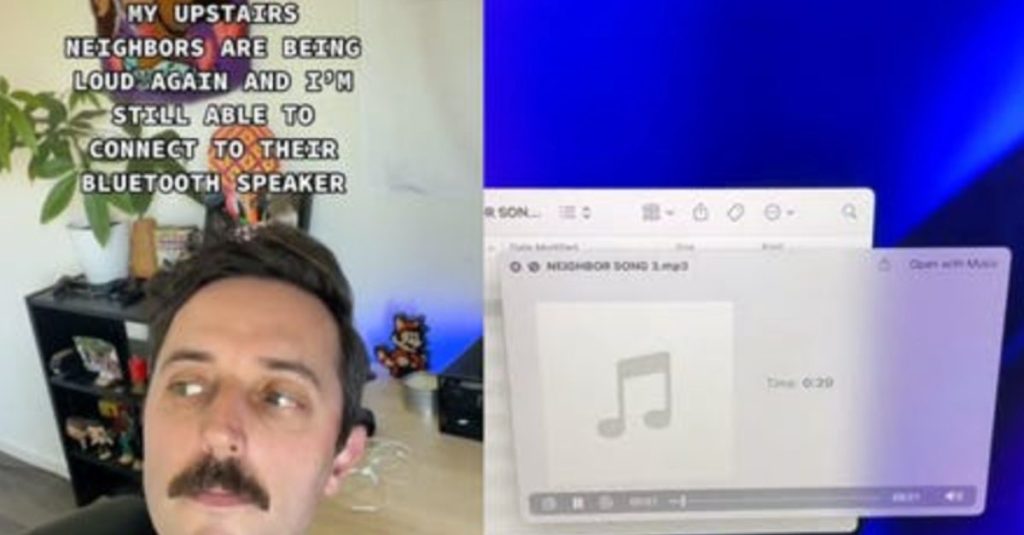 For a year in Chicago circa 2004, a guy who lived below me used to throw SUPER LOUD parties where he blasted the shi**iest techno music I’ve ever heard in my life until about 4 am.

And he’d do it on weekdays…at least give me a heads up so I can stay at a friend’s place that night!

A man named Matt O’Brien had enough of his upstairs neighbors being loud so he decided to connect to their Bluetooth speaker to play a track where a voice says “Your Music Sucks. Please Turn It Down” to familiar background music.

The video went viral and folks commented on O’Brien’s video.

One person said, “This is the level of petty I aspire to be.”

But others think O’Brien probably overreacted.

One viewer said, “so they’re not allowed to listen to their music because you don’t like it?”

And another added, “This is funny, but dude, it’s the middle of the day and I could barely hear their music even with you being silent.”

In the comments, tell us about your nightmare neighbors that you’ve had in the past…or that you currently have.

We’d love to hear from you. Thanks in advance!