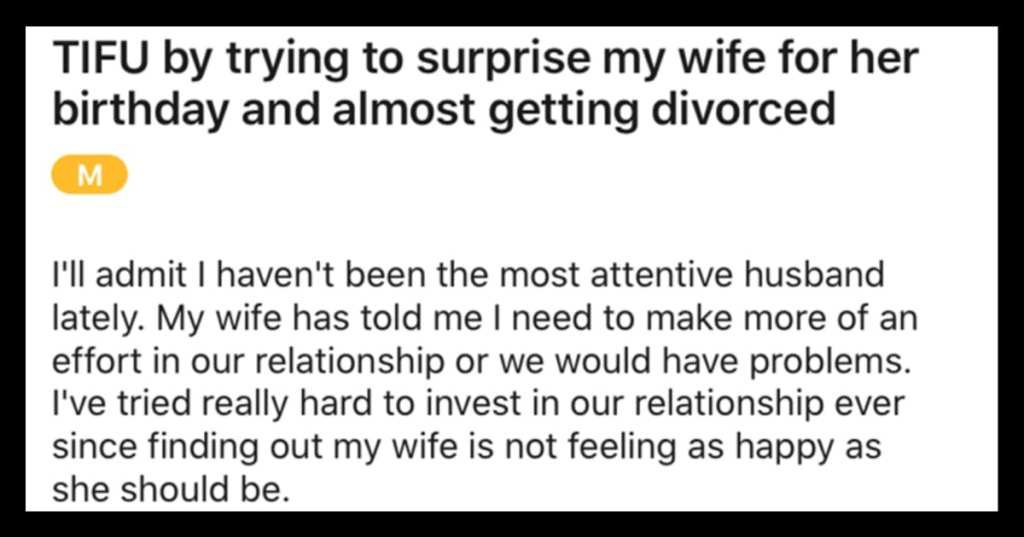 A Redditor tells the story of planning a surprise birthday for his wife. She’s told him that lately, she’s feeling neglected, so he decides to step up his game. 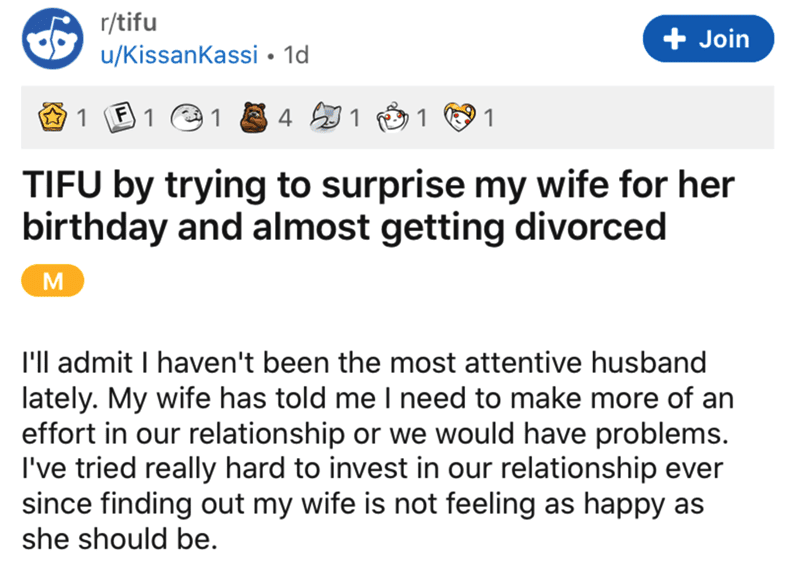 It’s a great idea with the best of intentions carried out in the worst possible way.

One the day of his wife’s birthday, his ruse begins. To her, it’s just another day. However, he’s got something up his sleeve and starts making a plan. 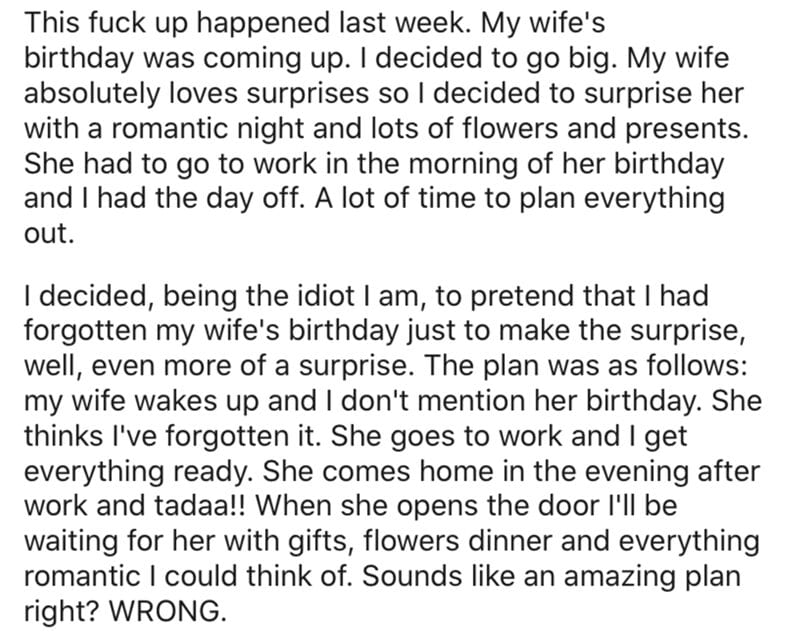 While she’s at work, he gets the place together, makes food, and really puts his heart and soul into it.

As the day rolls on, however, something is missing—his wife. 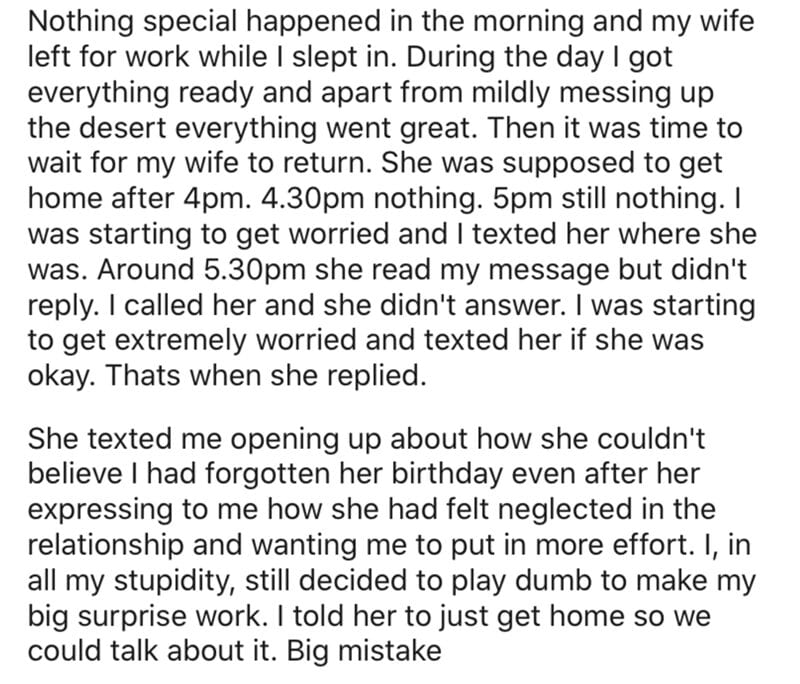 He starts to panic and tries to reach her. When they finally talk, he realizes everything has gone wrong.

The only thing he can think to do at the moment is come clean.

He thinks it’s over until she walks in the door.

She tells him it was a misunderstanding, and after some tears, they decide to work on their marriage. 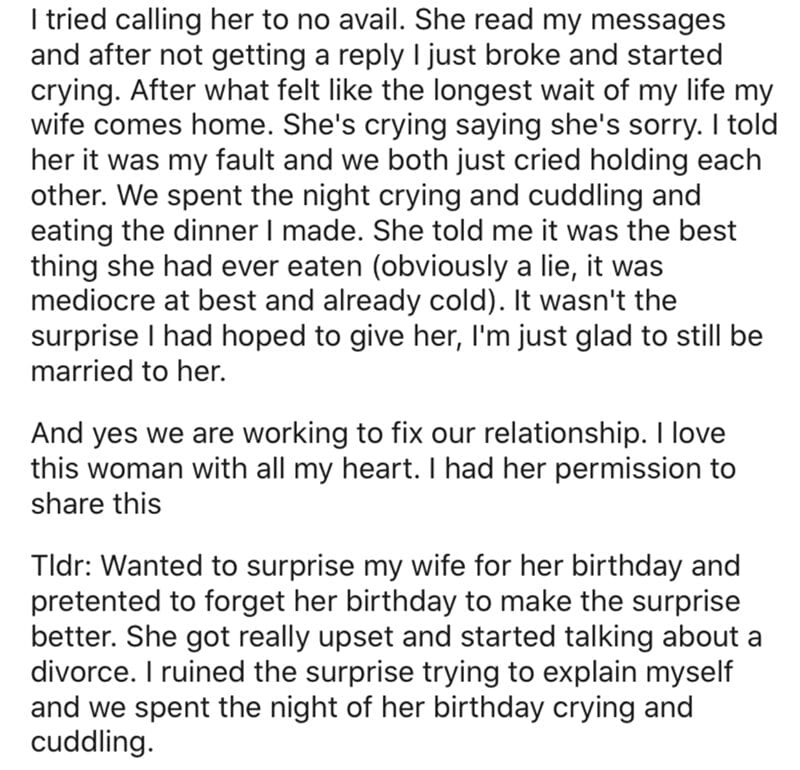 Readers were puzzled as to his plan, and many blamed him for how things went down.

In their opinion, even the smallest acknowledgment first thing in the morning would have been more than appropriate. 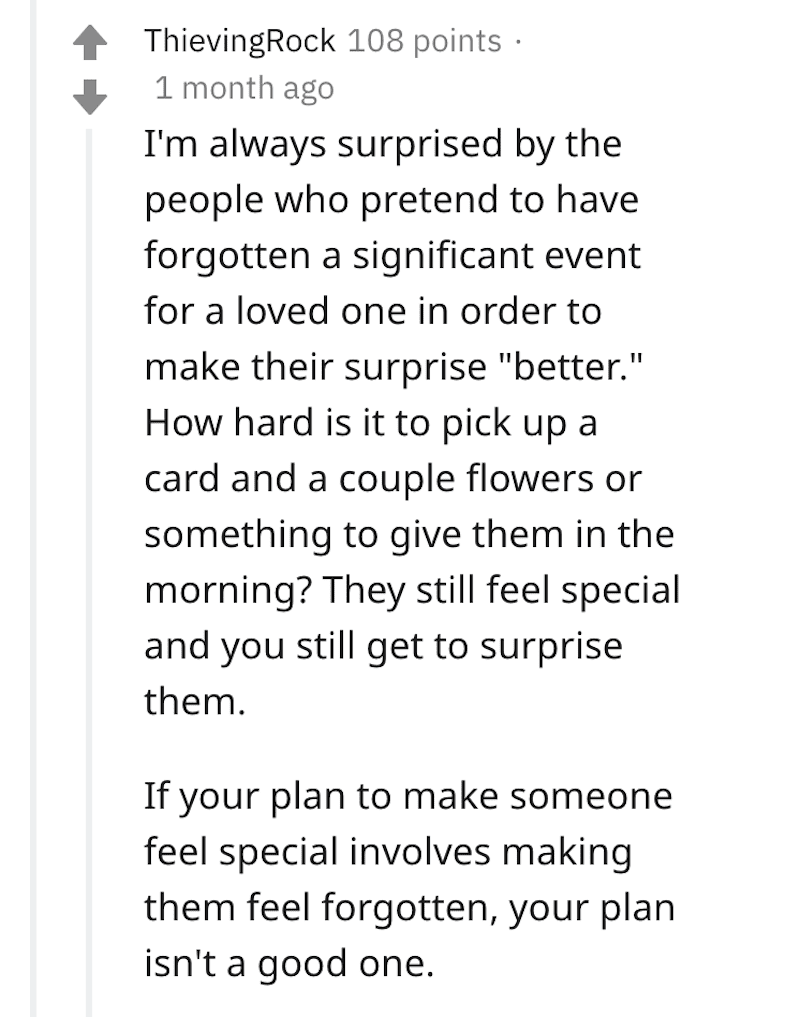 One man said he actually forgot his girlfriend’s birthday and made up for it in the nick of time. 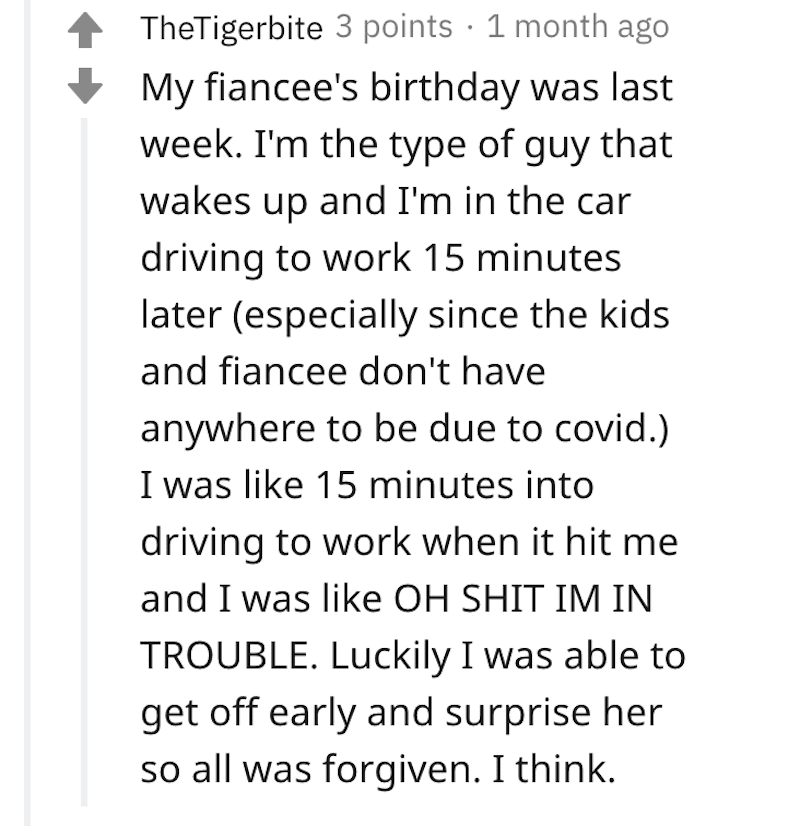 And there’s always the midnight option… 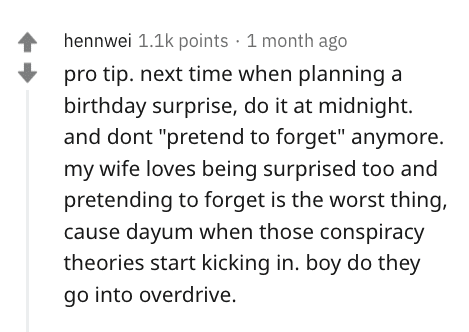 A reader who related to his wife’s position was glad to see they were on the mend and ultimately wished them well.

Yes, he goofed, but he’s trying, and that’s what’s most important. 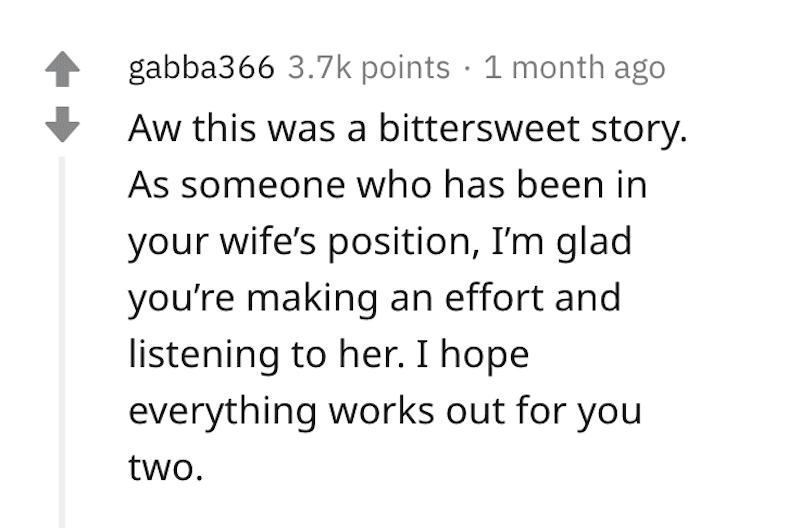 Have you ever witnessed a birthday surprise gone wrong? Let us know in the comments below!