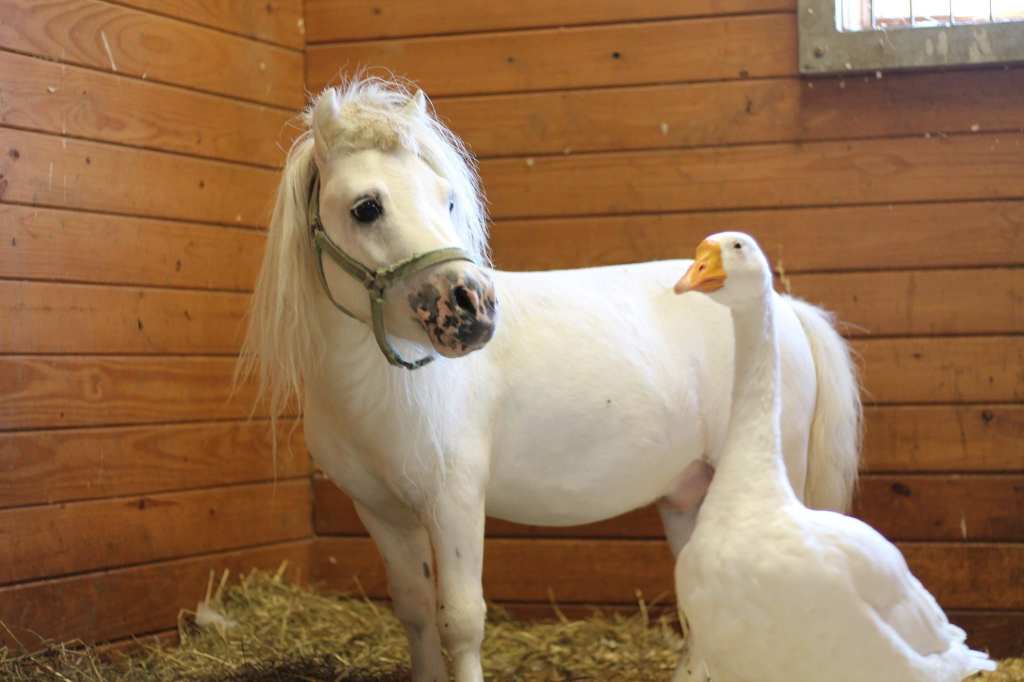 If you’re in the market for a new pet, may I suggest an adorable miniature horse and goose? You have to adopt both, though, because they are BFFs and they will not be separated.

Waffles the mini-horse and Hemingway the goose are up for adoption at the Bucks County SPCA. Waffles and Hemingway are so close that they literally won’t let anyone get in between them.

“Hemingway can make kind of a fuss — slap his wings, honk at you — if he feels you’re going for Waffles. It makes it kind of challenging for the medical team.”

Waffles is six-and-a-half years old, while Hemingway’s age could be anywhere from one to six. The pair grew close while they lived at a farm. They were removed under a warrant, and their previous owners were charged with neglect. Now they’re looking for their forever home. But they won’t go separately.

“These two, right from the get-go, they were best buddies,” Cindy said.

The adoption fee is $300 for the pair. The shelter has already received a ton of interest, unsurprisingly — just look at those two! But the shelter is looking for someone who is qualified to adopt these two special creatures, someone who “someone that understands that they’re farm animals, and not just a novelty pet to be kept in a backyard.”

Waffles is a six-year-old miniature horse. His best friend is a goose named Hemingway.

Hopefully this charming pair will find a dreamy place to live out their days side-by-side in peace.

What do you think? Are these two the cutest ever?

Let us know your thoughts in the comments!