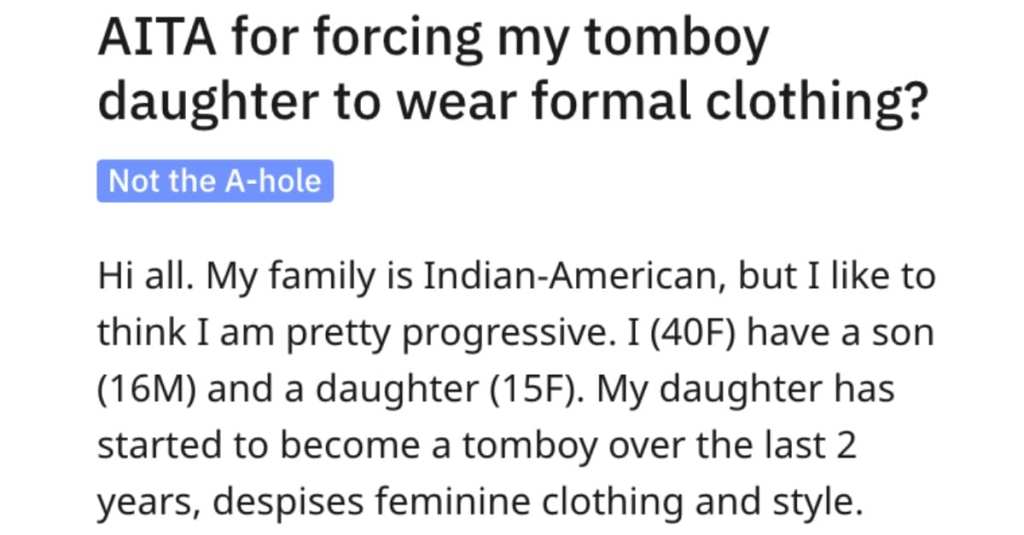 One thing I’ve learned in life is that if you try to tell kids what to wear, they’re going to rebel and do EXACTLY THE OPPOSITE of what you say.

And that goes double for girls who are tomboys.

A mom took to Reddit to ask “Am I the *sshole?” for making her tomboy daughter wear formal clothes.

Here’s how the story began… 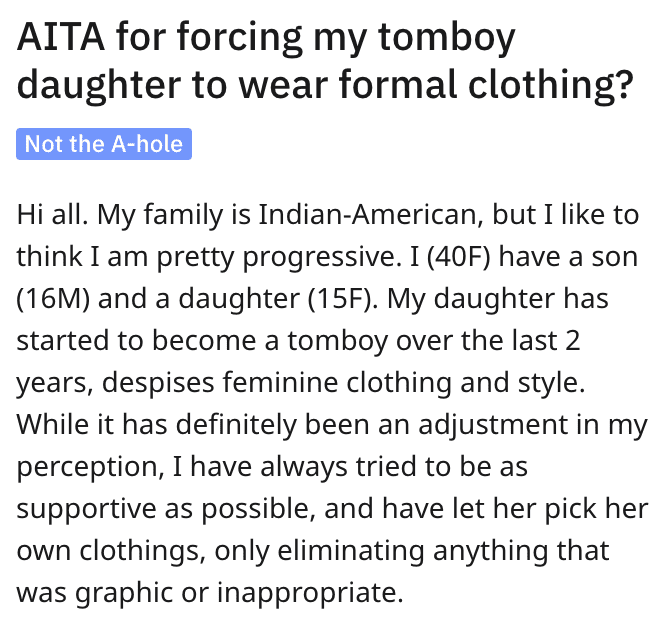 Even though she lets her tomboy daughter pretty much dress as she pleases, the family was going to a traditional Indian wedding, where proper dress would be required. 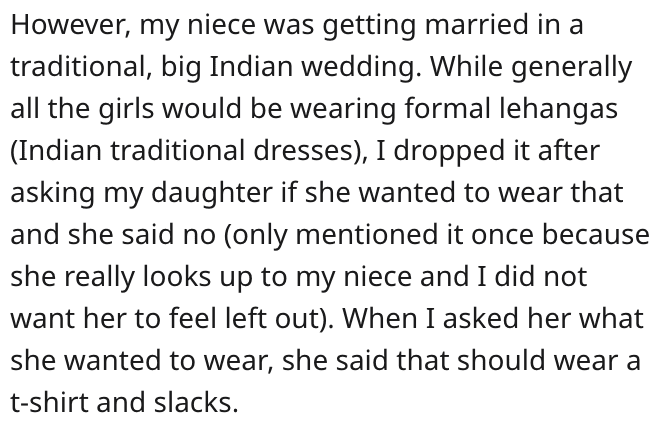 Mom was pretty lenient and dropped the issue of wearing traditional Indian clothing, but she told her daughter that she needed to at least wear formal clothing of her choice.

Which seems pretty reasonable to me… 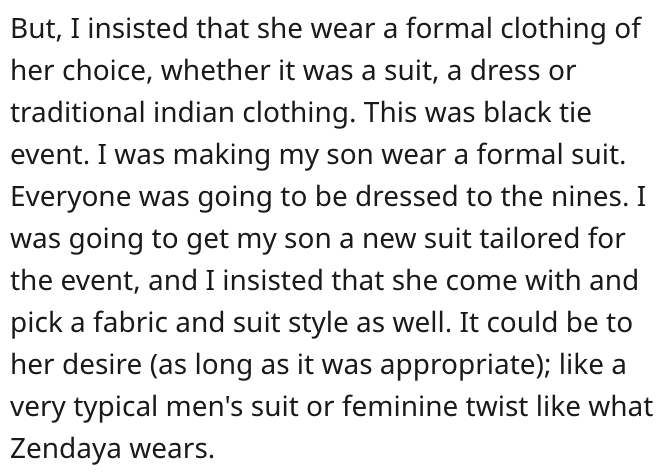 The daughter (keep in mind that she’s a teenager) got worked up over the whole situation and said that her mom was being too hard on her about this.

The mom tried to explain that there will be plenty of times in her life where wearing formal clothing will be required, whether it be for work, weddings, parties, etc. 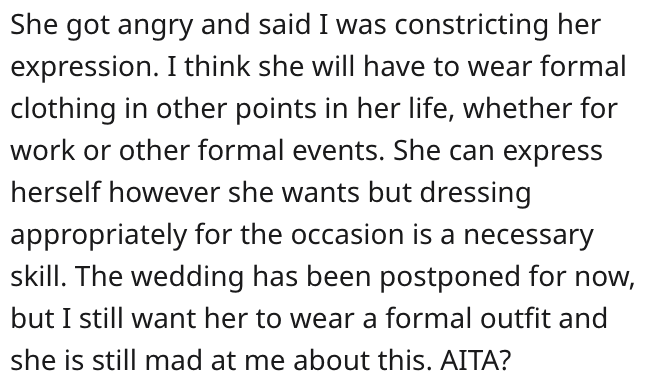 I gotta say that the mom is totally right in this situation. We all have to wear formal clothes sometimes, even if it’s not our favorite thing in the world to do.

And guess what? Surprisingly… the internet agrees! 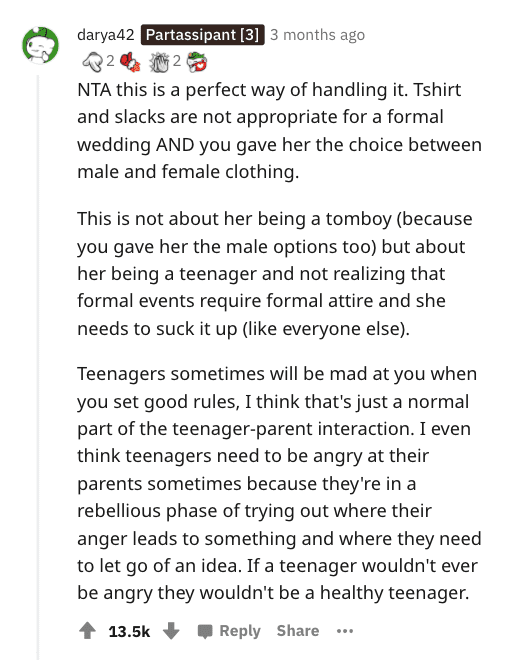 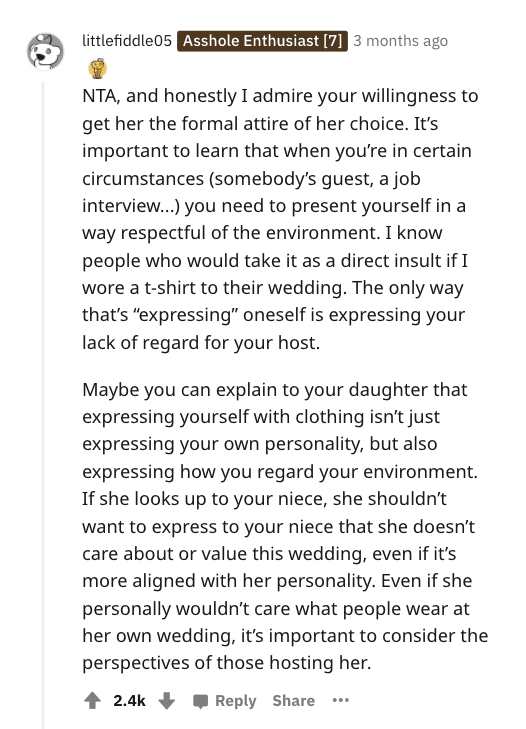 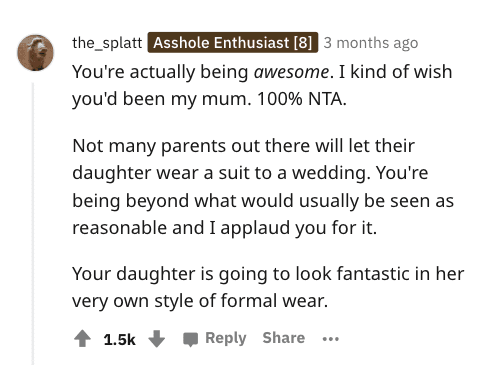 Is this mom in the right, or in the wrong?