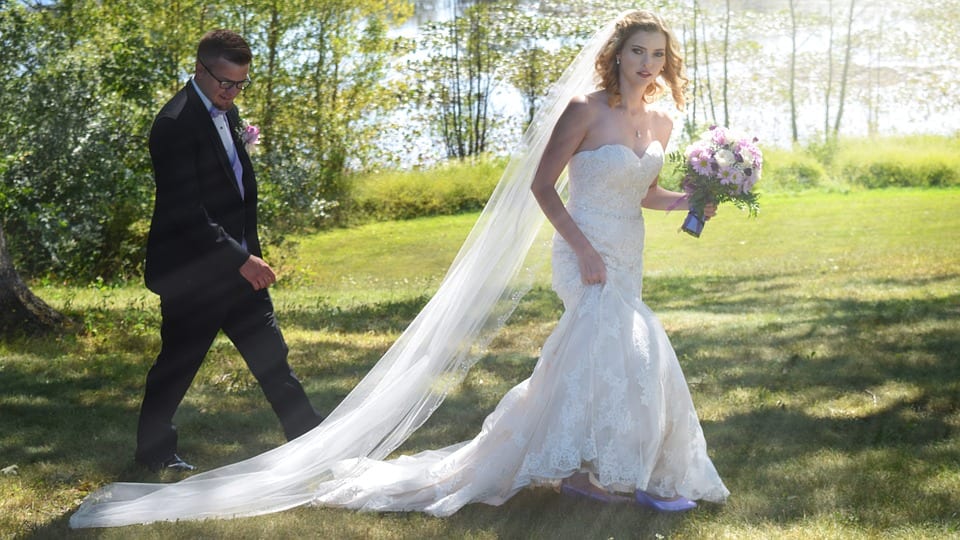 Want a life survival skill? Never mess with a bride on or near her wedding day.

People thought there would be a whole lotta drama on Amy Pennza’s wedding day because of a major faux pas made by her mother-in-law. But the entire story needed to be told, which is exactly what Pennza did on Twitter.

My mother-in-law wore a wedding dress to my wedding. So, yeah, top that one, Twitter. #weddingfail @jimmyfallon pic.twitter.com/IjqvnXT6Ps

But then, Pennza took the time to explain the whole story behind her mother-in-law and the dress.

So, a couple people have asked for the story behind The Dress. Sorry for the delay! I have four kids (yes, I married him) on summer break, so my permanent state of being is "frazzled." I called my daughter "mom" the other day.

Pennza had no idea what her mother-in-law was going to wear and she didn’t even bother to ask.

The morning of the wedding, all the women in the bridal party cram into a tiny room in the church. You know, body glitter and hairspray everywhere. Fifteen coats of mascara. Putting napkins under your pits so you don't sweat on your dress.

She walks in. I see it. pic.twitter.com/avuU12yjuq

Pennza said most of the day is a blur but she does remember saying to her MIL, “You… You could be the bride…”

She added that the wedding unfolded “without bloodshed, or anyone being shoved into the Champagne fountain.”

Then Pennza went on to explain the reason behind her MIL wearing the white dress that day.

Here's the thing: My mother-in-law is extremely frugal. And I don't mean she just enjoys a good bargain. To understand her, you have to know where she comes from.

Pennza said that her MIL grew up in extreme poverty and that it has affected the way she saves and spends money to this day. Pennza doesn’t view her as “hard. Or cruel. Or selfish.”

Pennza said, “When you grow up with nothing, it stays with you. Forever, I think. No matter how much money you earn, there’s always that little fear in the back of your mind that someone might take it all away.” She added, “She’s a bargain hunter to the bone. Her money saving strategies are legend—and often hilarious. At family gatherings, we amuse ourselves telling stories of crazy shit she’s done to save money.”

And, because I'm a romance author, I'd be remiss if I didn't add: And they lived happily ever after. pic.twitter.com/E8oCQnzb6a

So there you have it. What seems like a major insult to some people is reasonable to other people. You just never know what someone has been through or why they do the things they do until you get the full story.

So don’t jump to conclusions about anything, okay folks?