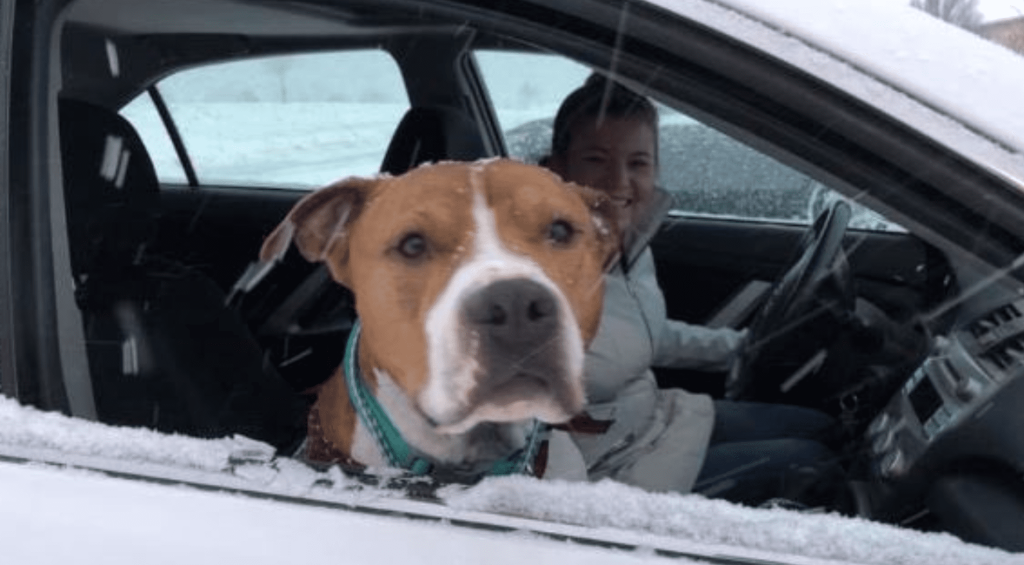 Stolen Dog Was Found 2,000 Miles Away. So a Team of Drivers Returned Him Home Across the Country.

This is the perfect kind of story to start off the new year with! Zeus is an adorable pitbull that was stolen from his family’s home in Montana and his owners weren’t sure they were ever going to see him again.

Zeus is owned by a woman named Cassandra Rasmussen who lives in Butte, Montana. Rasmussen was nice enough to let a family friend stay with her for a while, but the “friend” did the unthinkable. The guy stole Rasmussen’s wallet and other things from her home, including her dog, Zeus, back in October.

The police eventually caught up with the thieving friend and, thankfully, he still had Zeus with him. The only problem was that the man was arrested all the way on the other side of the country in West Virginia. Zeus was brought to a shelter where his microchip confirmed he belonged to Cassandra Rasmussen in Montana.

The shelter wanted to fly Zeus back to Montana but he weighs 73 pounds and the shelter workers thought he’d be too big to fly commercial, so they decided to try something else. A team of 15 relay drivers took turns driving Zeus over 2,000 miles and 9 states to get him home in time for Christmas.

It took a long four days to drive Zeus home to Montana, but it was obviously worth it.

The trip was set into motion by Many Paws Volunteer Transport Group, which helps get animals from high-kill shelters into homes across the country.

This is Zeus. He was stolen from his home in Montana a few months ago. Last week he was found over 2,000 miles away in West Virginia. Since many airlines ban pitbulls, a relay team of 30 volunteers drove him all the way home in time for Christmas. 15/10 for everyone involved pic.twitter.com/SiPVftrmL3

Great work to everyone who helped get Zeus back home safely! Let’s make 2020 a great year!