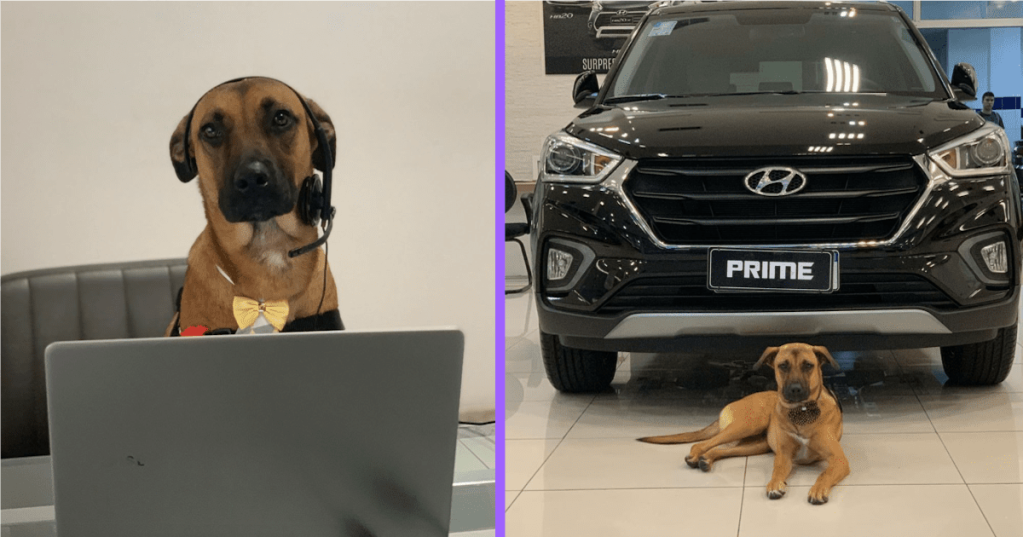 A Stray Dog Wins Hearts, a Home, and a Job at a Car Dealership

When a stray dog started hanging around outside a Hyundai dealership in Brazil, no one could have expected he’d become the face of the establishment.

In early 2020, staffers at the dealership began to notice the dog, but figured it was just a temporary thing, and he would soon move along and find a real home.

He never did, and over time, endeared himself to manager Emerson Mariano, who took him one night during a rainstorm.

Mariano fed the dog and decided to let him stay until he found a better home. However, he began to notice how friendly the dog was when greeting customers. In fact, he was such a good boy that Mariano gave him a home and a job at the dealership.

The dog is now known as Tucson Prime. He has an ID card and Instagram page, which, of course, has gone viral. Customers love Tuscon, and after buying a car or getting it serviced, they often return with dog toys and plenty of treats.

Mariano revealed that feedback regarding Tuscon’s customer service skills has been extremely positive, and morale among employees has also improved since he’s been part of the dealership’s family.

This “pawfessional” consultant has an even brighter future ahead of him—he’s about to star in Hyundai’s national ad campaign.

Giving Tuscon a home was an easy decision to make, according to Mariano, who said, “The company has always been pet-friendly. We decided to embrace this idea, particularly at a more complicated time like this with so many abandoned animals.”

Do you have a rescue pup? How has your dog changed your world for the better?