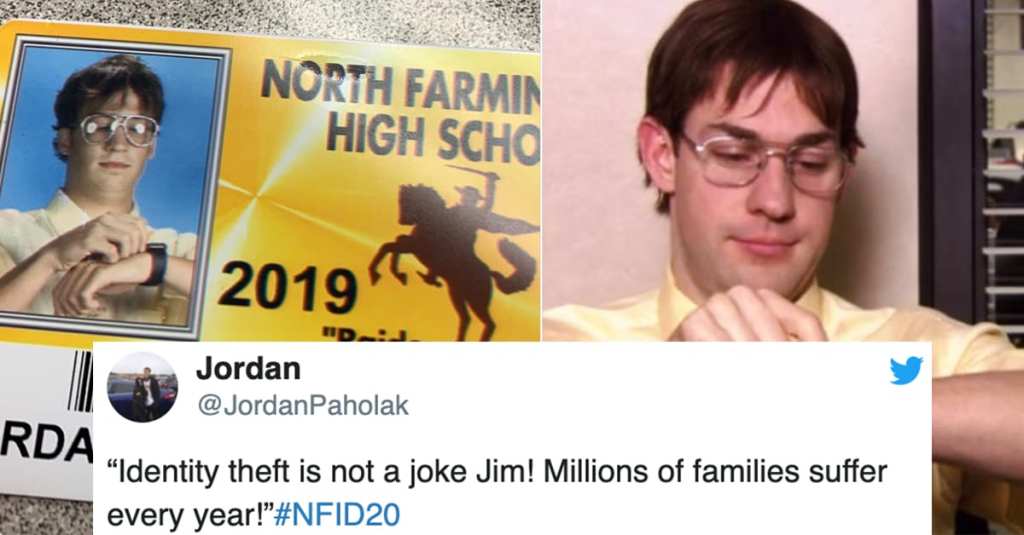 Why couldn’t this be a thing when I was in high school? It would’ve made those four years (five and six for some of my friends) so much more enjoyable.

Every year at North Farmington High School in Michigan, the seniors pull out all the stops for their ID card photos and this year did not disappoint. As a reminder, here’s a pic from a student from the class of 2019.

Me? A princess? SHUT UP! #NFID19 pic.twitter.com/2o6TTMbMZP

The guys and gals of the class of 2020 came through yet again and dressed up as their favorite pop culture characters and of course, the pics went viral. As they should.

1. This is on another level.

Ahoy There! Krusty Krab! How can I help yah! #NFID20 pic.twitter.com/3oznKFNWFE

3. Going waaaaaay back for this one.

5. But do you have a British accent?

6. She is not messing around.

“Good afternoon, My name is Russell and I am a wilderness explorer in tribe 54” #NFID20 pic.twitter.com/uk8a2HBqEK

9. This is very specific.

Didn’t they tell you I was a savage ? #NFID20 pic.twitter.com/MOXjNsxiJJ

10. You can never go wrong with a reference from The Office.

“Identity theft is not a joke Jim! Millions of families suffer every year!”#NFID20 pic.twitter.com/DLLIS8MhKP

11. I hope you also get free cheeseburgers.

do i get free frosties now?? @wendys #NFID20 pic.twitter.com/aREWJIIPEY

Vote for senior year to be over #NFID20 @hederjon pic.twitter.com/r3n7m2FTHj

Me looking for the motivation to graduate #NFID20 pic.twitter.com/nwsMvUH0dL

Like I said, I’m jealous that these kids got to have such a good time with their student IDs.

For mine, I just stared blankly into the camera wearing the latest checkered shirt from Structure.

I can’t say I miss those days…