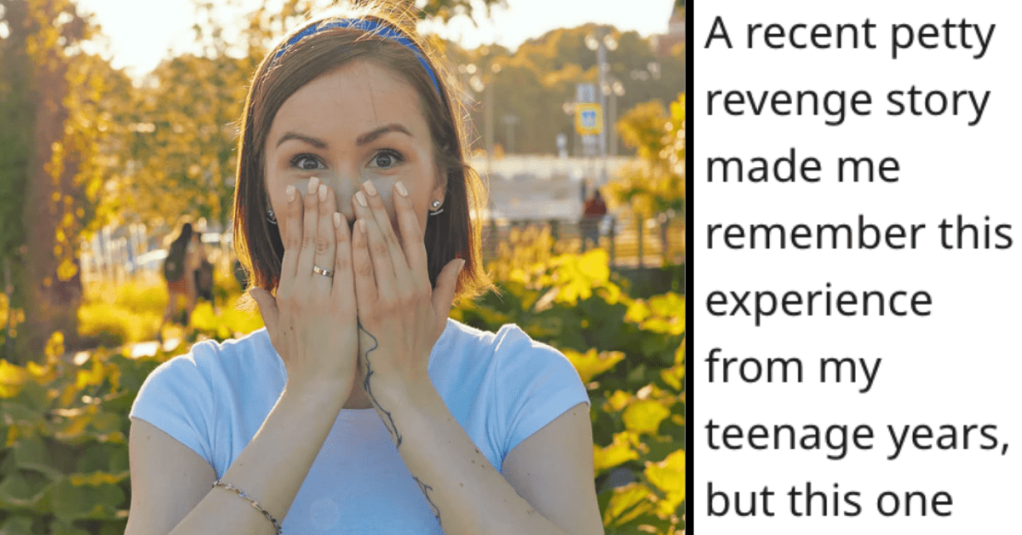 A Dispute Over an Alarm Clock Ended a Woman’s Career

You never really know what kind of dispute will end a friendship or in this case, someone’s career.

The world works in mysterious ways, ya know?

But we’re about to enjoy a story about how an alarm clock played a role in ending a woman’s career.

Let’s take a look, shall we? 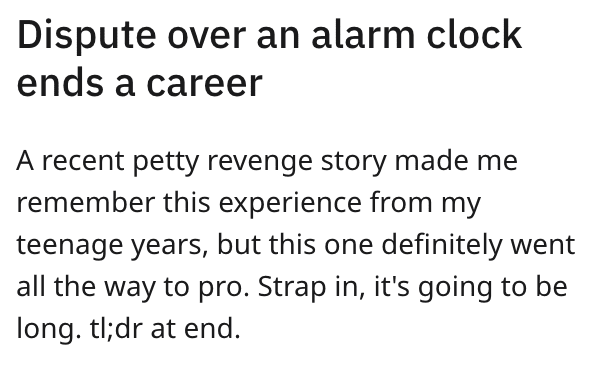 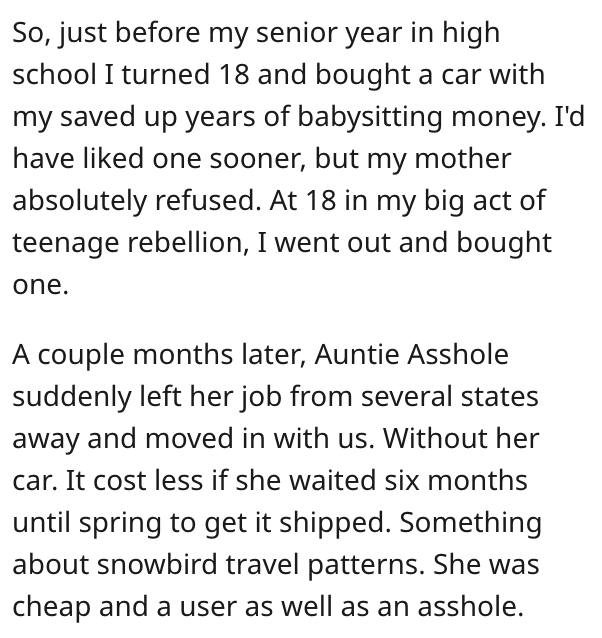 So this person had to share their car with their Aunt. 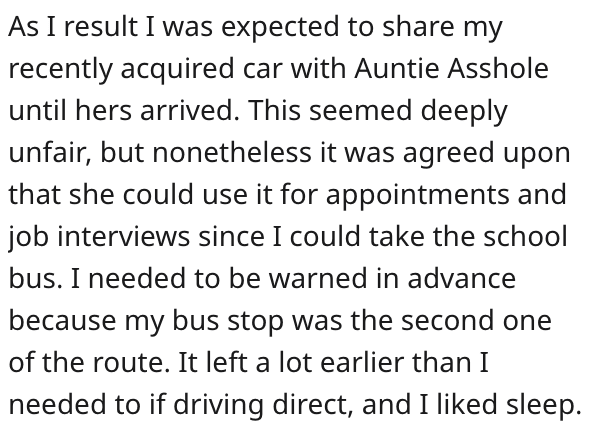 As if the Aunt wasn’t pushy enough, she also started complaining about this person’s alarm clock. 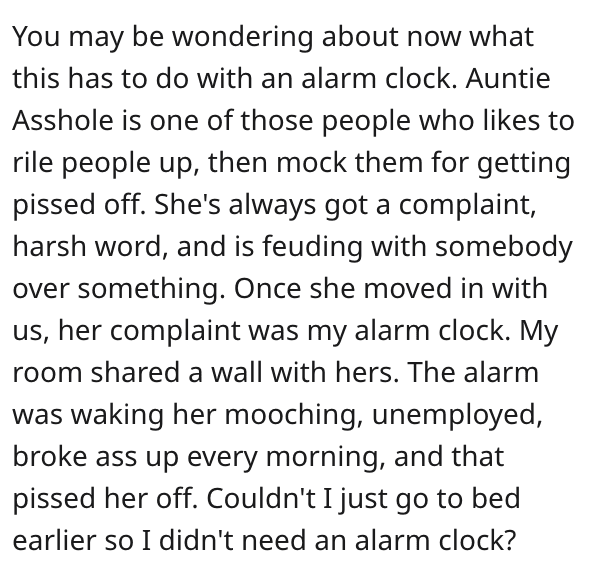 Here’s the breakdown of the schedule. 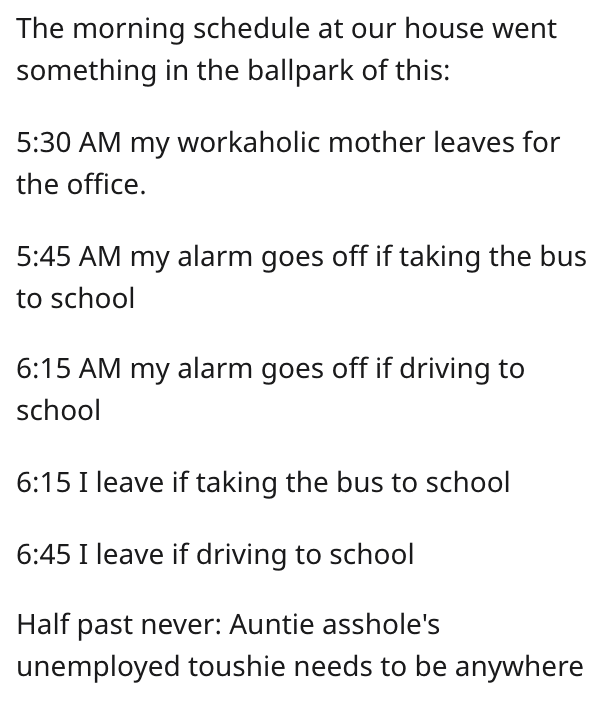 And the Aunt was even so nervy to complain to this person’s mom about said alarm clock.

What kind of a person gets offended by something like this? 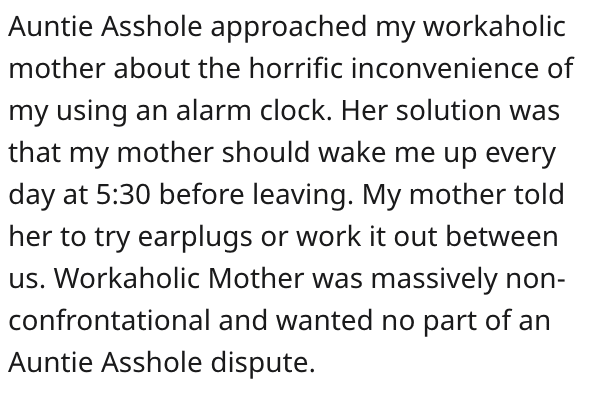 And the Aunt really started pushing buttons in a major way. 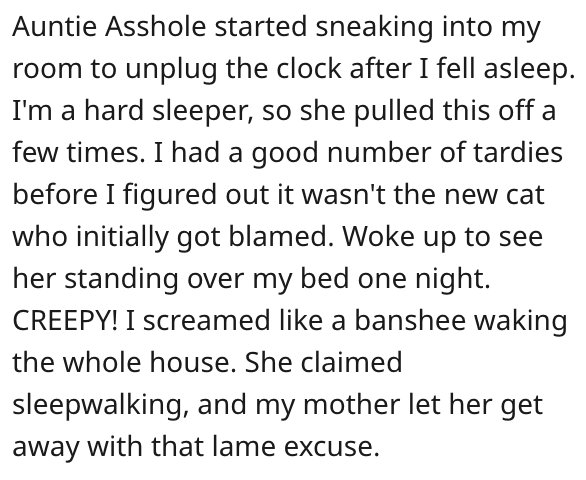 So they tried different tactics to get around the Aunt’s misbehaving. 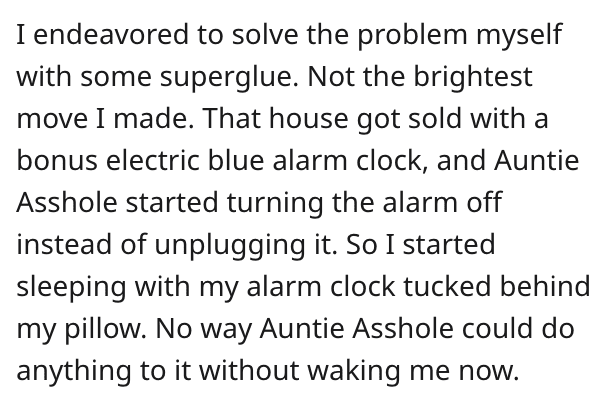 So Auntie started to do even more petty stuff. 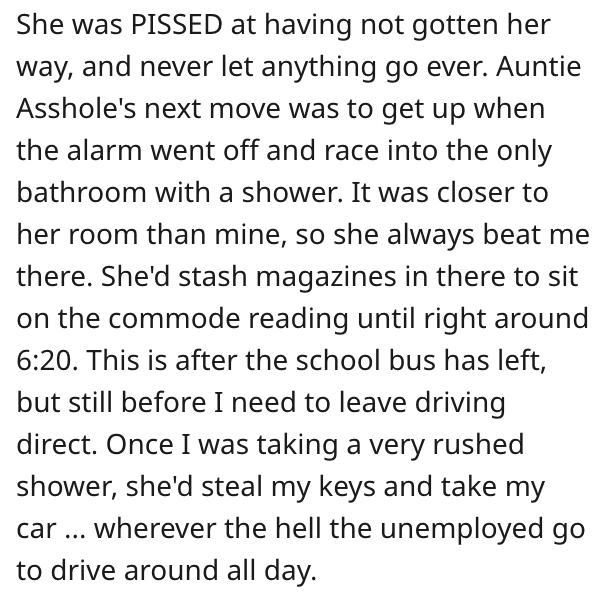 And, when she did borrow the car, she never put any gas in it. 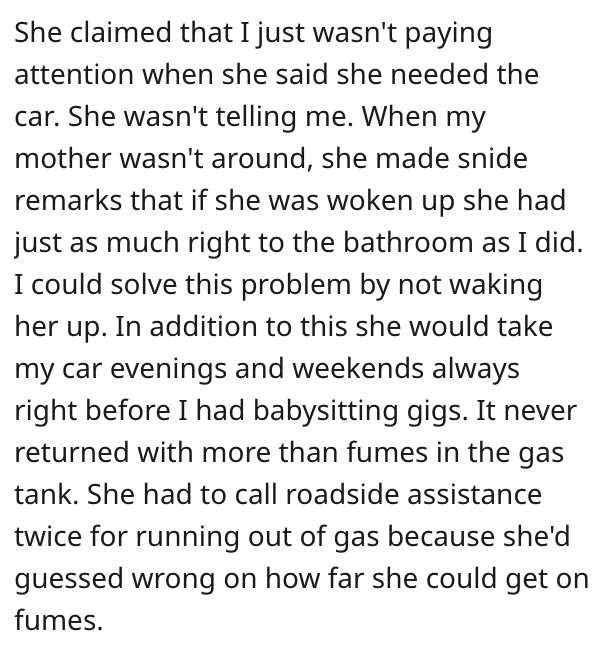 It turned into a cat and mouse game with their new houseguest. 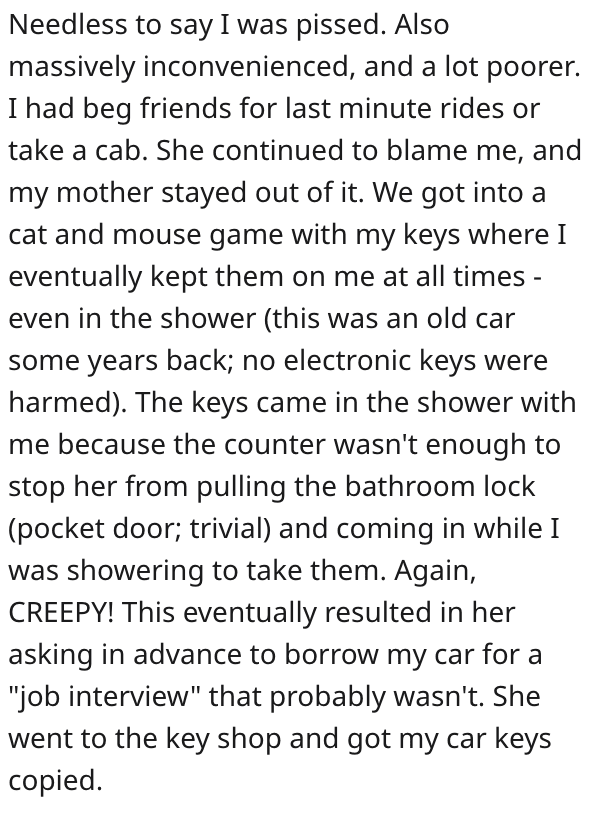 And then this person found out that the Aunt had gone behind their back and made a copy of the key. 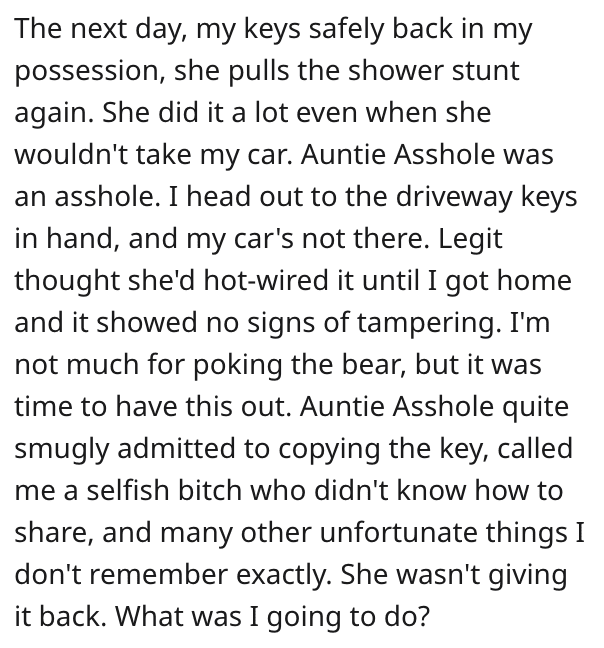 But the Aunt had to continue to provoke this person.

So they turned the tables on her in a major way…and got the cops involved. 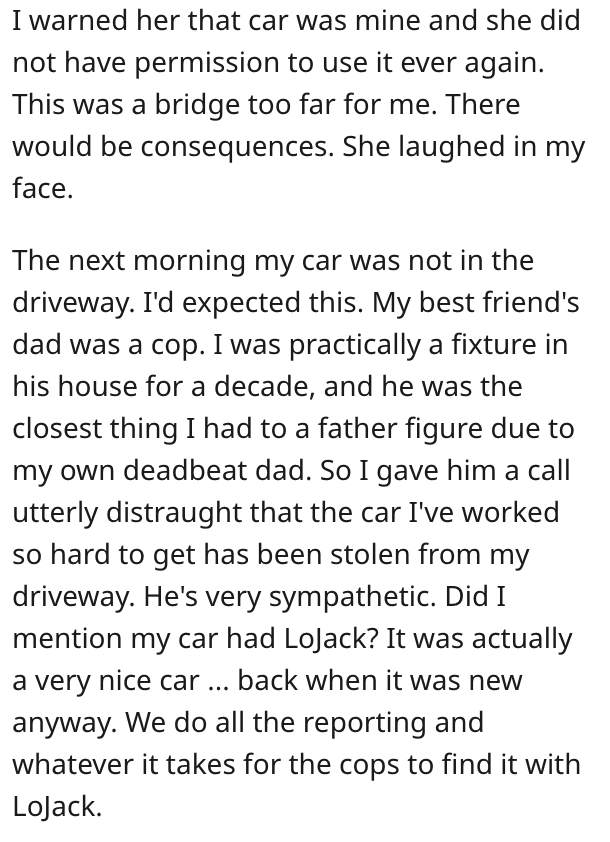 And the cops laid the smack down on Auntie! 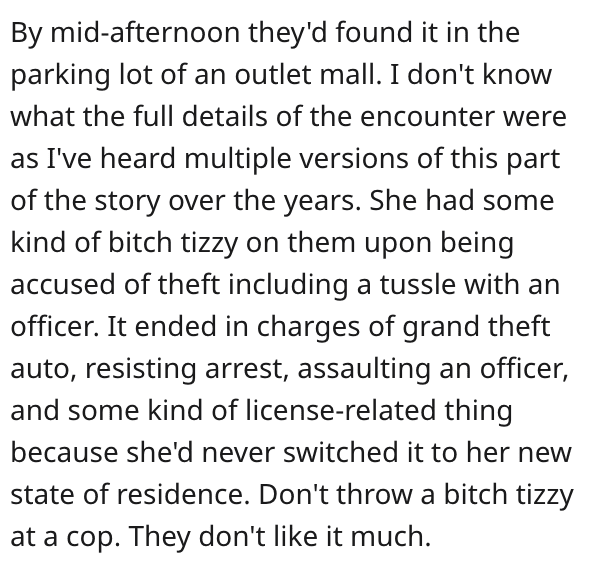 And this person decided to teach her Aunt a lesson and let her sit in the slammer.

She ended up doing two weeks of hard time. 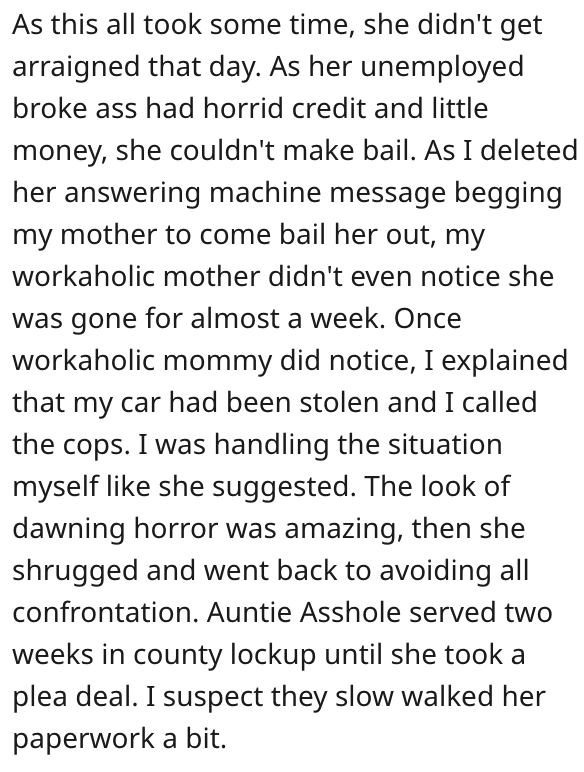 And things just got worse for the Aunt, as the garbage kept piling on top of her.

And she finally learned her lesson the hard way…some people are just like that. 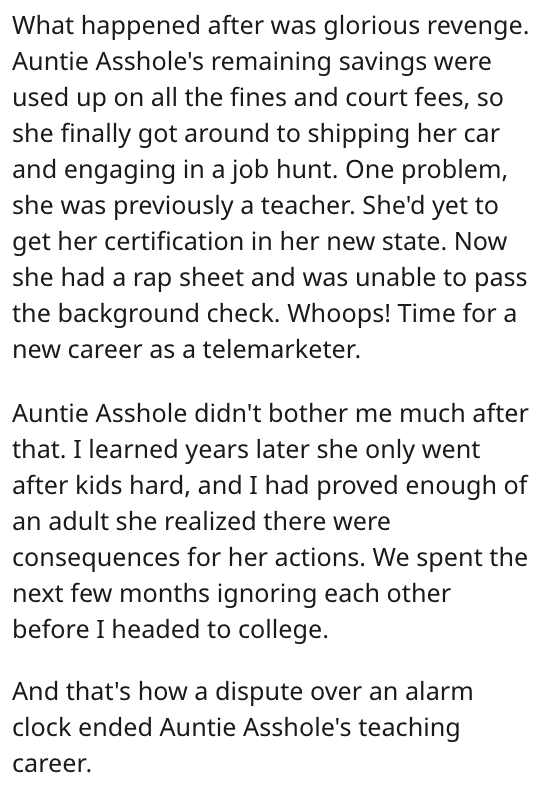 Do you have any, ahem…difficult people in your life?