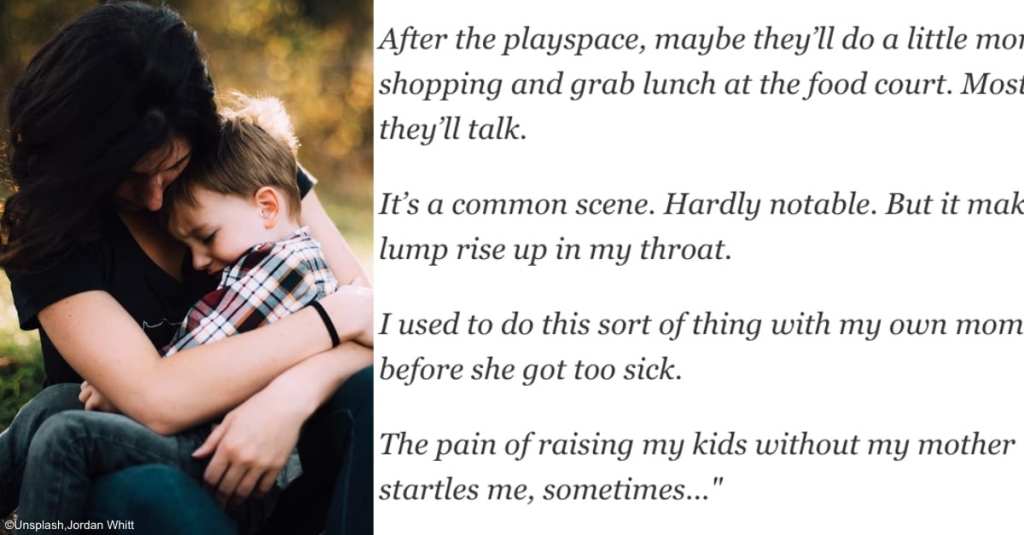 For most parents, raising their kids without their own parents around is a very hard thing. Especially if those grandparents got a little time with those grandchildren and are no longer with us to watch the kids grow up.

The grief never really goes away and a woman wrote a touching article about this. 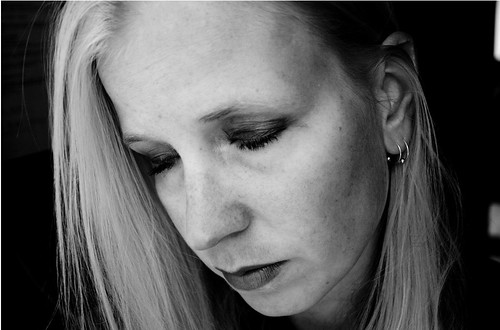 Here is the article from a woman named Liz Curtis Faria.

“It’s a long winter afternoon, and I have nowhere to be. I bundle up and, despite the hassle of going anywhere with a toddler and a baby, we head out to the mall—it has a free children’s play area. Nothing fancy, but it does the trick.

I expect to see a bunch of other mothers, also trying to escape a bit of boredom. This is New England, and the winters are long.

I find my spot on the bench and try to get comfortable. 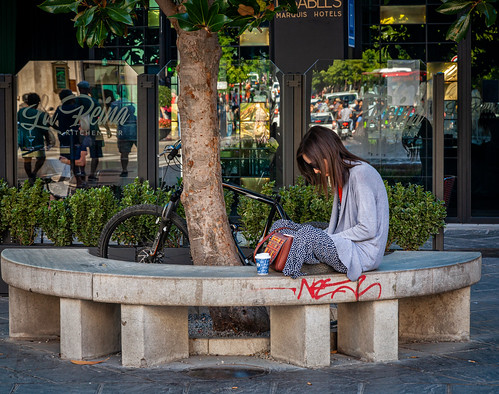 Immediately, my eyes fall on a woman about my age.

Walking alongside her is her own mother—the relationship is unmistakable. Her mother is pushing along the stroller, cooing at her grandson. A 3-year-old plods along beside them.

The woman walks off, alone, for a few minutes. She’ll be back soon, and anyway, her mother loves time with the grandkids. She’ll get a kick of watching the 3-year-old go up and down the tiny plastic slide. 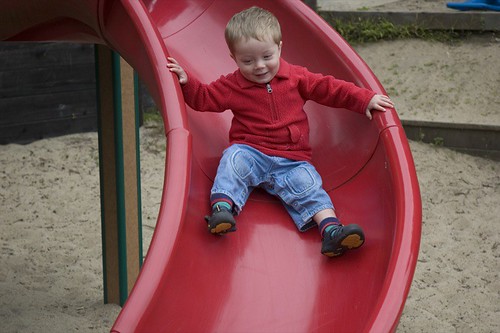 After the playspace, maybe they’ll do a little more shopping and grab lunch at the food court. Mostly, they’ll talk.

It’s a common scene. Hardly notable. But it makes a lump rise up in my throat.

I used to do this sort of thing with my own mom before she got too sick.

The pain of raising my kids without my mother startles me, sometimes…”

That is definitely a hard story to read, for sure, but you can read the rest of her article HERE.

Parents, we want to hear from you. Are you raising your kids without their grandparents around?

Talk to us in the comments about it, please.