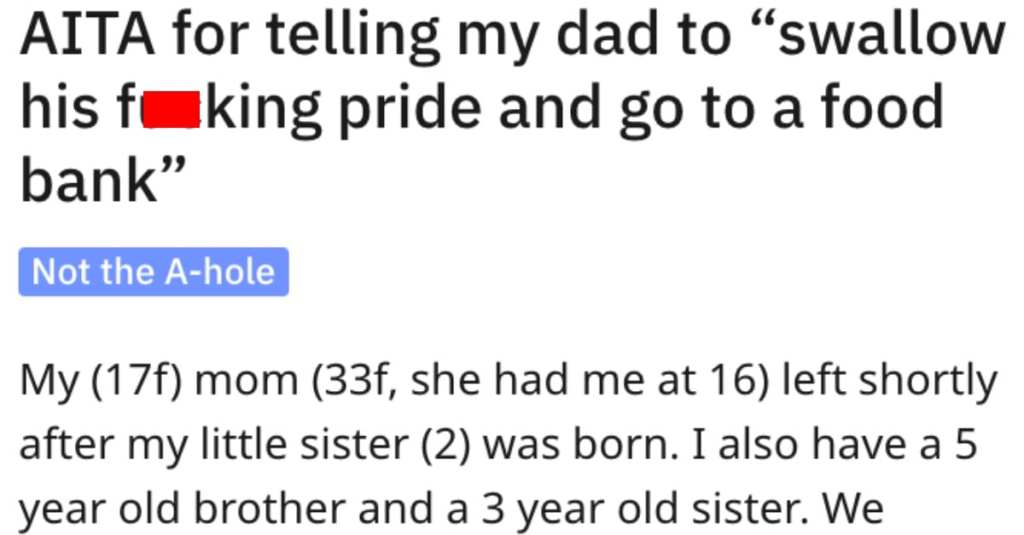 Am I a Jerk for Telling My Dad to “Swallow His Pride and Go to a Food Bank? Here’s How People Responded.

We all know that times are really tough right now.

So many people are out of work and struggling to pay their bills because our economy has been turned upside down due to the pandemic that is still raging.

This teenage girl asked folks on Reddit’s “Am I the *sshole?” page if she was wrong for being harsh and honest with her father who is experiencing major hardships.

AITA for telling my dad to “swallow his f*cking pride and go to a food bank”?

My dad (34M) owned a small business that went under a few months ago due to the shutdowns and has had trouble finding a job since. Right now he’s working 2 minimum wage jobs to try to support us but that barely covers the mortgage and our car payments.

I ended up dropping out of high school so I can take care of my siblings and get a job. I got a great job as a nanny and they’re letting me bring my siblings since they’re the same age as the kids (5m and 3f).

I’ve been paying for all of our healthcare (I have ulcerative colitis and my brother has type 1 diabetes so that sh*t is expensive), my car, and half our food bill and any clothes that my brother and sister need and occasionally some new toys for them.

I know for a fact that we qualify for financial aid at the hospital we go to and maybe snap benefits or food banks. It would make things so much easier on all of us. My siblings and I don’t eat healthy.

Most of what we eat are those bulk bags of cereal at the grocery store and dollar store pasta with beans or sometimes eggs or meat. It’s gotten to the point where the family I work got started giving us all their leftovers so we can eat somewhat healthy.

I talked to my dad about financial aid at the hospital and he actually agreed to it but when I brought up snap benefits or going to food banks he completely shut the idea down.

He kept saying he doesn’t need help getting us food and he survived without food stamps when he was our age so we should too. I lost my temper and yelled at him “swallow your fu**ing pride and go to a food bank because 2 sh*t meals a day isn’t cutting it.” He yelled at me to go to my room and now we’re not speaking to each other.

AITA for yelling at him?”

This person said that the girl’s father probably needed this kind of reality check. 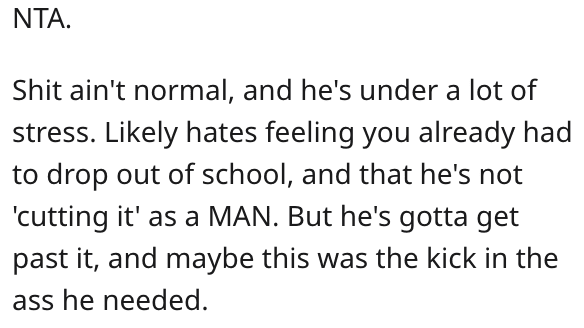 Another person had some practical advice for the young woman and offered up some resources for her and her family to look into.

We’re living in strange times, so no one should be ashamed to get some help if they need it. 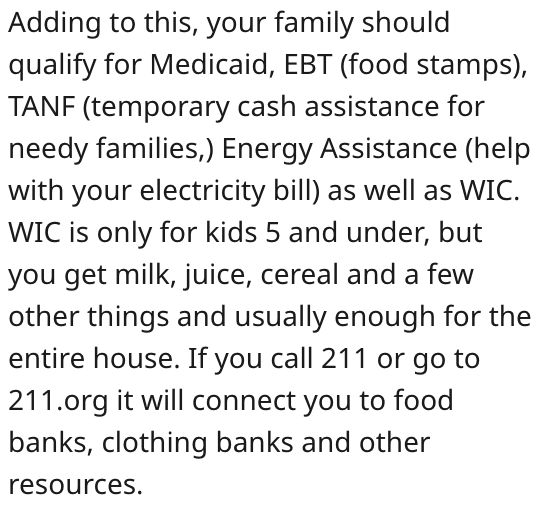 This Reddit user said that the whole problem boils down to one thing: her father’s pride.

Another person said the girl’s dad needs to bite the bullet and get the help the family needs. 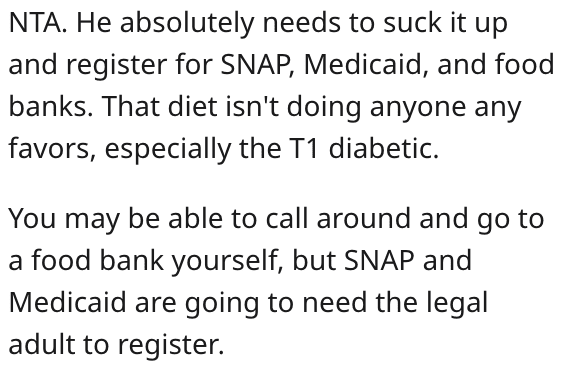 Finally, another person said that the girl’s father should realize that he AND his kids need to be eating healthy and that what is going on right now is a very bad idea for the kids. 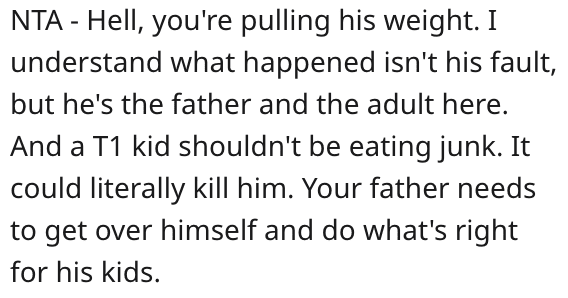 Was this teenager being an *sshole or was she justified in her actions?

Sound off in the comments. Thanks!