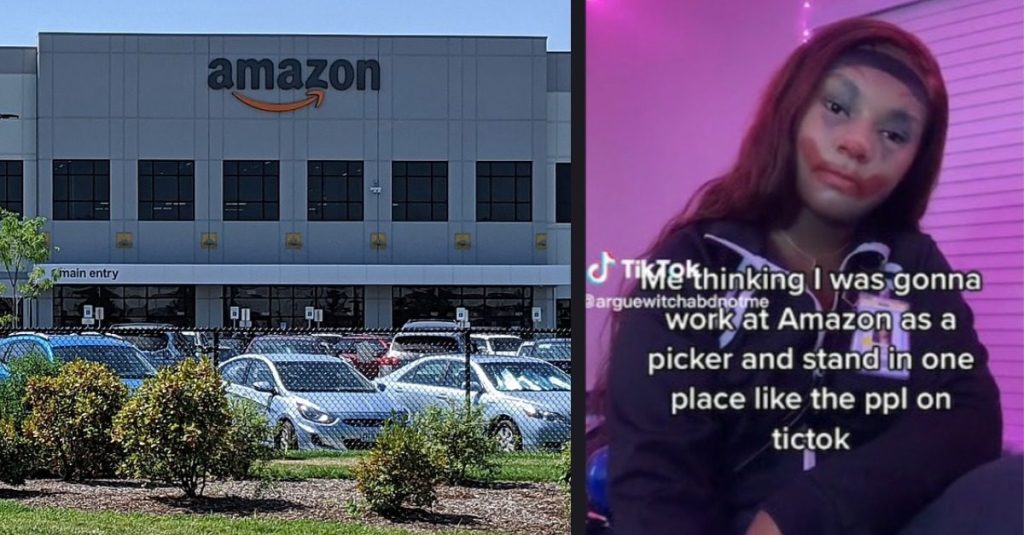 Don’t believe everything you see, right…?

I’m sure you’ve heard that old age before, and we should all take that advice to heart in big doses when it comes to potential jobs and how they’re advertised and portrayed by people.

A woman learned that the hard way when she says she took a job at Amazon…and realized that the job is nothing like it’s portrayed on social media.

The woman shared a video on TikTok where she wore clown makeup and included overlaying text about how she feels foolish for taking the job based on what turned out to be false pretenses.

And her caption says, “Walking 10 miles a mfkn shift.”

The video went viral and people who have worked at Amazon talked about their own experiences at the company.

“Thought I was gonna be able to make TikToks and all. LMAO Amazon is not for the weak!!!!”

Another TikTokker talked about working as a picker at Amazon and said,

“From being a picker, it’s not fun. It’s tiring and you’re not allowed to sit at all even if you have no work.”

Have you ever started a job that turned out to be nothing like you thought it would be?

Talk to us in the comments and share your stories with us.