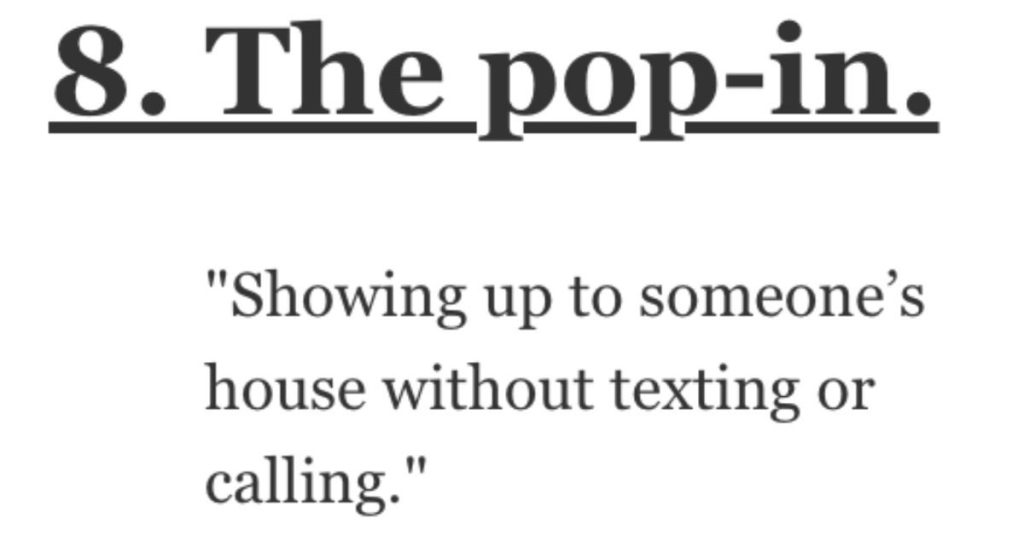 What Was Normal When You Were a Kid but You Don’t See It Anymore? People Shared Their Thoughts.

You know what I haven’t seen in quite a while?

Kids sitting in the way back of cars facing backward.

Does that still exist?

Or is that considered unsafe these days?

Looking back on it, I guess it probably wasn’t the safest thing in the world…

And that brings us to today’s conversation: check out what AskReddit users said was normal when they were young but they don’t see anymore.

“Renting physical copies of movies at the video store, and being irritated when the one movie you wanted to watch was already rented.

Or worse, when everything switched from VHS to DVD, every rental was a gamble that the movie was actually playable.”

Hosted by Elvira and Godfrey. Would have sleepovers with friends and stay up all night.”

One kid gets chicken pox and his parents throw a party for the kids in the neighborhood, so all the kids can get it.

4. They’re out there somewhere…

“Playing away from home for hours with no updates send to the parents.

Now, pretty much don’t see it at all.

It’s either the parents smother the kids so don’t let it happen, or insist on regularly communication.”

“TV Guide, and knowing what day/time your favorite show was on so you wouldn’t make any other plans.”

I feel like I don’t see those around anymore.

I can still smell the plastic.”

“Cassette tape unwound down the side of every road, tangled on the bushes.

I swear you couldn’t drive a mile without seeing cassette tape.”

“Showing up to someone’s house without texting or calling.

“Kids getting sent to school on their bikes. I rode 2 1/2 miles each way every day.

Now, parents sit in their cars with their kids at bus stops 200 feet from their front door.”

I remember ash trays at every place we ever went to eat as a kid.

“Car Bras. It occurred to me that it was a non-existent thing now.

I had to explain to my 14 year old daughter what they were.

I showed her a picture and she was highly disappointed that there were no b**bs on the car.”

EVERYONE at school watched with their families at home and we all had a common experience and things to talk about.

The shows were great and family centered but still good quality. Now ABC is different and not in a good way.”

“Walking someone up to the boarding gate for their flight.

And if you really cared about them, waiting to leave until they turned the corner in the tunnel to get on the plane.”

So tell us what you think about this in the comments!